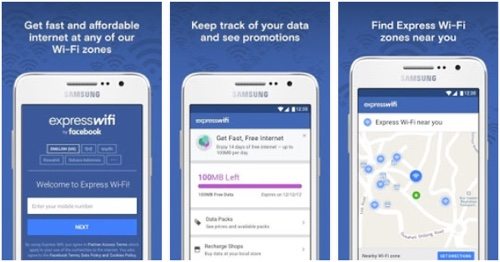 Here is a list of recent updates from social media platforms. There are tools for content monetization, messaging, podcasting, tagging, analytics, customer interaction, and more.

Facebook is testing new tools and experiences for creators. Facebook is exploring two new monetization features for creators: a tool that helps advertisers and creators easily connect for branded content opportunities, and an option to support a creator with a monthly payment. Facebook is also piloting a product-testing program and a content-rights-management tool for creators.

Facebook launches augmented reality effects tied to real-world tracking markers. Facebook is using location markers in the real world to trigger experiences from its augmented reality camera. It’s testing the feature with promotions for Ready Player One and Wrinkle In Time films. In April, it plans to add tracker-based augmented reality to its AR Studio tool, which is open to all developers.

Google launches Shoppable Actions. Google has launched a “Shoppable Actions” program, giving consumers an easy way to shop for products on Google Assistant and Search with a universal cart. This can help consumers shop effortlessly with your company and across Google with a shareable list, universal shopping cart, instant checkout, personalized recommendations, and more. Shopping Actions use a pay-per-sale model, meaning you only pay when a sale takes place. Shopping Actions appear within the sponsored Shopping Unit on the Google Search page, and on Google.com/shopping. Organic rankings are not impacted or changed.

Google unites payment tools under Google Pay. Google has launched Google Pay app for Android, to replace Android Pay and Google Wallet. With Google Pay, shoppers can check out without having to enter their payment information. Shoppers also receive exclusive offers and reminders to use a loyalty card when entering a store. Google Pay doesn’t share card numbers, so user information stays secure.

Introducing Google AMP Stories. Google has launched a Stories format for the open-source infrastructure of Accelerated Mobile Pages, for “visually rich, tap-through stories” such as Snapchat Discover and Instagram Stories. A publisher hosts an AMP story HTML page on its site and can link to it from other pages. And, as with all content in the AMP ecosystem, discovery platforms can employ techniques such as renderable pages, optimized video loading, and caching to optimize delivery to the end user. The format comes with preset but flexible layout templates, standardized user interface controls, and components for sharing and adding follow-on content.

Google Lens apps arrive. Google has launched Google Lens apps for Android and iOS. The feature can identify objects, buildings, and landmarks, and tell you more information about them, including relevant phone numbers, addresses, and hours of operation. It can also identify books, paintings in museums, plants, and animals. For some objects, it can also take actions.

Snapchat gives creators analytics. Snapchat creators who make official Stories or have large followings will start seeing view count and demographic analytics on their Snapchat profile. Stats include total story views, time spent viewing, daily unique story viewers, audience demographics, and audience interests such as film and television, food, and fashion. The new analytics could help creators show their total reach, refine their posts to match their audience, and compare their following to other platforms.

Snapchat adds @ mention tagging. Snapchat now lets users to @-tag someone in a Story, to call each other or promote their favorite influencers. After shooting a photo or video with the Snapchat camera, users can add text to it. While there’s no type-ahead drop-down menu like on some social networks, you can “@[someone’s username]” to mention them and even select the Add button through the “More” option.

Twilio Flex. Twilio has launched Twilio Flex, a contact-center application platform built for two-way integration. Send and receive data from other tools — whether they’re homegrown or from Twilio’s marketplace of third-party custom integrations — to manage any customer interaction using a single interface. Flex is instantly deployable with a suite of channels baked into the user interface that you can choose to add with a few clicks in the provisioning wizard. 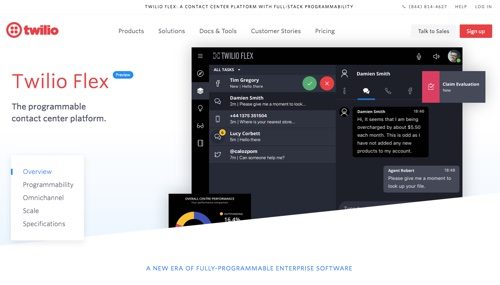 Pinterest Shopping Ads now available to advertisers. Launched last year, Pinterest’s Shopping Ads are now out of testing and are available to hundreds of advertisers. Shopping Ads allow advertisers to create ads automatically on the platform by pulling images from their product feeds. Pinterest is testing new ad designs aimed at prompting “more visual shopping cues” and expanding its Shop the Look program (an ad product that allows users to shop directly from a Pin) to France, Germany, Japan, and the U.K.

Expanded to over 130 countries, YouTube Go now supports higher quality videos. YouTube Go, the mobile version of YouTube built for emerging markets with features like offline viewing and nearby sharing, is expanding to over 130 countries. This wider rollout makes YouTube videos available to more people, even if they don’t have a good connection, or if they are offline. YouTube Go includes a suite of features that take into consideration the high costs of data, poor signal strength, and the prevalent use of SD memory cards on Android devices.

Anchor 3.0 offers enhanced podcast tools. With the relaunched broadcasting app Anchor, users can record a high-quality podcast, host unlimited episodes, and distribute with one click. The new app will now drop users directly into a podcast creation screen, with color-coded buttons for using Anchor’s various features in addition to the red “Record” button. There are buttons for recording with friends, for call-ins (now called voice messages, for direct, private conversations), for adding music from Apple or Spotify, and for adding transitions from Anchor’s built-in library of sounds. 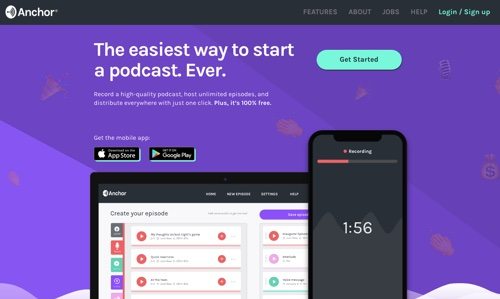