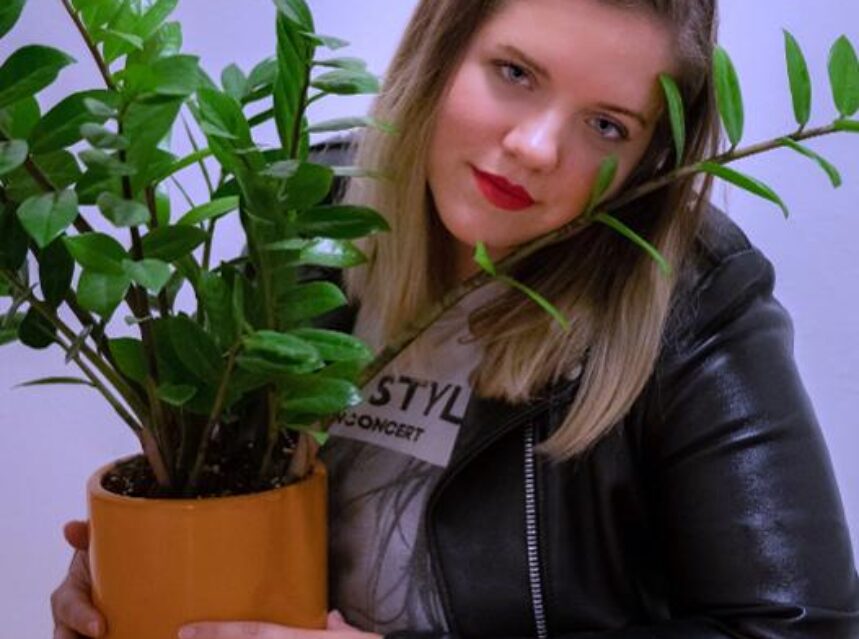 Ellie McElvain often talks about female sexual health and pleasure when she is onstage. “I think it’s embarrassing talking about comedy mattering, because I think it is nice that we can even distract people. I don’t like to get to holier than thou,” she says. “But I do know that one 32-year-old woman got to have an orgasm for the first time partially because a joke I wrote and that is what keeps me going.”

27-year-old McElvain is a writer for the popular daily web show Good Mythical Morning and has appeared on the show as well. The show uploads daily to their over 15 million subscribers and has uploaded over 2700 videos. McElvain is also a former writer for AwesomenessTV and is currently working on a new podcast all about Taylor Swift.

“I didn’t know that this was something one could do,” McElvain says about pursuing a full time job in comedy. After not making it onto the improv team at Scripps College, she started doing standup. After college, she stayed in Los Angeles and continued doing standup for the simple fact that she loved it. “I kept doing it. People told me I was ok and that’s encouraging; no one actively told me to stop.”

McElvain bounced around Los Angeles working behind the scenes on digital shows as a production assistant; at the same time she was building an audience on Twitter. A writer on the show she was a PA for thought she was funny and came to see her show. He then asked her if she thought she could write for a digital pop-culture web series on the now defunct Go90. “I said ‘Sure!’ But I had no idea if I could do that or not,” she says. “He lied for me. He said [to the staff at the show] that I was a writer for the show that he worked on, which was not true, I was just a PA and no one had let me write anything. I went in there and pretended it wasn’t a lie and they hired me.”

While she had lied her way into the room, she couldn’t fake it when it came to writing scripts. “The first day, when I was panicked and had imposter syndrome because I was truly an imposter, I just wrote and it made it to air,” she explains. “I realized I can do this. I have been training for this even if no one has paid me for it yet.”

McElvain was also harboring another secret, that she never graduated from college. She suffered from severe academic anxiety and depression. Often if she didn’t get a paper perfect on the first attempt, she wouldn’t turn it in. Writing in the digital space made her break that practice. “I truly thought this [anxiety] would follow me my entire life,” she says. “But at that first job we went live every day… it was kind of perfect because I had to do the work.”

While she has changed jobs, she has never left the digital space. “It’s not like TV, you see the stats immediately,” she says. “The search engine optimization terms affect it, whether or not a video succeeds or fails. It is so technical and algorithm-based, so as a writer, you have to learn from that and use it to your advantage. I think there are a lot of writers who feel frustrated by clickability… When I am in the room and we are reverse engineering ideas from terms and subjects that happen to get a lot of eyes on them, you end up having to get really creative. It is like a constant writing exercise.”

Even though she is behind the scenes at Good Mythical Morning, she is a presence with fans of the show. “I have a body and sometimes people think my body is too big,” she says. “I get a lot of fans of Good Mythical Morning in my dms asking me, ‘’How do I find confidence?’ … One thing that I like about comedy, more than any sort of other public facing creative work is that it’s irrelevant to the way that you look. Fans of the show are often very young and they have questions about how life is going to go for them and I am so happy when my brand of comedy makes them feel better about themselves. I hope I can continue to do this.”