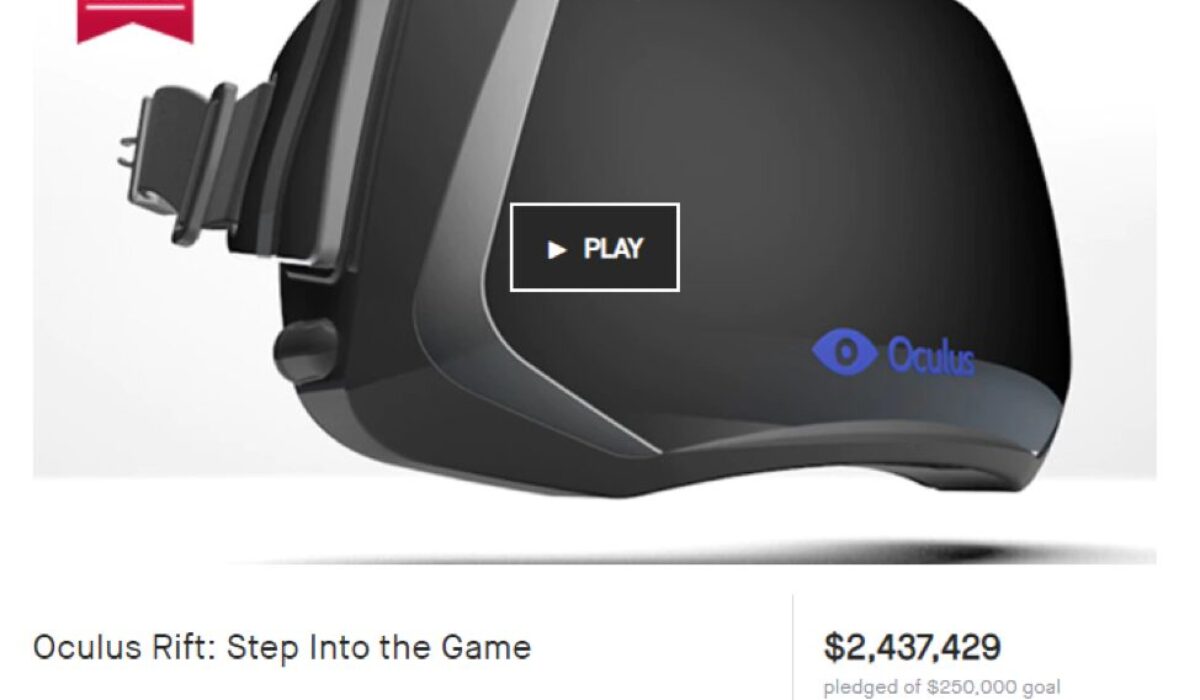 Do you know that it costs five times more to acquire a new customer than it costs to retain an existing one? Or that getting your customer churn rate to reduce by just 5 percent can increase your profitability by up to 125 percent?

If done right, the right use of a few cognitive biases can make a lot of difference.

#1. The IKEA Effect: People Support and Promote What They Helped Create

Facebook’s purchase of Oculus for $2 billion in March 2014 was the talk of the town, not just because of the mouthwatering amount Facebook decided to drop for Oculus but because Oculus was pretty much nonexistent just a few years back.

In fact, just two years earlier Oculus had to start a Kickstarter campaign to raise a “measly” $250,000 to fund the development of its Oculus Rift VR headsets.

So how did a company that was pretty much nonexistent go from practically begging the “crowd” for $250,000 to develop its product to being acquired by one of the biggest companies in the world in just two short years?

The answer is the IKEA effect.

Thanks to the IKEA effect, Oculus didn’t just achieve its Kickstarter funding goal but it achieved it within 24 hours and went on to achieve almost 10 times its campaign goal by the time the campaign was over.

So what is the IKEA effect and how did Oculus use it to boost customer loyalty and achieve massive valuations for a practically nonexistent brand?

Simply put, the IKEA effect is a cognitive bias in which people perceive products they helped create to be of significantly better value than identical products in which they had no involvement.

The name was derived from the approach Swedish furniture manufacturer IKEA uses, in which users have to manually assemble furniture they purchase from them.

Due to having to manually assemble IKEA furniture, research has shown that consumers believe they are far superior to similar furniture from competitors since it is their creation.

In a study on the IKEA effect, researchers divided participants into two groups and ask them to bid on furniture.

The researchers found that participants who assembled their own IKEA boxes were likely to offer 62 percent more than participants bidding for the pre-assembled boxes.

Here are some ways Oculus used the IKEA effect to boost customer loyalty:

Right from the get-go, Oculus made it clear that its VR headsets were for gamers.

Unlike much bigger companies in the same industry, however, Oculus took things a step further: it didn’t just come up with VR headsets and ask gamers to use it.

It had gamers involved every step of the way in creating the Oculus Rift.

Even for users who aren’t game developers, Oculus still tried to carry its users along by allowing them to support the development by investing their funds. This was done through the Kickstarter campaign, and people were given the option to contribute as little as $10 (in return for receiving “special thanks” and being kept in the loop on development progress).

Over a thousand people did!

Thanks to Oculus’s carefully-executed campaign, one thing is clear: users felt that THEY created the Oculus Rift and supported it.

So how can this principle be used for your own business?

Here are some ideas.

#2. Priming Bias: Subconsciously Anchor to a Higher Price to Give the Impression of a Bargain

Take a look at the following two scenarios:

You are interested in a pair of sneakers and come across an ad.

The copy discusses the features and benefits of the sneakers and subtly mentions the fact that similar sneakers cost between $150 to $200 a few times. When it’s time to ask for the sale, you’re asked to pay $79 for the pair of sneakers.

You are interested in the same pair of sneakers above and come across an ad copy for it.

This time around, the ad copy discusses the features and benefits and tells you flat out it costs $79.

In scenario 1, when the copy mentions that other sneakers cost between $150 to $200, you’re most likely expecting to pay in that range. When you eventually find out that it costs just $79, however, there’s hardly any resistance. Your immediate reaction becomes: “S*** ** and take my money!”

So why is the ad copy in scenario 1 more likely to be effective?

Because it uses a cognitive bias known as priming.

Specifically, it uses a form of priming effect known as “anchoring.” In this example, the “$150 – $200” cost serves as a reference point for you to compare the actual cost of the sneakers — in most cases, this happens subconsciously without you having an idea anything has happened.

A good real-world example comes from this comparison of website builders:

Right there in the intro of the comparison, it says that it could cost $2,000 on the low end to set up a custom website (without accounting for maintenance and updates).

Naturally, you will expect the recommended website builders to cost quite a bit… but you take a look at the price and see that it can cost as little as $5.99 and, at most, $45. You are instantly sold!

So how can you use priming to endear customers to your brand?

#3. The Bandwagon Effect: Nothing Attracts (and Retain) a Crowd Like a

Does the name Zachary Taylor sound familiar? If yes, that’s because he is the 12th president of the United States that a clown helped get elect.

When campaigning for president in the 19th century, Zachary Taylor enlisted the support of Dan Rice.

Rice was a famous clown and a household name at the time. During Rice’s campaign for Taylor, he used a bandwagon and made it central to his campaign by asking people to “jump on the bandwagon” to show their support for Taylor.

Taylor will eventually get elected, and “the bandwagon effect” was coined to describe a cognitive bias in which people embrace an idea not necessarily based on its merit but simply because the idea is popular.

So how can you use the bandwagon effect to boost sales and customer loyalty?

Here are 3 things to keep in mind.

#4. Ben Franklin Effect: Use the Power of a “Small Commitment” to Get Bigger Commitments

In the 18th century, American polymath and one of the Founding Fathers, Benjamin Franklin had a rival legislator who always opposed him. Intending to win this rival legislator over, and leveraging his deep understanding of human psychology, Franklin decided to win him over.

Having learned that this rival legislator had a very scarce book in his library, he wrote him a note requesting that he do him a favor by lending him the book for just a few days.

The rival legislator lent Franklin the book, which he returned a week later with a strong sense of gratitude. When they next met in the House, this is what Franklin had to say:

“When we next met in the House, he spoke to me (which he had never done before), and with great civility; and he ever after manifested a readiness to serve me on all occasions, so that we became great friends, and our friendship continued to his death.”

Franklin would later write in his autobiography that his reason for using this particular approach was because of his understanding of the fact that: “He that has once done you a kindness will be more ready to do you another, than he whom you yourself have obliged.”

This, in essence, is the Benjamin Franklin effect.

Get people to do you a favor, or get them to make a little commitment to you, and they are likely to follow in that pattern and do even more.

So how can you use this to boost customer loyalty?

As he was trying to boost conversions for his QuickSprout Traffic System, Patel decided to experiment with the following options:

Can you guess which of the options converted better?

The ones with the free trial.

In fact, the third and fourth option converted equally, and it didn’t really matter whether there was a money-back guarantee with the free trial.

Patel found out that double the people who would sign up when he only offered a money-back guarantee did so when he offered a free trial.

This aligned with Benjamin Franklin’s idea of getting people to make a commitment, and a similar approach can be used for your business.

Whether it is a low-commitment trial (such as charging a dollar, for example) or a free trial, you might want to experiment with free trials, or any other method that gets people to make a commitment (no matter how low), for your products and offers.

Implementing the above cognitive biases isn’t rocket science but, besides giving you an instant sales boost, it can go a long way to make customers loyal to your brand.

Ayodeji Onibalusi is the founder of Effective Inbound Marketing, a content marketing, and guest blogging service company. He is an experienced internet marketer and works with medium and large-sized business to increase traffic to their websites.

Be in the know 📥
Sign up for The Mention Memo

Get the latest and greatest digital marketing
+ social media tips every week!