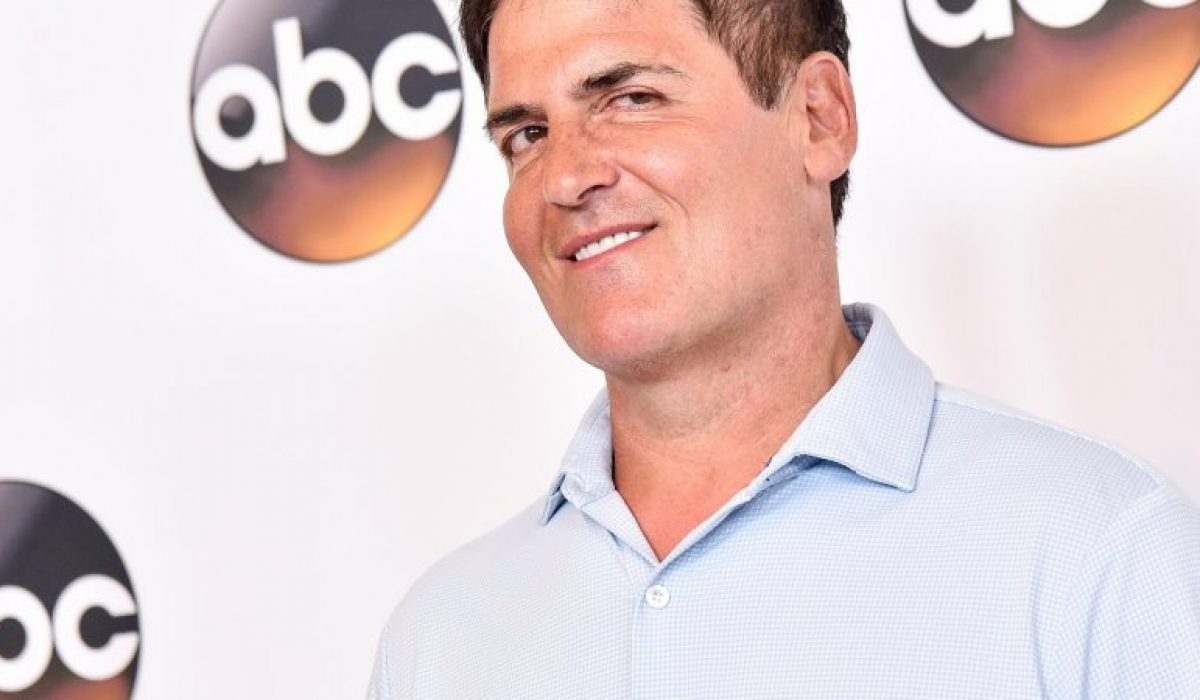 If there’s one guy entrepreneurs hope to emulate, it’s Mark Cuban. The Dallas Mavericks owner, Shark Tank star and self-made billionaire is wildly successful. If we can imitate his habits and follow his advice, perhaps some of his success will rub off on us. And maybe if we read like him, too. (Like this book, which he attributes to helping him make his first $1 million.)

This summer, Cuban had his nose in a few interesting books. He shared the titles that made his summer reading short list during an interview with Daniel Lippman of Politico. “I’m trying to keep up with what’s happening around the world,” Cuban said. “So my reading has been a little more eclectic than past summers.”

If you hope to be like Mark Cuban when you grow up, crack open one of these books. Warning: Light beach reads these are not. The titles span social psychology, computer science, sociology and politics. So be prepared to put on your thinking cap and dig into some perspective-altering topics.

On Mad Money last fall, Mark Cuban spoke about machine learning as the next big breakthrough technology. “I think the grand slam is going to come from deep learning, machine learning,” Cuban said. So it’s no surprise he’s reading up on the topic.

The authors of Machine Learning for Dummies are data science experts with an entire library of books on computer programming under their belt. Mueller and Massaron touch on the many everyday applications of machine learning such as filtering spam from your email inbox and calculating your credit score. This book describes the complex topics of machine learning, artificial intelligence and processing data in layman’s terms. If you want to dig into the relevant programming languages, Machine Learning for Dummies also goes several steps deeper to get you started.

The True Believer: Thoughts on the Nature of Mass Movements by Eric Hoffer

First published in 1951, American social philosopher Eric Hoffer wrote The True Believer in response to totalitarian governments that rose to power until Hitler and Stalin. Hoffer analyzes the social psychology behind how individuals can become fervent fanatics of a political movement, faith or group. The book was an instant best-seller when it came out over 60 years ago, and is now experiencing a resurgence of popularity.

Could this choice of book elude the murmurs of Cuban’s 2020 run for president? Maybe. People are asking, and it sounds like he’s not ruling it out. Cuban recently appeared on the Rich Eisen Show, who asked him point-blank about a presidential bid. “I wouldn’t put it high on my list of probabilities but we’ll see what happens,” Cuban said. “I’ve got a lot of time to decide. It’s flattering that people ask me and I appreciate it, and there’s definitely a leadership void in this country, but I’m not jumping in.”

Just released a few months ago, White Working Class challenges reader in the elite class to get a clue about how they view, understand and talk about white working class whites. “We hear talk of ‘trailer trash in ‘flyover states’ afflicted by ‘plumber’s butt’– open class insults that pass for wit,” Williams wrote in a New York Times op-ed piece. Williams’ previous work has focused in gender bias, particularly in workplaces . She’s also written about the intersection of gender and class, and how that affects working class families.

Despite being a billionaire, Cuban understands the white working class well. It’s one reason why his story is so sensational. Because he wasn’t always rich and grew up in a working class community in Pittsburgh. Cuban’s dad installed upholstery in cars and his mom worked odd jobs. “People thought I might go work at a mill,” Cuban said on Shark Tank. “My mom wanted me to learn how to lay carpet because she was concerned about my future. Nobody had high hopes for me. But I was a hustler.”

Mr. Putin: Operative in the Kremlin by Fiona Hill and Clifford G. Gaddy

Want to better understand Russian president’s psychology and motivations? This is the book that does just that. It’s more than a biography of the leader. Hill and Gaddy dive into the mind of Putin and how it affects his actions at large. Though some Amazon reviewers describe Mr. Putin: Operative in the Kremlin as somewhat academic read, others say the background and context it provides in regards to Russian politics is useful.

Eyes have been on Cuban as he has become more politically involved and vocal about his thoughts on Russia in relation to the American political climate. He’s offered his thoughts on President Trump’s ties to Russia. If that 2020 presidential run is in the works, Cuban is wise to brush up on his Russian knowledge and Putin psyche now.