43North promises to stage a glitzier show at Shea’s on Oct. 30 when startups compete for a $1 million grand prize.

This is the sixth year of the business plan competition, and organizers say they are ramping up the drama with a new set, lighting and music for the “Shark Tank”-style production. It’s a departure from the same set and chairs the event has used for the past five editions, said Colleen Heidinger, 43North’s vice president of programming and community strategy.

“It was just time to take things up a notch for sure,” Heidinger said. Alexander Gress, 43North’s president, said finals night will be “a mix of a sports theme meeting ‘Who Wants to Be a Millionaire.’ “

This year’s competition also features a bracket challenge that allows the public to get in on the action and win a prize.

43North on Tuesday revealed the names of the 16 companies that have reached the final round. They emerged from a field of 528 entries that was cut to 129 semifinalists in August.

On Oct. 29, 43North will hold a finals qualifying round at Seneca One tower, which will reduce the field to 10 contenders that will make pitches onstage at Shea’s the following day to a panel of five judges. Eight of those 10 contestants will walk away with prize money. Seven of them will win $500,000 each; one will win $1 million; and two won’t win any money.

Prizewinners must agree to have their CEO and at least 50% of their staff based in Buffalo for at least one year. 43North also gets a 5% equity stake in the companies.

“These are companies that want to be in Buffalo,” Gress said. “They are looking to anchor and accelerate their growth.” 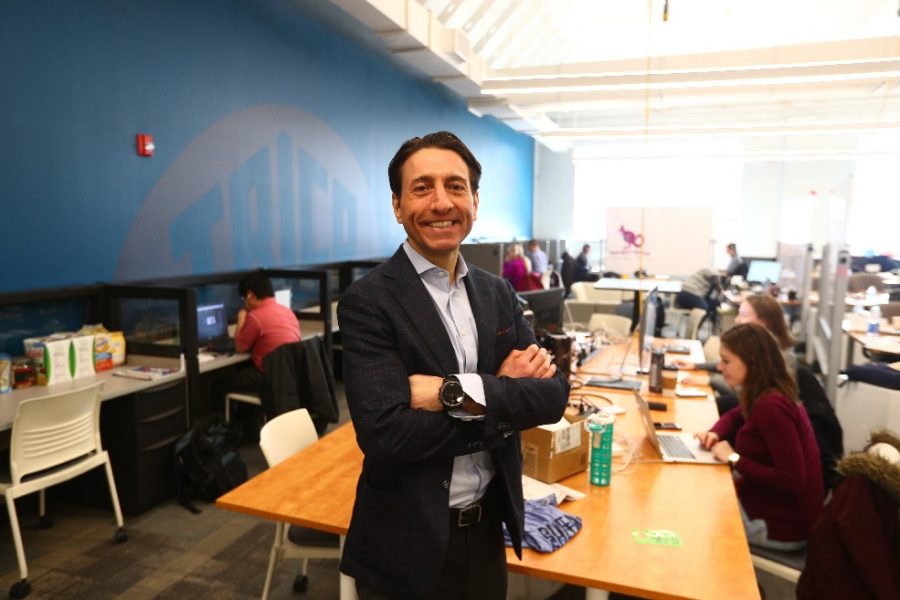 This year’s finalists are “later-stage companies, stronger companies, really diverse in terms of the problems they are trying to solve,” said Lauren Baynes, 43North’s vice president of portfolio management and selection. Two of the finalists are based in Buffalo, including one that moved here from Long Island a couple of months ago. Others are from around the United States and Canada, and one is from Poland.

The 16 finalists endured a rigorous review, both from the judges who evaluated their pitches and the 43North staffers who conducted additional background research, Baynes said.

“We try to understand what about the program is attractive to them, because we’re not looking for companies that are just attracted by the capital,” she said. “You can get capital from other sources. Our program’s pretty intense and we want to make sure that people really want to take part in that program and embrace the community.”

The public can also get involved this year, by trying to pick winners in a “Start-Up Madness” bracket contest. Entrants will try to correctly identify the final 10, the eight prize winners and the grand prize winner. One winning entrant will receive free use of a suite for a Buffalo Sabres game, donated by Pegula Sports and Entertainment. Entry forms will be available through the 43North website.

Tickets to the 43North final round are free, with general admission seating, and will be available on the 43North website.

43North on Oct. 30 will also host an Upstate Startup Summit, bringing together 30 investors and 50 invited startups from upstate.

Business app for appointments and payments