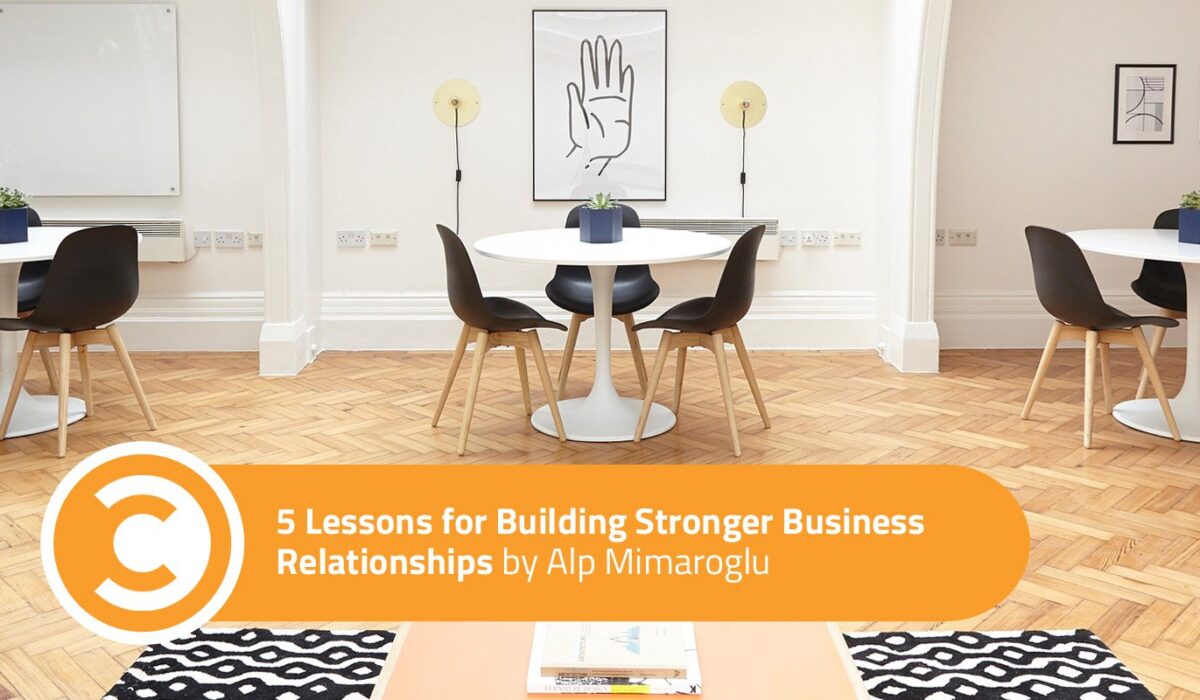 Some people hate it, some people love it, but we can all agree that networking is one of the most important business skills.

Paul Teshima knows about networking. A co-founder of Eloqua, Paul is currently the CEO and co-founder of Nudge.ai, an AI-powered networking platform that shows you not just the number of connections you have, but the strength of your relationships, too. Nudge.ai literally “nudges” you when there’s a sales opportunity you’re probably overlooking.

The best business leaders and institutions understand your network is your net worth, and they do everything they can to invest in their relationships. But I wanted to learn more about how you can actually build relationships. I had the chance to speak with Paul recently about growing networks and building trust-based business relationships.

Your Network Really Is Your Net Worth

Eloqua, a marketing automation and intelligence platform, was sold to Oracle for $871 million back in 2012. Most people already know that. But what most people don’t know is that the whole deal went through so seamlessly because Paul had built strong, shared relationships with the people at Oracle. In fact, Eloqua was purchased for more than 200 percent of its estimated public market value—an increase of over $400 million in shareholder net worth.

Simply put, Paul knows a heck of a lot about marketing, selling, and networking. Here are five things I learned from him about building powerful relationships that will impact your net worth and help you overcome any challenge.

The number one predictor of career success is the size and openness of your network, or what Paul likes to call “the strength of weak ties.” It’s not enough to simply network within the bubble of your industry or profession. You have to branch out. Meet with people outside your immediate sphere of influence, and be comfortable forming those weak ties. It’ll pay off in spades in the long run.

You also can’t expect to build up a network for the moment when you need to make a lot of sales. No one wants to meet with someone who reeks of desperation. That’s why you need to build up your network before you need it—people will smell if you’re only reaching out to get something.

2. Networking Isn’t About Selling a Specific Product or Service

This should be no surprise: Most people suck at selling. Too many people deliberately network only in order to sell a specific product or service.

You can’t just focus on selling, even if that is your goal—that’s tacky. Instead, you should approach networking as a way to practice relationship building. Your networking efforts should be largely product- and service-agnostic. According to Paul, “The best salespeople today believe that the best parts of their business are the relationships that they build.”

If you want people to work with you, they need to trust you first. You have to be able to offer something of value and expect nothing in return. Paul says, “You have to invest in relationships . . . and keep in mind that each person and each relationship is different.”

Here is how to offer something of value if you don’t know a person: “The best type of activity you can do as a relationship seller is connect your buyer with someone else. If you do that, you give them access to somebody that can add value to them.” (This is precisely why LinkedIn is so popular.) When you introduce a new connection to someone they really need to know, three great things happen:

4. Personalize Your Approach for Everyone

When you’re trying to get a person to trust you, you can’t be a one-trick pony. You have to work for that trust because they are under no obligation to trust you. Saying nice things, especially general things, is insufficient. You need to form a connection through personalization, just like with marketing.

The best-case scenario is an introduction to someone because of a strong, shared relationship. If you don’t have that, then you need to be strategic. According to Paul, there’s a personalization hierarchy. “First, focus on shared interests and passions, on the personal stuff. Then look at that person’s company and what they’re doing there. Finally, look at their work history.”

READ ALSO  What is HTTPS? Everything You Need to Know

Another great way to develop trusting relationships is by reaching out regularly to everyone in your network. Thank them for what they did for you in the past, see how they are doing, and make sure they haven’t forgotten you.

5. Your Network Exists Outside of Work Too

Let’s not forget that your extended network goes far beyond your work relationships. According to Paul, “The best relationships you have in business are probably not from your current job or any job at all.” In other words, when networking, think about all of your relationships.

The bottom line is this: You should always be developing your network, even if you happen to be at a job you don’t like or care about. You never know who you’ll meet, where you’ll meet them, or where you’ll be in another year or two. Unlike any single job or company, your network stays with you forever.

Life and Work Are All About Relationships

A lot of people ask Paul why he’s doing this—founding a company—for a second time. Why go through the grueling effort of pulling together a team, scrapping for funding, and building a startup from scratch when he already sold Eloqua?

“I think if you were to ask any successful startup person, they would say the best part of building a billion-dollar company is working with the team you get and the customers you get. It’s all about the relationships you build on the journey, even if you fail.”

So remember: Your network is your net worth. If you think you could be better at networking, then start small and simple. Try nudging at least one person a day, whether that’s someone you’ve fallen out of touch with or someone you’ve been meaning to get in touch with.

Whatever you do, get into the habit of building and cultivating relationships early. Build trust over time. By the time you want to raise money for your startup, you’ll know who to trust. Focusing on your relationships will help you grow as an entrepreneur throughout your career.