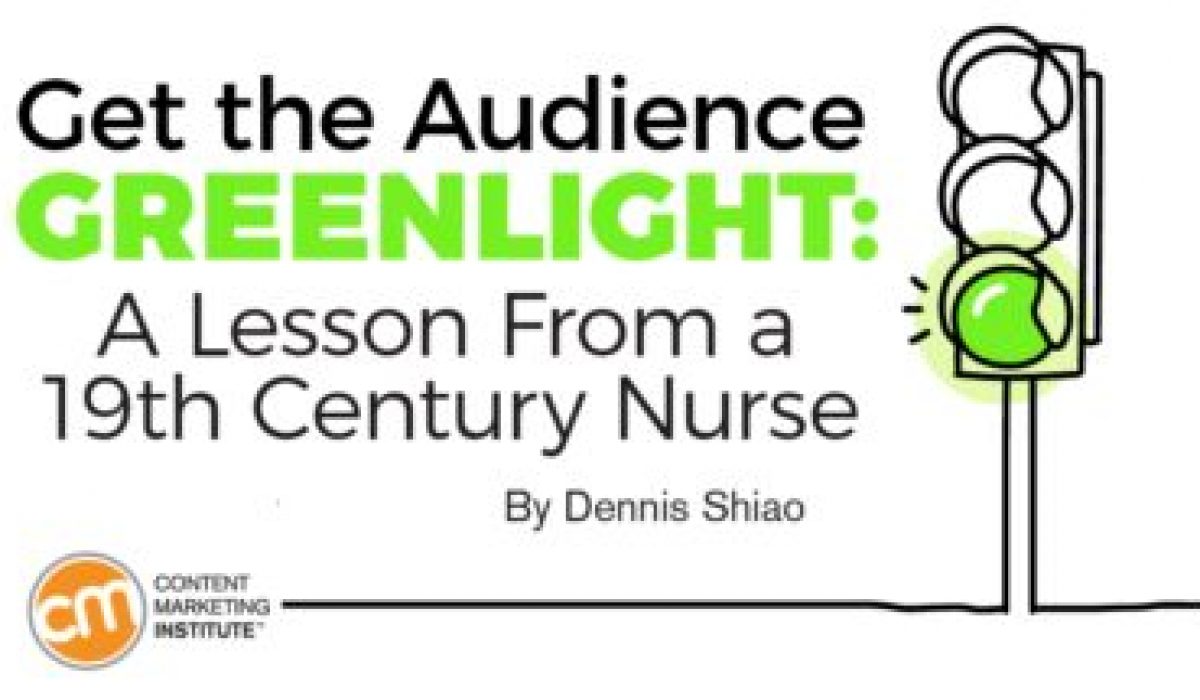 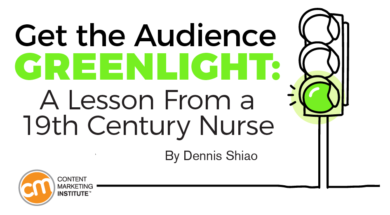 Do you recognize these two famous people? 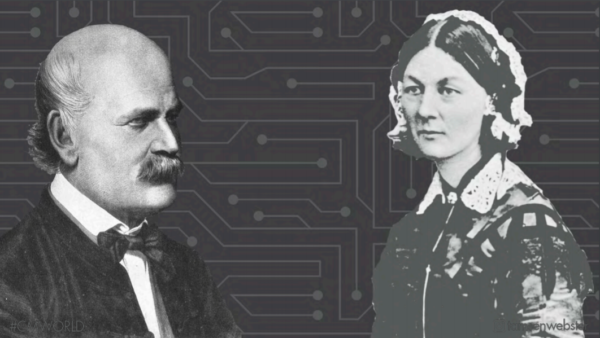 On the left is Ignaz Semmelweis, a Hungarian physician and scientist who lived from 1818 to 1865. On the right is Florence Nightingale, a British social reformer known as the founder of modern nursing, who lived from 1820 to 1910.

That’s because Semmelweis got the red light, while Nightingale got the greenlight.

Semmelweis discovered that when doctors washed their hands with disinfectant, the mortality rate of their patients from puerperal fever (also known as childbed fever) plummeted. But his fellow doctors gave him the red light.

They rejected his idea and stopped washing their hands. The mortality rate went up and Semmelweis – whom no one believed – was committed to an insane asylum. Two weeks later, he died of a blood infection.

Nightingale, who cared for soldiers during the Crimean War, had the same theories about hand-washing and sanitation. She got the greenlight from doctors who began washing their hands and kept doing it. Nightingale was credited with reducing the mortality rate during the war.

Why did Nightingale succeed and Semmelweis fail?

In her Content Marketing World keynote, Getting the Green Light: How to Build Content People Say Yes To, Tamsen Webster, founder and chief message strategist at Find the Red Thread, explains.

Before we get to the difference between the two hand-washing proponents, let’s explore the thinking behind red lights and greenlights.

“Semmelweis moments” are when we get red lights to our ideas, our message, and our content, Tamsen says. They appear because the decision-maker:

Ninety-five percent of our purchase decision-making happens in the subconscious mind, according to Harvard Business School professor Gerald Zaltman. Tamsen explains, “Humans are not rational decision-makers, we are rationalizing decision-makers. We create stories to justify what we do.”

Humans are rationalizing decision-makers. We create stories to justify what we do, says @tamadear. Click To Tweet

Getting the greenlight requires the mind to want, believe, and validate it. “When you get those three, you get that greenlight that we need as marketers – people are willing to change, willing to act, willing to do something different,” Tamsen says. “But too often we don’t get those greenlights, we get the red lights.”

Tamsen shares this quote from Blaise Pascal: “People are generally better persuaded by the reasons which they themselves have discovered than by those which have come into the mind of others.” 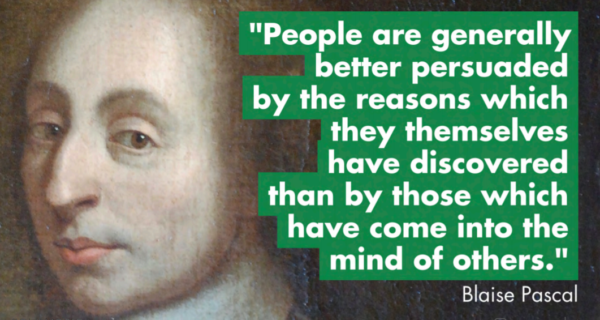 In other words, people prefer to believe their own reasons over the reasons of others.

“We think the things we’re doing are right because we are the ones doing them. We always believe our own beliefs, our own experiences, and our own reasoning the most,” Tamsen says.

She explains, “We all want to be smart, capable, and good,” describing this as an important and basic human need.

Why Semmelweis got the red light

Now back to the 1800s and the dilemma Semmelweis faced. In his day, doctors believed puerperal fever was spread by giant sheeted skeletons – a representation of something they couldn’t see. Even though Semmelweis had the right answer to curb cases of the fever (washing hands), it didn’t align with the doctors’ belief.

Semmelweis was saying, “Women are dying because your hands are dirty.” That violated what the doctors thought about themselves. “It conflicted with what they believed to be true … that they were gentlemanly and therefore clean,” Tamsen says. “They rejected the new information and therefore the idea.”

In other words, doctors interpreted Semmelweis’ solution to curb puerperal deaths as an indictment that they were not smart, capable, or good. Therefore, they dismissed it.

Why Nightingale got the greenlight

“Nightingale knew what the doctors wanted — to save the soldiers’ lives. She knew what they believed, that they were the top of the food chain when it came to knowledge and cleanliness,” Tamsen says.

Her solution was the same as Semmelweis’. However, she positioned the information and behavior in a new way that was consistent with the doctors’ beliefs. She put the responsibility on the nurses. “Being clean was the doctor’s job, while getting clean was the nurse’s job,” Tamsen says.

Nightingale supplied a story that strengthened the doctors’ belief that they were smart, capable, and good. And for that, the doctors gave her idea the greenlight.

Get a greenlight from your audience

Supply a story consistent w/ the smart, capable, good people your audience believes they are, says @tamadear. Click To Tweet

In her keynote, Tamsen features a messaging example from her client, Human Workplaces, a service provider focused on culture in the workplace. It took a Nightingale approach to strengthen its customers’ stories:

Step 1 – Start with what the audience wants: “A lot of companies wonder how you can get more from your team.”

Step 2 – Find what’s right in what’s wrong: “There are a lot of solutions out there that make it confusing, especially because people use the words ‘happy’ and ‘engaged’ interchangeably.”

Step 3 – Give them a problem they can solve: “Our research shows that success drives engagement, not happiness.”

Step 4 – Let them come to your conclusion: “So if you want happier engaged employees solve for success, here’s how you can do that. Here’s how we can help.”

Here’s how it all comes together: “A lot of companies wonder how you can get more from your team. There are a lot of solutions out there that make it confusing, especially because people use the words ‘happy’ and ‘engaged’ interchangeably. Our research shows that success drives engagement, not happiness. So, if you want happier engaged employees solve for success, here’s how you can do that. Here’s how we can help.”

If you say to your audience “buy our stuff” because it will make them smart, capable, and good, then you’re a Semmelweis.

If you tell a story that shows your audience is already smart, capable, and good, then you’re a Nightingale.

What do you see as the pros and cons of being a Semmelweis or a Nightingale? Share your thoughts in the comments.

Here’s an excerpt from Tamsen’s talk:

To see Tamsen Webster’s keynote talk or any of the hundreds of other speakers from Content Marketing World 2019, get all the video-on-demand presentations for one price.