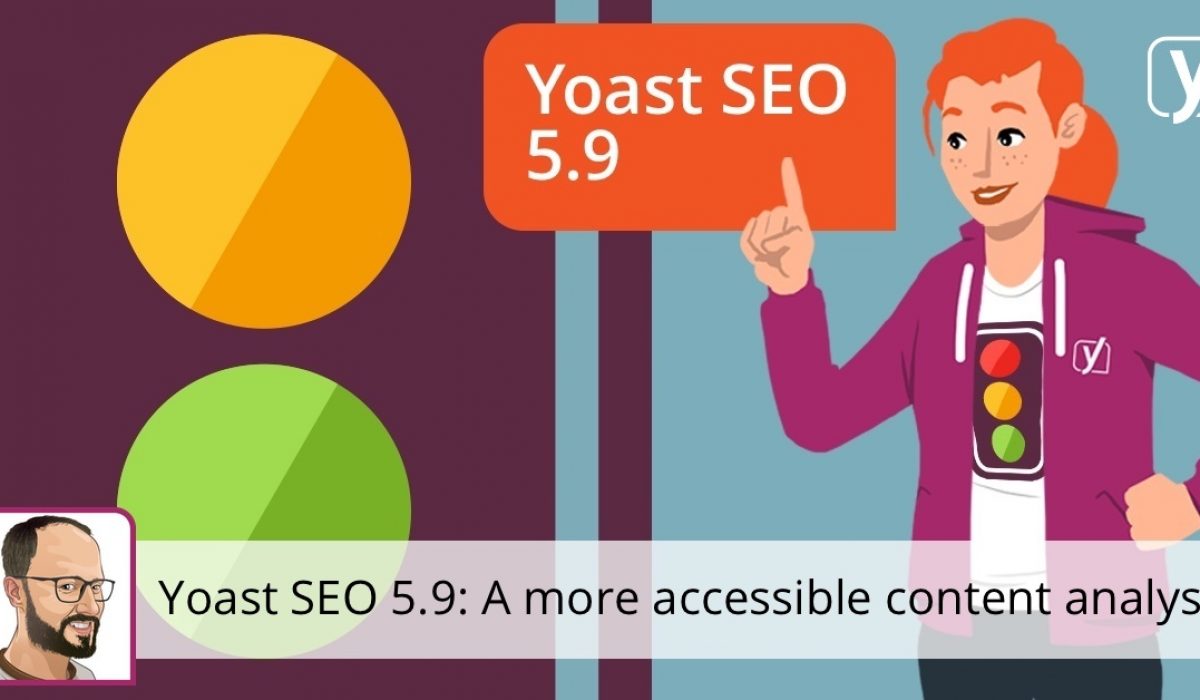 A new release doesn’t always have to bring incredible features, as it can silently set the stage for bigger things to come. Yoast SEO 5.9, released today, is such a release. While this release doesn’t contain groundbreaking new features, it does provide an important new piece of the Yoast SEO puzzle for the future: we’ve rebuilt the content analysis in React.

While the content analyses itself haven’t changed, the way we present the results has changed in Yoast SEO 5.9. To improve the user experience and accessibility of the results, we’ve decided to group these into several groups: Good, Considerations, Needs improvements and Problems. These follow roughly the colors of the bullets from green to red. This allows you to focus on your most important SEO issues first.

By grouping the results this way, colorblind users, for instance, can easily discern the difference between the results. Also, every header is collapsible. You can get the green bullets out of the way to focus on the red ones.

Thanks to this new grouping of the results you get a more structured overview of the SEO of the piece you’re working on. Before, it was one big list that became more cluttered with every added check. Now, we’ve added a new focus to the analysis, making it easier to use. You’ll fix your SEO in no time! Rebuilding stuff in React probably doesn’t mean much to you but is an important part of making Yoast SEO futureproof. React is a JavaScript library for building user interfaces. By using React, we can break up Yoast SEO into several parts so we can more easily maintain it and significantly improve it. Not only that, by dividing everything into blocks, we make it easier to adapt Yoast SEO to that new challenge called Gutenberg.

Gutenberg forces us to rethink our product and the way we build said product. It brings us loads of challenges, but also opportunities to bring Yoast SEO to new heights. But before we can do cool new stuff, we need to format our work in such a way that we can easily adapt it to the new Gutenberg editor environment. We’ve already rebuilt several parts of Yoast SEO, like the Configuration Wizard and the Help Center, in React. This process will continue for a little while until every visual aspect of Yoast SEO is ‘reactified.’

So, what else is new?

We’ve also introduced the wpseo_add_opengraph_additional_images filter so you can add additional OpenGraph Images with a lower priority. The order in which you place OpenGraph images determines which one  Facebook shows, which is usually the first one. This lead to issues with WooCommerce SEO as their Gallery images always appeared on top. With the new filter, you can add additional images to the OpenGraph image list. These should not be shown as the default image, but you could use these for more advanced purposes. Some sites allow you to pick any image found in the list.

That’s Yoast SEO 5.9 for you! With this new release, we’re continuing the renewal of our foundation to make sure we can build an awesome new house in the future. We’ve also fixed loads of bugs and enhanced some parts of the plugin to make sure you can do work in the best possible fashion. Happy updating!