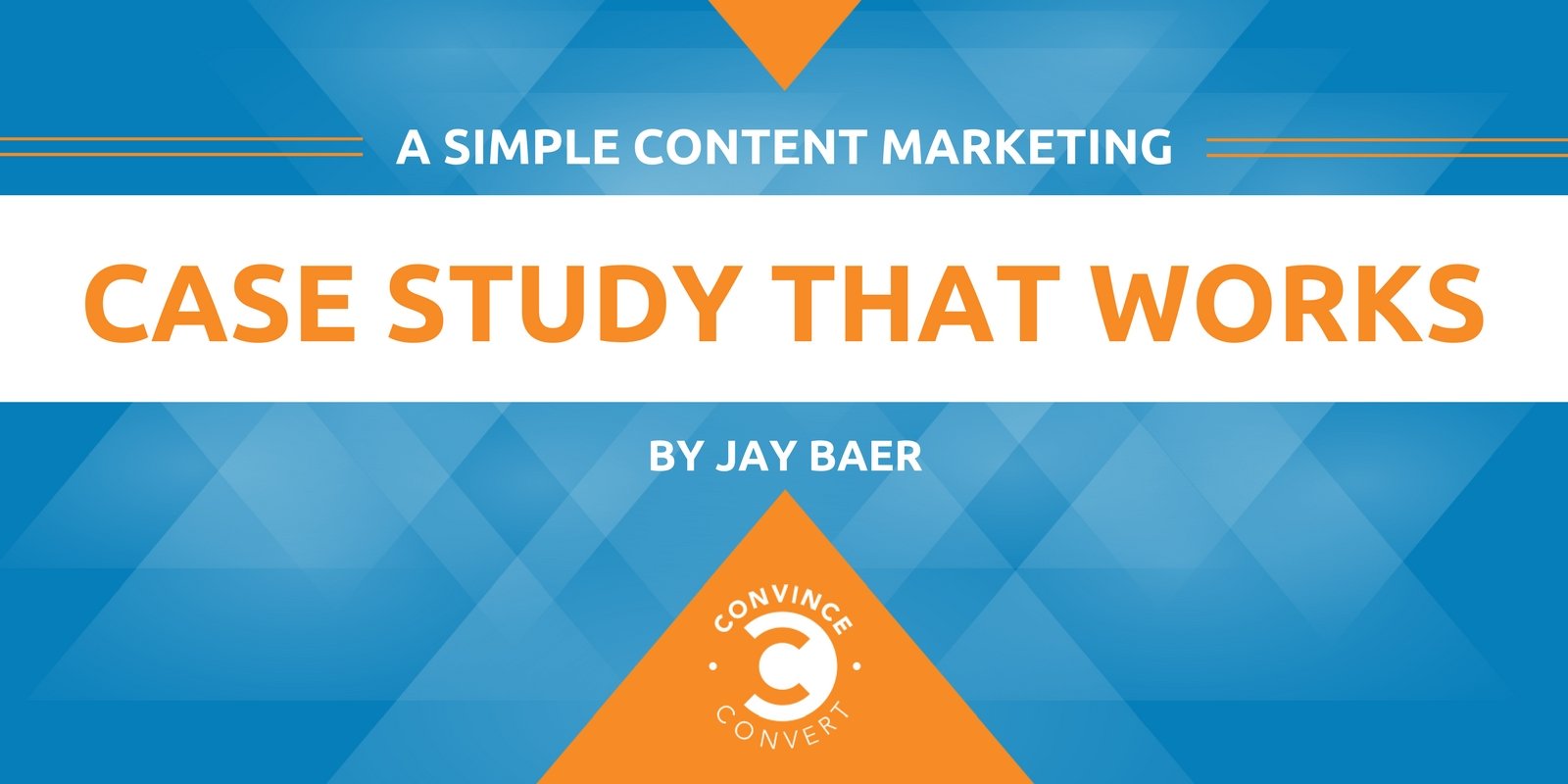 Seth Godin has famously said that “content marketing is the only marketing left.”

That’s certainly music to the ears of content marketers, who engage in ever more complex initiatives to garner attention and entice consumer behavior.

But as the content marketing industry matures and evolves, I fear that sometimes we’re all guilty at times of overthinking it. When you strip away the analysis and the targeting, the funnels and the automation, the calendars and the syndication, you’re left with a simple truth:

People crave useful information; find a way to give it to them, and they will reward you eventually.

My dentist, Dr. Mark Sutor, recently launched a new content marketing initiative that is based on this principle.

Every week or so, Mark does a Facebook Live video that addresses a common dental issue. His most popular episodes so far are about dental insurance, wisdom teeth, and his masterwork: a video about what to do when you have a massive toothache, featuring full makeup and role play!

These videos include no fancy graphics, no editing, and no budget. He tells people when to expect the next video. He turns on his phone. He makes a video. He shares it between his personal page and his business page. He answers comments. That’s it.

His video on toothaches is over 6,000 views now, and his other episodes are approaching 700. Not a viral sensation, of course, but remember that Mark services my town of Bloomington, Indiana and the surrounding region. Plus, he’s a specialized oral surgeon and Periodontist. His entire potential customer base is probably 5,000 people at the very most.

His engagement rate on these videos is also pretty strong, with no paid support.

The strategy is simple, according to Mark: “What I like me about this communication tool is that I can provide the average person with accurate and honest dental information, because I have found so many people who have told me, ‘This is what it said on the internet,’ and some of that ‘wisdom’ is simply not supported by dental literature and facts. I’m trying to give people good information about their dental health questions and issues.”

This is the core of why content marketing is so popular: It capitalizes on human nature, ANY company can do it, and (done correctly) it is something akin to the Golden Rule of promotion.

You cannot live on content marketing alone, because at some point you need to connect the call-to-action dots for your potential customers. However, a layer of content frosting on top of your traditional marketing cake continues to be an effective combination, despite the protestations of naysayers who predict that content is doomed to fail as a tactic due to increasing competition and consumer inattention.

And what could be simpler than that? “It’s raining. I bet we could sell a bunch of umbrellas right now.” Or in this case, “I bet a bunch of people don’t really understand dental insurance. Or know what to do when they have a massive toothache. I bet if we told them, we could introduce our practice to a lot of potential new patients. And even for the people who aren’t going to become patients, at least we’re doing them some good along the way.”

You already know what questions your customers have, and you probably know how to help them with your answers. Worry less about complex content playbooks, and just start there. Mark says, in fact, that most of the topics he’s covering are actually coming from comments or patients in the office, who ask him to do a video on a specific question or concern.