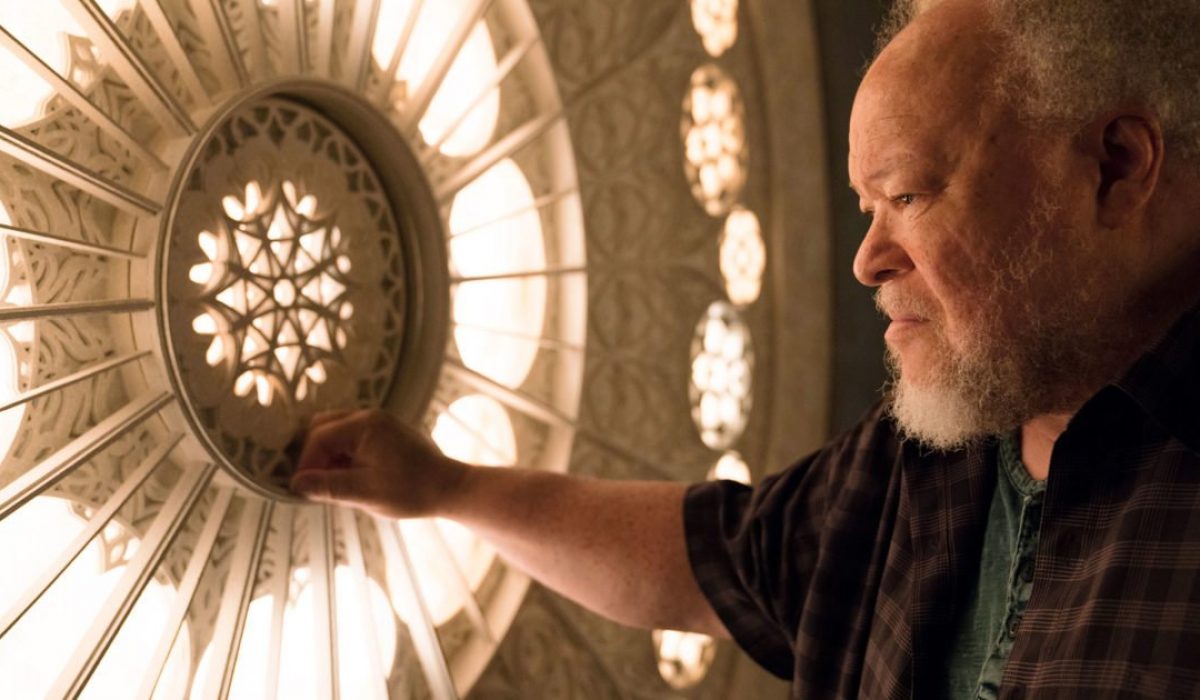 The new show Devs, about a sinister Bay Area tech company, is the first TV project from Alex Garland, director of Ex Machina and Annihilation. Writer Sara Lynn Michener was excited to watch the show as soon as she first heard of it.

“It was a recommendation from my partner’s brother-in-law, and as soon as I Googled it for five seconds and realized it was Alex Garland, I was like, ‘Oh yeah, I’m totally on board,’” Michener says in Episode 418 of the Geek’s Guide to the Galaxy podcast. “I think we stopped watching whatever it was we were watching at the time to start Devs.”

Garland is one of the most cerebral sci-fi filmmakers, and Devs is no exception. Geek’s Guide to the Galaxy host David Barr Kirtley was impressed at the way the show deals with serious philosophical themes. “I think the show does a better job of dramatizing the issue of free will vs. determinism than anything I’ve ever seen,” he says.

Unfortunately Garland’s smart approach to sci-fi hasn’t always paid off. Screenwriter Rafael Jordan notes that many of Garland’s projects haven’t reached the audience they deserve. “He’s basically just too good for this world right now,” Jordan says. “It’s all about franchises and sequels and reboots, and he’s actually making original, thought-provoking science fiction. It’s such a rarity, and it’s great, but yeah, it’s an uphill battle, I’m sure.”

But science fiction writer Anthony Ha is just glad that Garland’s brand of intellectual sci-fi filmmaking exists at all.

“I do like to imagine an alternate universe where he’s a Christopher Nolan-level success,” Ha says. “But the fact that he gets to continue to do work like this, that doesn’t feel compromised in any way, is in itself a pretty amazing achievement, so hopefully that’ll continue.”

Listen to the complete interview with Sara Lynn Michener, Rafael Jordan, and Anthony Ha in Episode 418 of Geek’s Guide to the Galaxy (above). And check out some highlights from the discussion below.

“One moment that I just loved, which really captured something for me, was the first time we see [Forest]. It’s at this lunch meeting. He has 15 minutes, and he’s got this salad, and he literally just puts his hand in and starts shoveling the arugula into his mouth. Because it’s just fuel to him, and why bother to enjoy it or spend any more time on it than necessary? And I just thought that was such a great character-establishing moment. … As the show goes on, it becomes much more about Forest as this haunted father and husband, as opposed to Forest as this asshole tech CEO, though that side of him never completely disappears either.”

“I originally moved out from New York to California to join a startup that was in the education sector, and the owner—the CEO—was 21 years old, and he had not had any normal jobs. He hadn’t worked at a frozen yogurt shop at a mall yet. He didn’t do all of this standard upbringing stuff. And the two people who knew the most about the school system, and about what’s wrong with it, and what’s right, were the two people who were asked to leave. And this was a pattern I saw over and over again, where someone would say, ‘We’re going to disrupt this industry,’ but they would actually do no research to learn what it was about that industry that was unsuccessful.”

READ ALSO  Why You Should Overclock Your RAM (It’s Easy!)

“One of the things I really like about this show is that the villainy is very thematically linked to the story. Every story involves some evil corporation or something, [but] in this story it has to be a tech company, and it has to be a tech company that’s obsessed with collecting data. And that really resonates with people because we’re all like, ‘Oh my god, these tech companies are sucking up the data, and what are they doing with the data, and they’ve got too much data.’ And that’s exactly what this story expresses, in a science fiction way. It’s so much data that they can see the future and the past, but it’s the exact same idea as the real world, just multiplied by a hundred.”

“I have a lot of friends who said they just couldn’t get into the show because of the lead performance, and I don’t think that’s an indictment of the actress. I think she was just doing exactly what Garland wanted her to do. … She was told to be very deliberate and methodical. My girlfriend is an actor, and she was impressed at how deliberate and monotonic they were being—which is actually difficult to some extent. They were barely moving through a lot of that dialogue. Like that excellent scene with the pen, and describing what Devs actually is, between Katie and Lily. But I do think that made it a harder entry point for a lot of casual viewers, and even some sci-fi aficionados.”