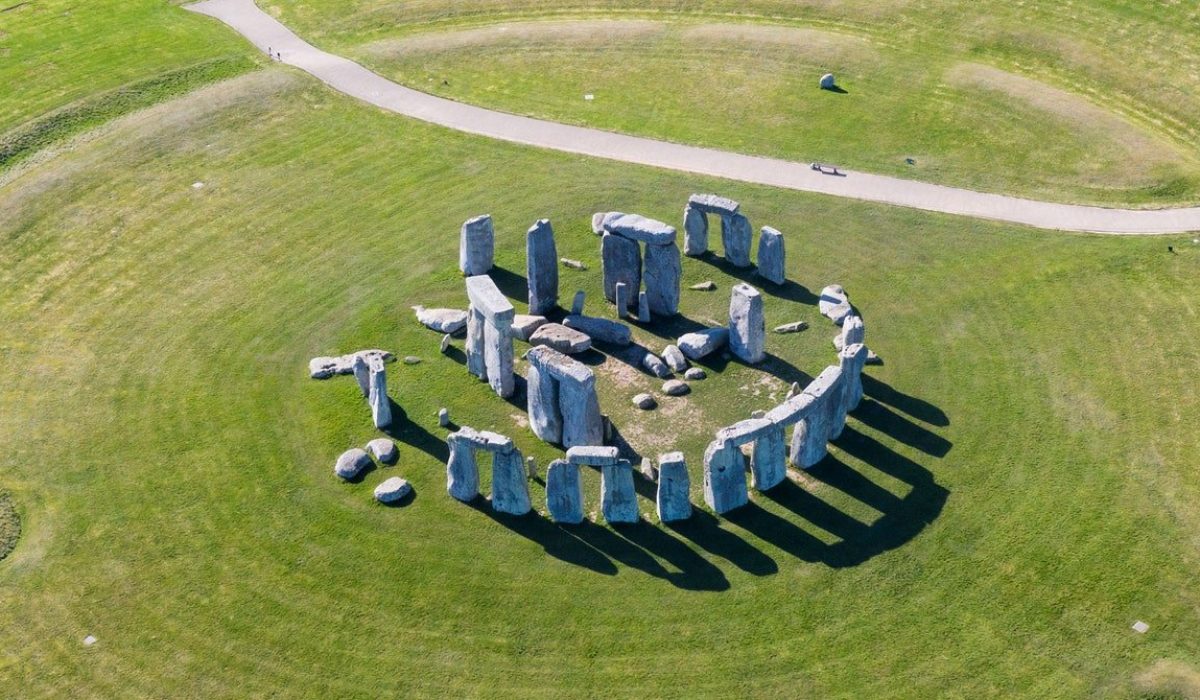 The huge slabs of stone that make up the most iconic structures at Stonehenge came from about 25km away, according to chemical analysis. Since the 1500s, most Stonehenge scholars have assumed the 6- to 7-meter tall, 20-metric-ton sarsen stones came from nearby Marlborough Downs, and a recent study by University of Brighton archaeologist David Nash and his colleagues has now confirmed that.

Recent studies have traced Stonehenge’s bluestones to quarries in the Preseli Hills of western Wales, about 300km (200 miles) away. When another group of archaeologists studied the chemical isotope ratios in the cremated remains of people once buried beneath the bluestones, those researchers found that many of those people may have come from the same part of Wales between 3100 and 2400 BCE. Ancient builders set up the sarsen stones a few centuries after the arrival of the bluestones. Modern scholars have only been able to speculate about where the huge boulders came from—until now.

Sarsen, also called silcrete, is a sedimentary rock mostly made up of quartz sand cemented by silica (quartz is just silica in crystal form), formed in layers of sandy sediment. Thanks to erosion, sarsen boulders are now scattered in clumps all over southern England. Prehistoric Britons built monuments like Stonehenge and Avebury with sarsen boulders, Roman settlers used sarsen bricks to build their villas, and medieval people built sarsen churches and farm buildings. But the largest sarsen boulders we know of in Britain today are the ones at Stonehenge.

About 99 percent of the average sarsen boulder is silica, but the other 1 percent contains trace amounts of other elements, like aluminum, calcium, iron, potassium, magnesium, and others. That extra material is different in different sarsen sources, as it depends on the minerals in the ground where the rock formed. Nash and his colleagues used those trace elements as a geochemical fingerprint to match the Stonehenge sarsens to their most likely source.

The largest concentration of sarsen in the UK is at Marlborough Downs, an area of round, grassy hills 25 to 30km (17 miles) north of Stonehenge. Centuries of archaeologists and antiquarians have assumed the Stonehenge sarsens came from the Marlborough Downs, mostly because the area is nearby and full of the right material. But that idea hadn’t been scientifically tested, and the bluestones demonstrate that the Neolithic people who built Stonehenge had a far-flung and complex supply network—and their own reasons for doing things, often inscrutable to modern researchers.

To track down the source of the sarsens, archaeologists first had to solve a more recent mystery: what happened to three missing chunks of Stonehenge?

One of the trilithons (arch-like structures made of two upright stones supporting a horizontal lintel stone) in the central horseshoe fell down in 1797. A century and a half later, in 1958, a restoration project set the massive stones in place again—but one of the uprights, called Stone 58, had cracked along its length. To help hold the cracked stone together so it could stand and support its half of the lintel stone, restorers drilled three holes through the stone and inserted metal ties. After the project, the three stone cores they’d drilled out seemed to vanish into thin air.

In 2018, one of the restorers, Robert Phillips, returned a broken but complete core from Stone 58 to the UK. Part of a second core turned up in the Salisbury Museum in 2019, but one and a half of the stone cores are still out there somewhere. Samples from the Phillips core gave Nash and his colleagues the chance to compare the chemical makeup of Stone 58 to sarsen boulders from sites all over Britain.

The match turned out to be exactly what various researchers had assumed for the last 500 years. The only boulders that matched Stone 58 came from one site in the southeastern Marlborough Downs: West Woods, in Wiltshire, about 25km (16 miles) north of Stonehenge and just 3km (2 miles) south of where most studies had looked for Neolithic sarsen quarries. West Woods is a six square kilometer (four square mile) plateau, partially wooded and dotted with large sarsen boulders and pits from millennia of quarrying.