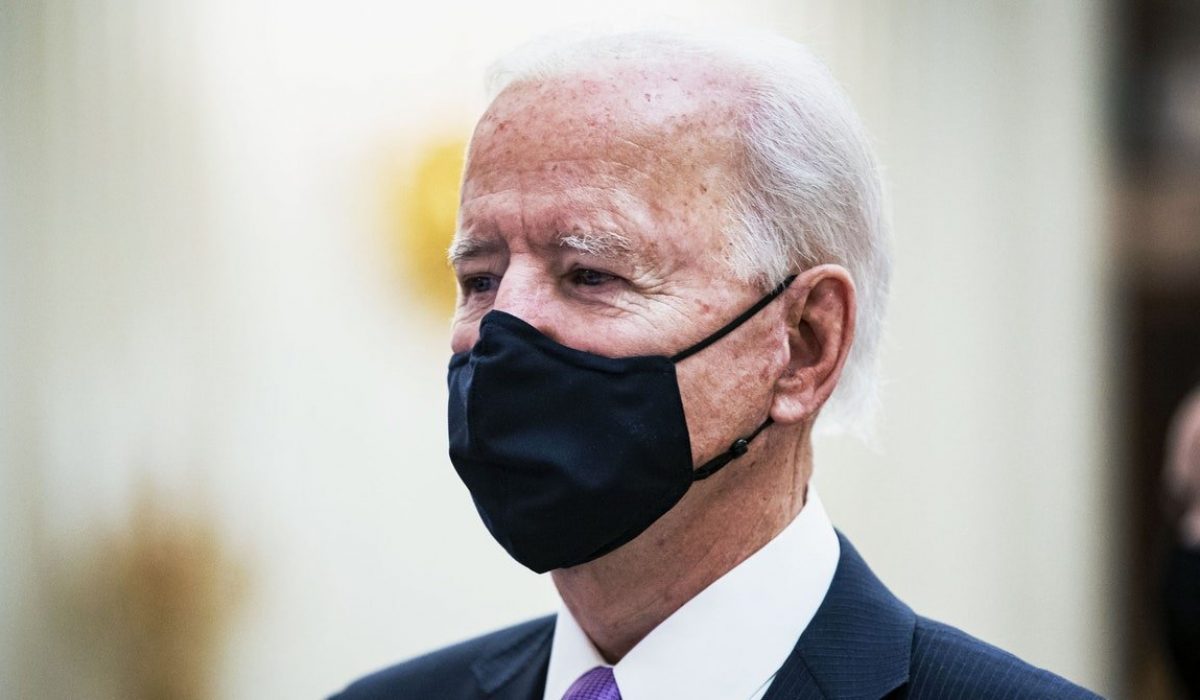 Biden gets to work on the pandemic, the CDC adjusts vaccine guidelines, and death tolls rise worldwide. Here’s what you should know:

Want to receive this weekly roundup and other coronavirus news? Sign up here!

Joe Biden has wasted no time when it comes to tackling the public health crisis that will invariably define his presidency. On Wednesday, just hours after he was sworn in as America’s 46th president, he signed three executive orders pertaining to the pandemic.The following day, he issued 10 executive orders and released his administration’s 198-page plan for handling coronavirus. The new provisions cover everything from enhancing data collection to increasing testing capacity to boosting vaccine supply manufacturing with the help of the Defense Production Act. Biden described the strategy as “a wartime undertaking.”

Among those represented in Biden’s first spate of executive orders are essential workers. The new president has directed OSHA to more strictly enforce workplace safety rules to curb the virus’s spread, and to potentially issue a new measure that would require employers to take more precautions. Today he plans to sign another order that would boost protections for federal workers. New safety rules are in place inside the White House as well. Those working closely with the president wear wristbands signaling they’ve been tested that day, and N95s are mandatory for anyone working in the White House.

Yesterday, the CDC updated the vaccination guidelines on its website, saying that second doses of the Moderna and Pfizer/BioNTech vaccines can be administered up to six weeks after the first dose if the recommended time frame isn’t feasible. This change dovetails with the Biden administration’s plan to release all available doses of the vaccine rather than holding back half to ensure those who’ve gotten the first installment get the second at the right time. Those opposed to the change have voiced concern about deviating from the way the vaccines were administered during clinical trials.

Biden is releasing these doses as part of his pledge to vaccinate 100 million Americans in his first 100 days in office. CDC data suggests the country has already reached a pace of approximately one million vaccines administered per day several times in the last few weeks, but it also indicates that states and cities are administering fewer than half of the doses that they’ve received. Speedy vaccination is more important than ever as new strains of the virus emerge. Mutations develop when a virus spreads: The more people are inoculated, the easier they will be to suppress.

One year after coronavirus arrived stateside, the pandemic is hardly under control

Exactly one year ago, WIRED reporter Megan Molteni asked: “Could China’s New Coronavirus Become a Global Epidemic?” Now we know. As of this week, more than 400,000 Americans have been killed by the virus, a grim milestone Joe Biden marked in a memorial service on the eve of his inauguration. Even as hundreds of thousands of Americans are being vaccinated every day, there are still many areas—from reopening schools to traveling safely—where Americans are feeling their way through the dark.

Around the world, the state of the pandemic remains touch and go. Germany, once touted for its effective pandemic response, has seen its death count rise swiftly in recent weeks after cases peaked last month. In the UK, the situation continues to worsen: Its daily per capita death toll is currently second only to Portugal. Even China, where life had largely gone back to normal during the fall, now faces a new outbreak.

Part of being a rabbi is helping people on their spiritual and emotional journeys. Rabbi Menachem Cohen has found a new tool for doing just that: roleplaying games.

Donald Trump is no longer online. And even if his accounts are reactivated, he will no longer be at the center of national discourse. But, WIRED’s Jason Parham writes, we’re now faced with a new question: What will fill the void left by the former president’s deranged tweets?

Leaving your pet at home while you go out can be stressful for both the human and the animal. We rounded up our favorite pet cameras so you can stay close to your furry friend from afar.

What community resources can be used to help more people get vaccinated?

To vaccinate as many people as possible, officials will need to meet them where they are— in their communities. Fire departments and emergency medical services agencies could be instrumental in doing so, according to some physicians. Both respond to emergencies in their communities every day, and are spaced out based on population density. Plus, the vast majority are staffed with paramedics and communicate regularly and well with public health authorities. Giving fire stations and EMS crews the resources to administer Covid-19 vaccines could be an option worth exploring as our national vaccination program looks to ramp up.

More From WIRED on Covid-19