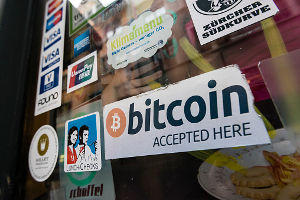 You might have heard the term “blockchain,” and you might even know how it works (kind of).

But how is blockchain fundamentally going to change marketing as we know it?

The rumors are true—blockchain is here to stay—and it’s time to truly understand its scope and impact.

First things first: blockchain is not synonymous with Bitcoin.

Now let’s get to the basics before we move ahead:

Blockchain is the technology that enables cryptocurrency to exist. Essentially, it records cryptographically bound transactions between peer-to-peer networks. Blockchain’s security works because it’s encrypted and decentralized.

Cryptocurrency is the method of exchange, such as the US dollar, in digital form. Cryptocurrency involves encryption techniques to regulate creation of monetary units and to verify the transfer of funds.

Bitcoin is the best-known type of cryptocurrency. Blockchain technology was invented for this type of currency, but there are other currencies, such as Ethereum, Ripple, and Litecoin.

Here’s a fun video from PCMag that explains how Blockchain works:

Here’s how blockchain will change every industry

The most important thing about blockchain is that it’s going to change the way we do business. It’s an innovative way of interacting with consumers, and it revolutionizes how consumers will handle their place in the business ecosystem.

That’s because blockchain is a shared, trusted, public ledger: Everyone can inspect it, but no single user controls the system.

A digital ledger recorded on everyone’s computer around the world is unlike a bank, where transactions are stored privately and managed by that bank alone.

Blockchain is outside of any bank or government, so there’s no central authority regulating it. That peer-to-peer element of the technology has some interesting ramifications in consumer data empowerment and self-sovereignty.

For example, consumers can have more control over their own data and more transparency into how that data is used and shared.

How does blockchain affect marketers?

The evolution of TV and Web advertising eventually led to issues with ad fraud, bots, and more, so the ad tech industry produced new companies specifically to solve those issues.

Offering a higher level of transparency to consumers increases the level of trust between brands and consumers. Blockchain means that new ads and new experiences that engage with consumers in a more transparent way will emerge, causing the overall ecosystem to also evolve.

For example, consumer confidence was boosted when Walmart and IBM worked together recently, according to Single Grain. The partnership made Walmart’s supply chain process more transparent by using blockchain to digitally trace where its pork products came from.

Here’s some inspiration from AdAge, which compiled a list of various ways marketers can use blockchain. You can see the full list, here, and these are the first five:

Verify ad delivery, confirming that a real person saw the ad for the contractually bound duration.

Verify engagement with or performance of any ads delivered.

Prevent the same ad from being overserved to anyone, and ensure optimal frequency.

Pay publishers, tech companies, agencies, contractors, and others who should be compensated for the creation, delivery, or performance of the ad.

Pay consumers for use of their implicit data, such as behavioral or psychographic data.

Blockchain also will help improve ad buys for marketers, according to Forbes. Companies will better understand whether the people viewing their ads are members of their targeted audience and avoid wasting ad spend in the process.

A good example of this approach is AdChain, a company that uses a native token (a form of cryptocurrency) to establish a trusted ad space. In that space, campaign auditing and cryptographically secure impression tracking are provided to users, allowing companies to make sure they get the advertising they pay for, Forbes reports.

Blockchain has the potential to “clean up” our industry, but it isn’t just for ad tech: It’s going to affect everything that we interpret as engaging with consumers.

Declining consumer attention is a persistent challenge for marketers. Although we now encourage and reward people with content, with blockchain we can also address that attention issue using a real-world reward, such as cryptocurrency.

Some brands are doing just that. Cryptocurrency is “the biggest game-changer to hit customer loyalty programs since the introduction of frequent flyer points more than thirty years ago,” according to Philip Shelper, LoyaltyX CEO and customer loyalty expert.

The program aims to reward customers with cryptocurrency to use on future meals through the MobivityMind blockchain platform, Mashable says.

And though cryptocurrency isn’t “owned” by the brand in the same way loyalty points are, it increases trust that only blockchain can provide—which is a win for brands.

Another example: during Shanghai Fashion week, fashion brand Babyghost worked with blockchain platform VeChain to allow its customers to “verify” a selection of handbags, Digiday reported.

That method not only proves authenticity of the product but also allows customers to scan product tags with their smartphones to discover more about the brand, including who modeled the product, for example.

The only way blockchain can hurt marketers is if they’re not exploring, getting involved, and digging further into the concept.

Marketers need to envision future stakes (What is that big, disruptive vision? How can blockchain help improve business workflow? How can you establish a better connection and trust with your consumer?) then work backward from that vision to make it a reality.

Blockchain and cryptocurrency can help marketing efforts in endless ways, and in the process provide increased trust for consumers looking to buy from brands.

Marketers’ roles in the industry will evolve as blockchain paves the way for the necessary shift in what we can do for clients.