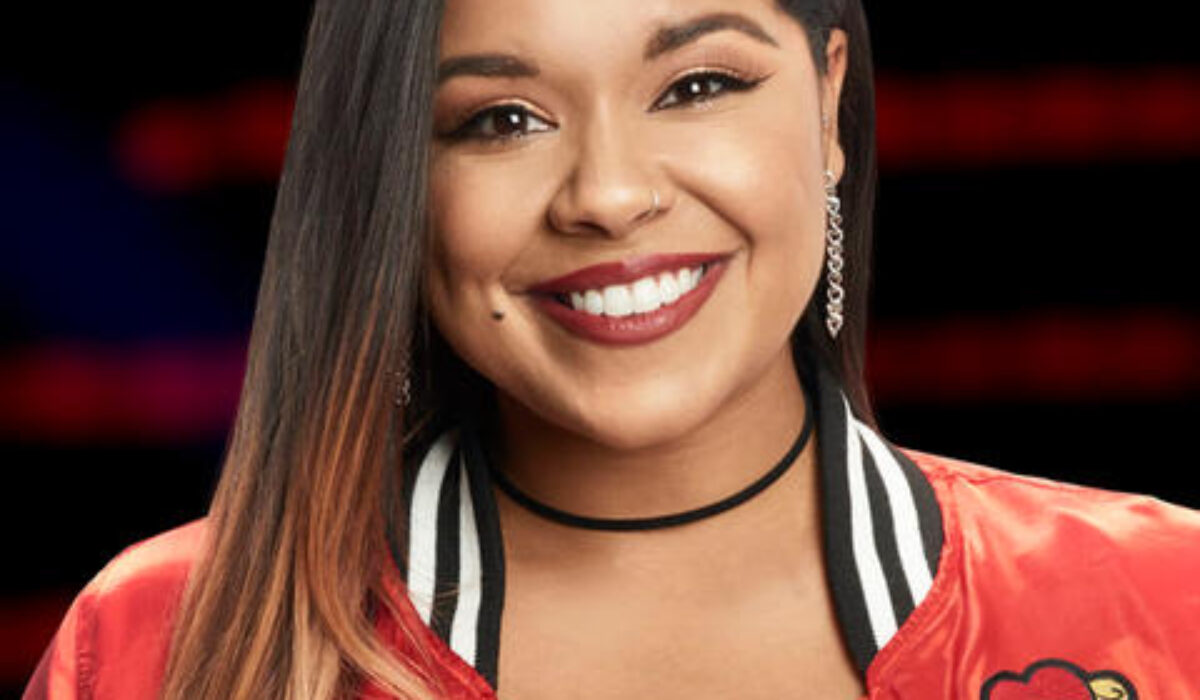 Brooke Simpson honored her Evangelical parents with a performance of “Amazing Grace” On The Voice Top 10. Her performance took everyone to church ahead of this holiday season.

Jennifer Hudson said that it shows that the spirit is universal. Jennifer said that she was glad to be able to sit there and listen and was glad to see someone with her background get a platform. Blake Shelton said that this night has been stacking up and that it can’t get much better.

Blake said that Brooke took it to the next level with her performance. Miley Cyrus said that she put a giant band aid on her broken heart as she knows that Brooke is not going anywhere this week.

Brooke is a full-blooded Native American from the Haliwa-Saponi tribe. She grew up on tribal grounds with 4,000 Native Americans, including most of her family. Every year they have a powwow and celebrate their traditions just like their forefathers. She discovered her love of music at age seven when she started singing with her parents. They are full-time evangelists and would take trips every weekend in their RV to different churches to sing as a family, leading praise and worship. Brooke has been performing for many years and it’s gotten to the point where she has started to look for a plan B, so a lot is riding on this audition.

I absolutely LOVE @brookesimpson -her #AmazingGrace has me in a constant state of goosebumps!

I just voted for @brookesimpson on #TheVoice https://t.co/ASU2B48Cyt girl that was fantastic got goosebumps goosebumps if I could vote for you a million times I would such a huge fan.

OMG that was so beautiful it brought tears to my eyes! Beautiful! #VoiceTop10