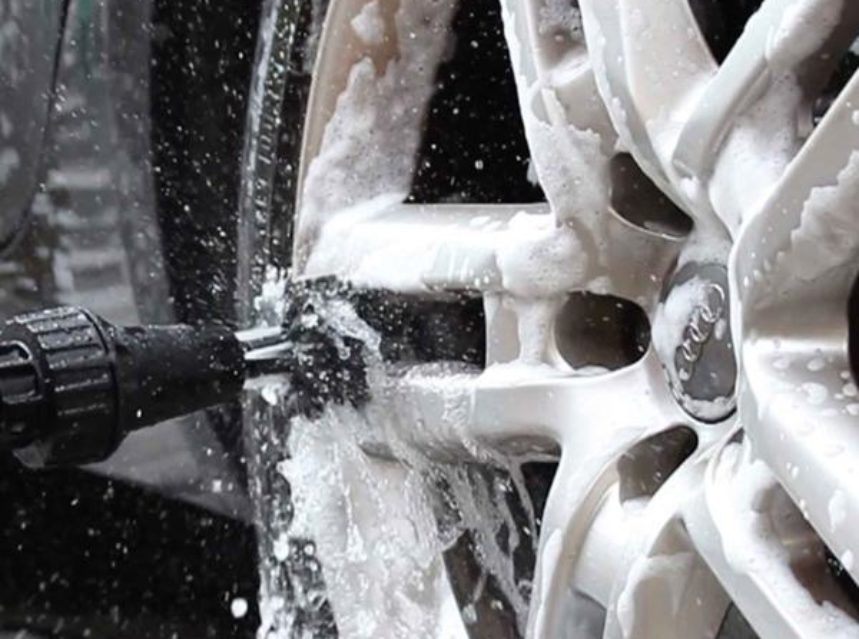 Next into the tank are Kevin Williams and Glenn Archer of Brush Hero, seeking $500,000 for 10 percent equity.

Brush Hero puts a new spin on a classic cleaning tool. The water-powered, spinning detail brush cleans tires, outdoor furniture and more. According to their website, the self-cleaning brush, which costs $34.99, is “powered by the simplicity of a garden hose” and aims to make cleaning more simple.

The sharks are impressed by their margins and even more so by their sales—$3 million this year. Kevin O’Leary, however, does not like the valuation, which was created with their projection of $12 million for next year in mind. They claim to have no competitors.

Robert Herjavec admits that he’s not a big “cleaning guy” and goes out, followed by Mark Cuban and O’Leary. Daymond John finds the valuation troubling but likes that he could help them. He offers $500,000 for 25 percent. Lori Greiner thinks the brush is “highly demonstrable” and offers $500,000 for 25 percent. They counter Greiner at 20 percent, which she declines. John would not be willing to take the counter either.

While Williams and Archer step out of the tank to discuss the offers, Herjavec informs Greiner and John that there are actually similar products on the market—causing John to go out. Greiner says she’s “freaked out” after they attempt to accept her offer. Greiner then updates her offer to $250,000 as a loan at seven percent and $250,000 for 25 percent equity. The duo ultimately walks away without accepting her offer.

Interesting concept for this @brushhero. I can’t imagine you can continue using a brush while putting too much pressure on its bristles, but what do I know? #SharkTank

Would you use Brush Hero? Sound off in the comments section below!