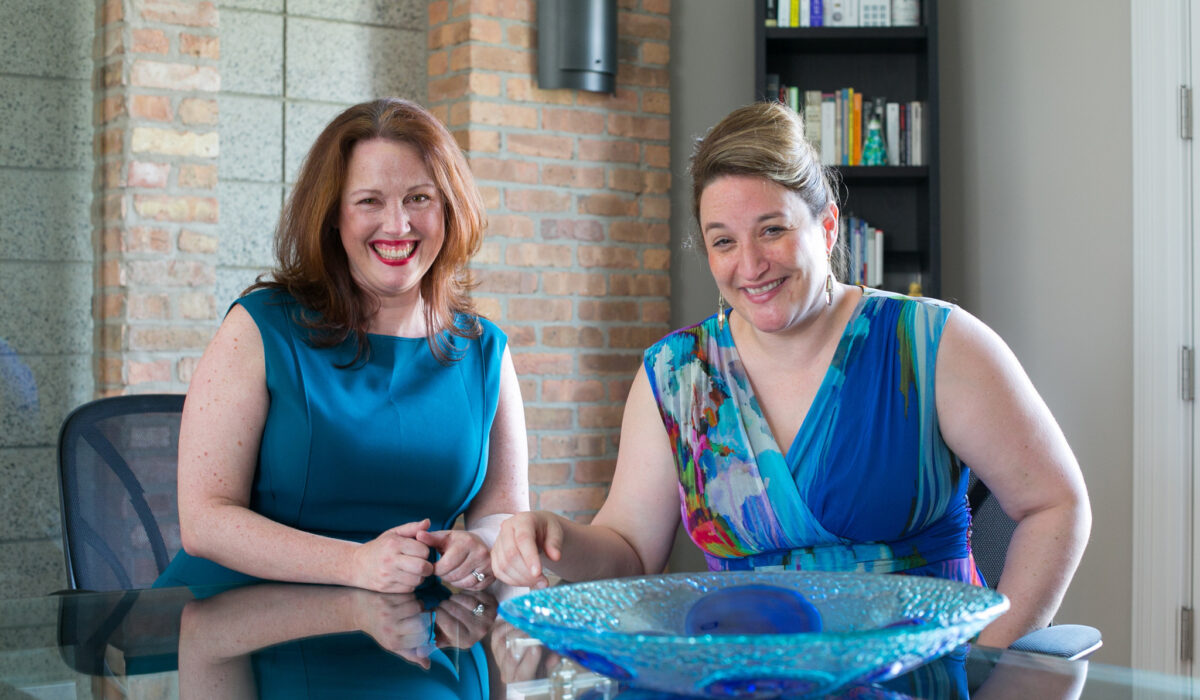 How can liberal arts students use startup lessons to launch their budding careers? That’s the question opera singers and entrepreneurs Genevieve Thiers ⇒ and Heather Aranyi tackled in a class they developed at Northwestern University.

Thiers founded childcare startup Sittercity before becoming an opera soloist at the Lyric Opera of Chicago and elsewhere; Aranyi is a Lyric Opera staff artist and teacher-in-residence, as well as an independent master voice teacher.

They combined lessons from their experiences marketing themselves as artists to create the course “Growing and Monetizing your Fanbase,” which was first taught last fall to students at Northwestern’s Farley Center for Entrepreneurship and Innovation. The course covered three themes: gathering fans, extracting value from fans and unifying multiple skills or roles under a single brand.

“It used to be the casting agents who determined who made it on stage and who did not,” Thiers said. “But just as tech startups are chipping away at big industry, shows like ‘American Idol’ and ‘So You Think You Can Dance’ began chipping away at the typical agent model.”

Thiers combined course materials into a self-published book called “Fan Cloud,” due out Nov. 15, that she co-authored with her sister Elizabeth. Thiers and Aranyi, who plan to teach the class again in the January 2018 winter quarter, shared some tips for anyone who wants to build a career using an entrepreneurial approach.

Create a fan cloud to capture your fans.

The first step is creating a fan cloud: a collection of the fans that you gather through social media and other marketing tools. Thiers advocates building a presence and drawing in fans through Facebook, Instagram, Twitter, YouTube and LinkedIn — and especially SoundCloud for vocal performances and branding.

From there, she believes skills like email marketing and public relations further engage fans. Another tool is getting your web pages added to Google’s search database through search engine optimization in order to make sure that “when someone Googles you, a ton of results come up,” she said.

In sales, marketing and the tech world, executives use a funnel model to illustrate the journey of converting fans into repeat customers. It starts at the widest part of the funnel, raising awareness with social media. From there, it narrows down to buyers and then champions — “someone who helps you in a significant way,” be it money, housing or an introduction to a reporter or agent, explained Thiers.

“That’s wonderful because you can completely predict what sales and your costs and incoming revenue will look like,” she said. “The idea of a cloud and the ability to use a funnel is to lower your anxiety and increase success.

“You might have 7,000 fans on social media but 1,200 have given you their email address. Then 300 bought a ticket or product, 120 are repeat buyers and six became a champion,” she said. “Then your life becomes more predictable versus scary and nutty.”

Find and leverage the unifying thread between multiple areas of expertise.

The idea here is to create a “brand bus,” since today people have multi-dimensional careers that feed into one big career. Showing off diverse experiences while identifying a common theme that unites them can make candidates look more interesting and dynamic, Aranyi said — getting all those experiences on one “bus.”

Thiers says her shift to opera performance, building an opera company, writing a musical and building this course and book follow the common thread of her entrepreneurship. Aranyi says her work as an opera soloist, educator and cantorial soloist tie together her skills in engaging, connecting and understanding people to help them move forward in their vision.

“People are worried that they look unfocused if they have multiple areas of expertise,” said Aranyi. “They can start to form a narrative on the thread of, ‘What is the consistent thing that forms what their brand is?’”

Being able to identify what makes a person unique and how to get where you want to go “is a very different skill set than having the initial talent,” she added. “We call it ‘piercing the veil’ — how to get from the skill set to the dream.”

Kate MacArthur is a freelance writer.