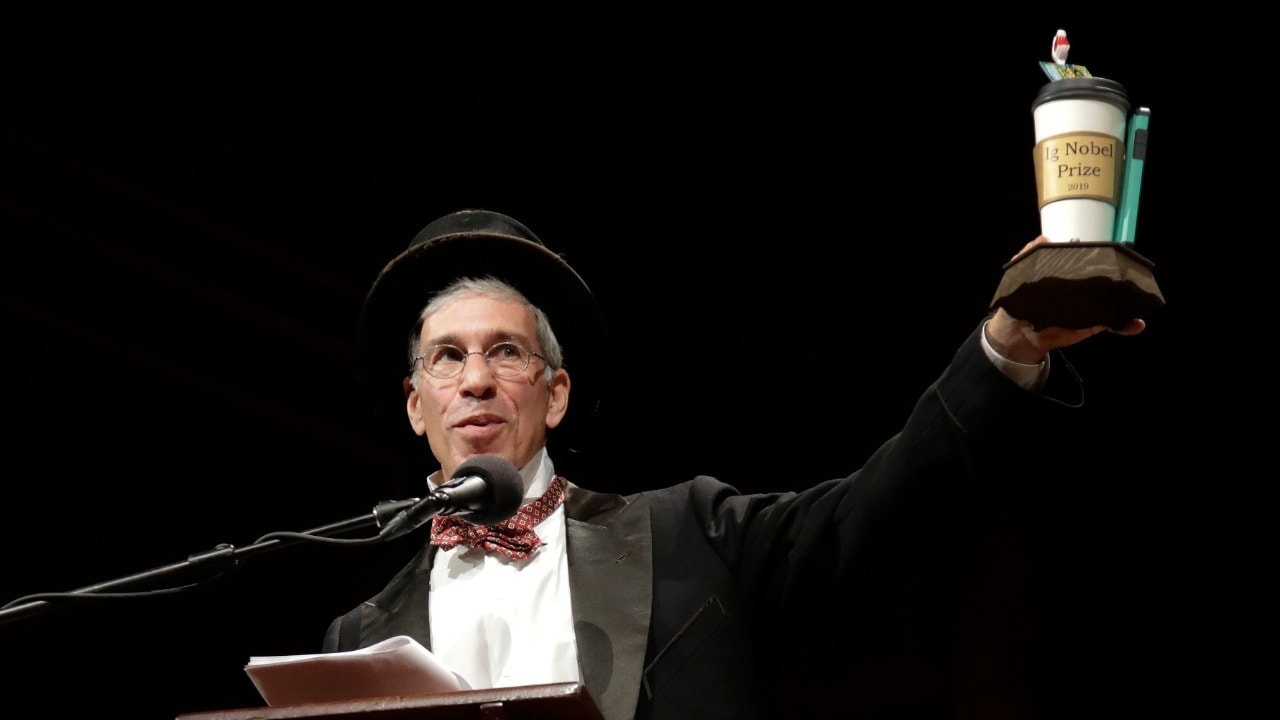 A study of whether pizza made and eaten in Italy wards off cancer and an inventor of a diaper-changing machine are among the winners of this year’s spoof Nobel prizes. Scientists who measured children’s saliva and those examining the pleasure of scratching an itch were also honored at the 29th annual Ig Nobel Prizes, which celebrate the sillier side of science.

The awards were due to be handed out on Thursday at Harvard University in Cambridge, Massachusetts.

The prizes aim to “celebrate the unusual, honor the imaginative — and spur people’s interest in science, medicine, and technology,” organizers said of the event, which features a traditional onstage paper airplane toss.

The top honor in the anatomy category went to Roger Mieusset and Bourras Bengoudifa for their 2007 work measuring scrotal temperature asymmetry in naked and clothed postmen in France.

The winners receive $10 trillion in cash in essentially worthless, inflation-ravaged Zimbabwean money. They were allotted 60 seconds to make a speech. If winners over-ran they were going to be cut off by an eight-year-old girl repeating, “Please stop, I’m bored.”

Like every year, the awards were going to be presented by real Nobel laureates, with four attending Thursday’s ceremony.

A Japanese team took home the chemistry prize for estimating the total saliva volume produced per day by a typical five-year-old child.

Iman Farahbakhsh of Iran won the engineering award for his machine that changes babies’ diapers, which was patented in the US last year.

An international team received the anti-Nobel Peace Prize for measuring the pleasurability of scratching an itch while Silvano Gallus took the medicine award for collecting evidence that pizza might protect against illness and death, but only if it is made and consumed in Italy.

Marc Abrahams, editor of  the Annals of Improbable Research magazine, was to close the ceremony by saying: “If you didn’t win an Ig Nobel Prize tonight — and especially if you did — better luck next year.”