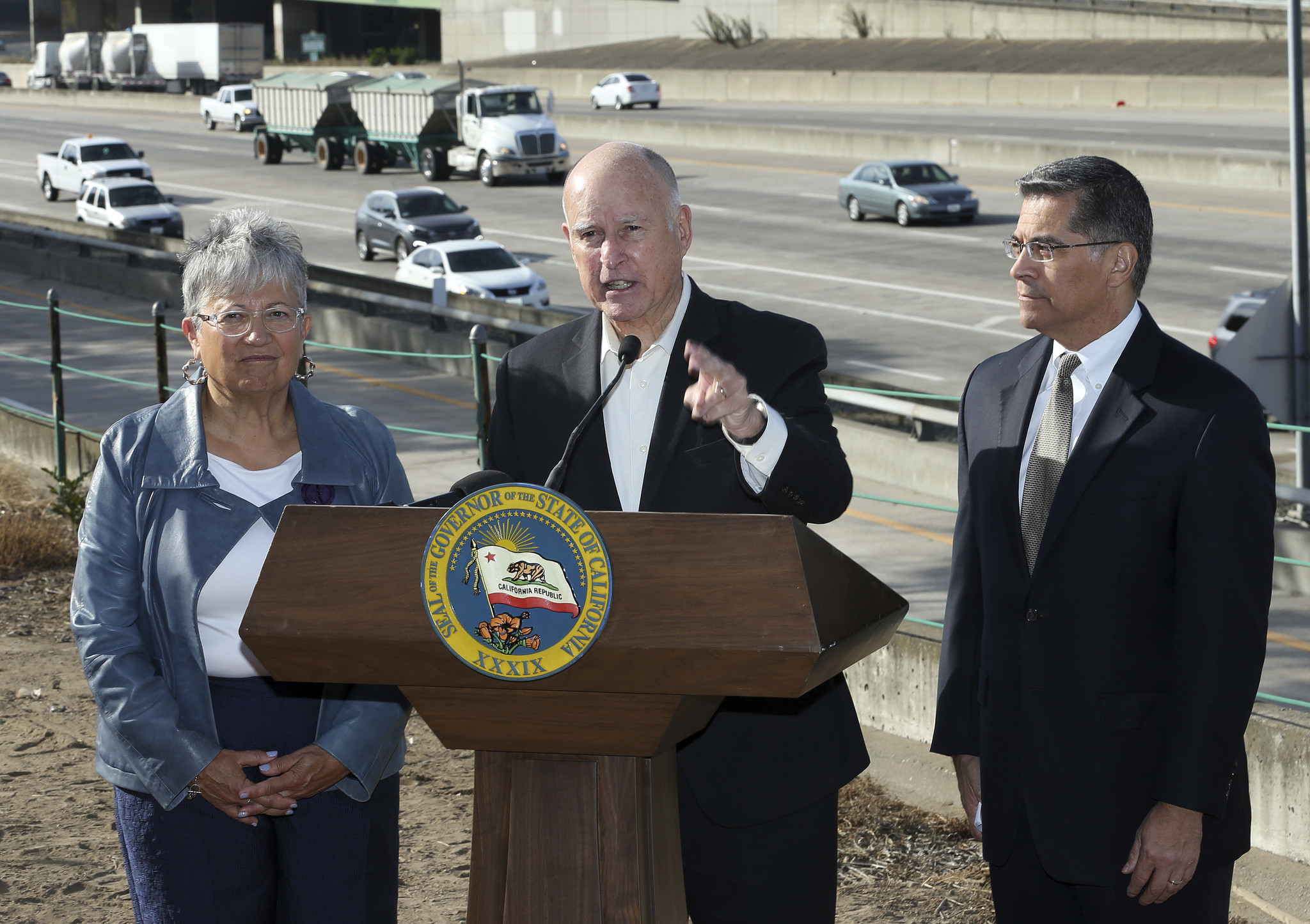 It became clear in February that if the country’s auto emissions and mileage standards were to be maintained, California would have to go it alone.

That was when the Trump administration abruptly announced it was breaking off discussions with the state’s air quality regulators over the administration’s proposal to gut those standards.

One other aspect of the battle also was clear: The standoff between the White House and California would be a disaster for automakers. They would be faced with meeting multiple emissions and mileage standards — those set by California and followed by about a dozen other states; the federal government’s; and whatever rules the remaining states chose to use.

If the White House does not agree, we will move forward with our current standards but work with individual carmakers to implement these principles.

So California did go it alone. The state’s Air Resources Board held its own talks with four major auto companies, which have yielded an agreement that upholds the gist of the existing regulations. Those regulations, established under the Obama administration, call for average vehicular fuel efficiency of 54.5 miles per gallon by 2025, applicable to model year 2017 and beyond. As my colleagues Anna M. Phillips and Tony Barboza report, Thursday’s announced agreement requires the four companies to meet a standard of about 50 miles per gallon by 2026.

That’s a slight rollback, but that’s what negotiations are all about. The Trump administration’s plan was to freeze the auto mileage standard at the 2020 level, which is only 36.9 mpg. The new agreement was reached with Ford, Honda, Volkswagen and BMW of North America, which account for nearly one-third of auto sales in the U.S.

The agreement announced Thursday represents the triumph of reality over Trumpian quackery. As I’ve reported earlier, the administration’s published justification for its proposed rule change was a mess, bristling with unscientific absurdities.

The most comprehensive debunking of these points came from 11 experts at leading universities, including UC, USC, Yale and MIT, published in Science in December. They reported that the analysis supporting the rollback had “fundamental flaws and inconsistencies, is at odds with basic economic theory … [and] is misleading.”

By contrast, California’s rules are based on solid science, and are crucial elements in a program to cut greenhouse gases as a weapon against climate change. The state relied on its authority to set standards more stringent than the federal government’s based on a waiver from federal law that has been in place for nearly half a century and passed muster with federal courts. Its emissions standards are effectively written into state law and are followed by 11 other states making up 40% of the U.S. auto market.

Auto manufacturers have consistently claimed that the Obama-era standards would be impossible to meet in the American car market, in which electric vehicles and fuel-efficient hybrid gas-electric cars account for a minuscule share of sales and SUVs remain the vehicles of choice. But what the automakers really hungered for was uniformity — a “50-state solution” giving them one standard to shoot for, instead of “a patchwork of regulations.”

That was the goal confounded by the Trump administration’s truculent fight with California, which was certain not to back down. Among the most vociferous critics of Trump’s position was American Honda — one of the signatories of the new agreement.

The Trump White House had made a show of looking to find a middle ground with California, but it was only for show. When the administration announced it had decided to “discontinue discussions” with the Air Resources Board over auto standards, state officials observed that there hadn’t been “discussions,” at least in the sense of negotiations.

“At no time, in any meetings, did the… White House suggest there was anything in the proposals they would bend on at all,” Air Resources Board Chair Mary Nichols told me in February. California had offered to compromise on the “slope of the curve,” Nichols said, perhaps by compromising to give automakers a bit more time to meet the most stringent goals in exchange for a commitment to meet them by the ultimate deadline; that’s the general shape of the new agreement. But the feds wanted more.

Thursday’s announcement demonstrates both the power California possesses as a big state to cut its own path on important issues such as climate change. It also points the way to dealing with Trump policymaking, particularly when it’s as arbitrary and fact-free as the emissions proposal: Just ignore him.

Nichols made clear Thursday she is prepared to continue in this vein to protect California’s emissions rules, with or without the administration. “If the White House does not agree,” she said, “we will move forward with our current standards but work with individual carmakers to implement these principles.”