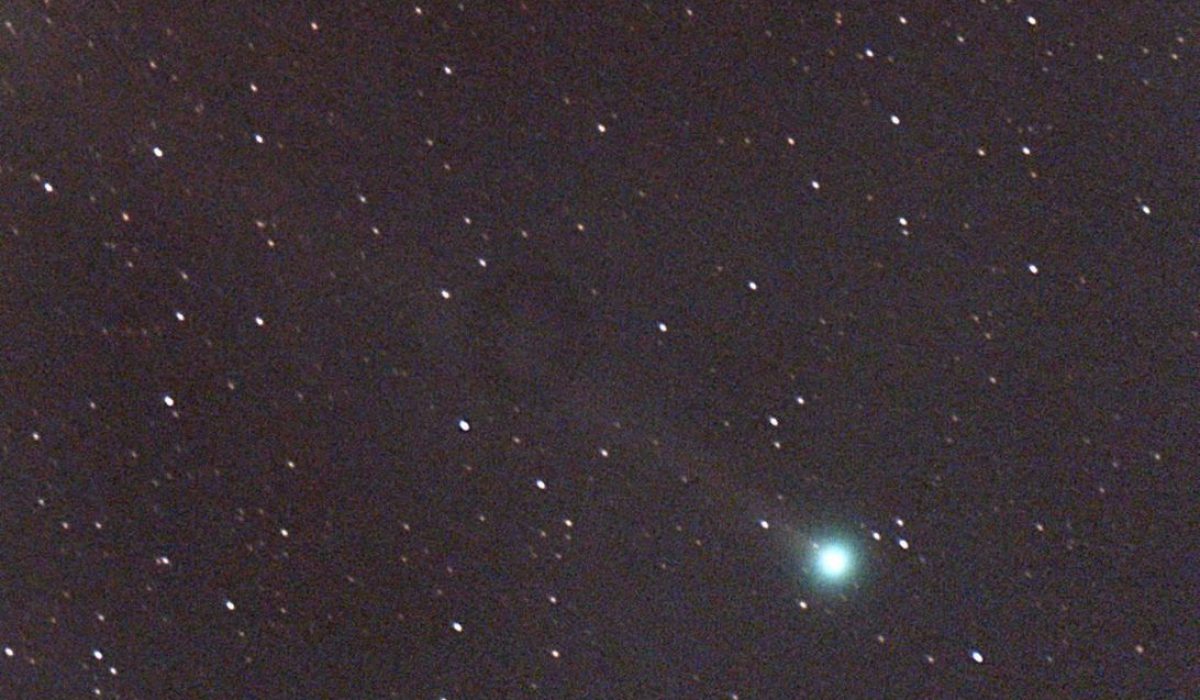 I don’t expect you to believe me at this point, but there is another newly discovered comet that has the potential to put on quite a show in the next few weeks.

Comet C/2020 F3 NEOWISE (or just Neowise, for short) is the third comet this year to be discovered by astronomers, who say it could become visible to the naked eye and perhaps be even brighter. Comet Atlas and Comet Swan also held the same potential, but they broke up or fizzled out before ever really becoming so bright as to cause a mainstream stir.

“It might not look like much now, but this comet could blossom in the weeks after perihelion (closest approach to the sun),” writes astronomer Dr. Tony Phillips on Spaceweather.com. “Northern hemisphere observers would be able to easily see it in the evening sky in mid-July.”

If that pans out, Comet Neowise could be as bright as the most brilliant stars in the sky. But if Comets Atlas and Swan are any indication, sky watchers shouldn’t get too excited. Both failed to hold up as they raced toward the sun, headlong into its barrage of radiation.

Comets are notoriously fickle in this way: It’s just very difficult to predict how they’ll fare during their close encounters with the sun. Some fail to resist its gravitational pull and dive straight into our star, extinguishing themselves forever.

But veteran comet spotter Michael Mattiazzo, who took the photo at the top of this story, thinks there’s a decent chance Neowise will have more staying power than Swan or Atlas.

“I’d say there’s a 70 percent chance this comet will survive perihelion,” he told Phillips. “Comet Neowise could be a case of third time lucky.”