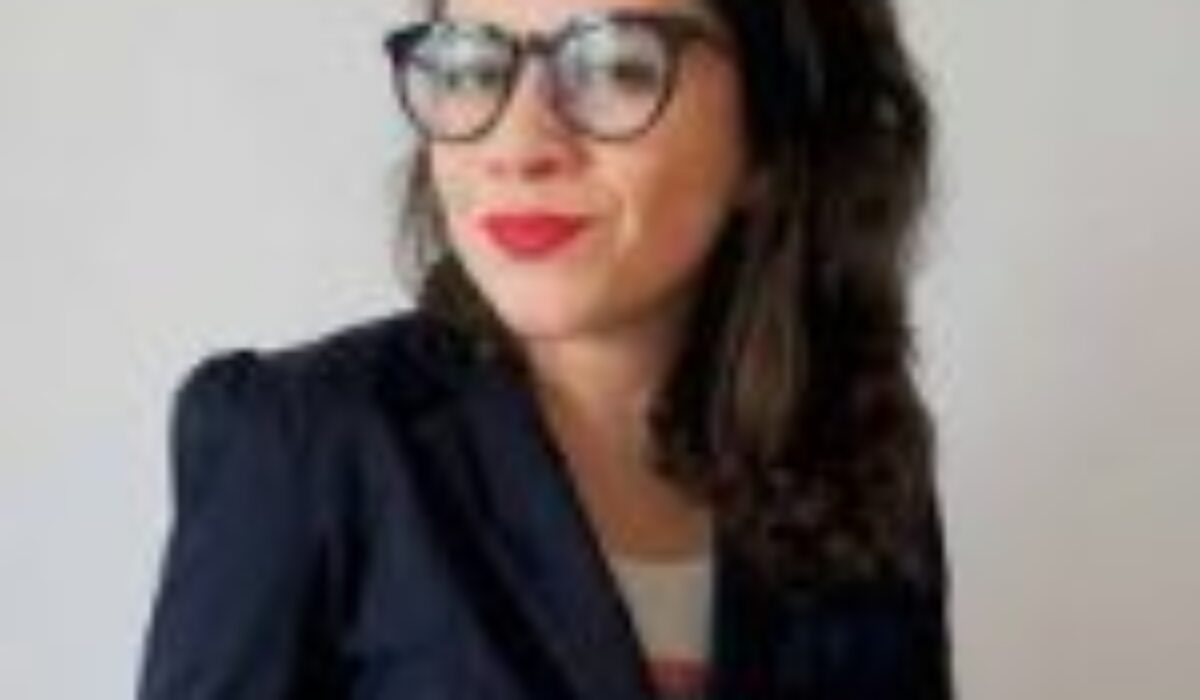 The cryptocurrency industry is evolving quickly.

Two years ago, the space was almost completely driven by raw hype: Bitcoin was up, up, up, and anyone who came within ten feet of the industry was told that if they would invest, their pockets would become heavy. And it was true–for a while.

Since the boom of 2017, however, the cryptocurrency industry has endured a major market crash, months of doldrums, and a slow resurrection; as a result, the companies and individuals that were surviving on hype alone have largely been purged from the space–and so too have the news media outlets that allowed industry participants to shamelessly shill their products (for a fee, of course.)

Indeed, the crypto news media sites that have survived to this point are the ones that have managed to roll with the punches: building and improving methods of maintaining journalistic integrity for a new industry, hiring journalists with a good understanding of the technology in the industry, and maintaining traditions of transparency (in most cases.)

While this may seem like honorable principles, these news outlets have not had a choice–with less and less capital flowing into the space, and fierce competition, creating top-quality content is a top priority. How have the crypto news sites that the industry relies on managed to stay afloat?

How has the cryptocurrency news media industry changed over the last several years?

Marie Tatibouet, Chief Marketing Officer at Gate.io, explained the evolution of journalism in the crypto space to Finance Magnates this way: “during the ICO craze, a lot of crypto media started charging companies looking for media coverage, often without even indicating it was a sponsored post, and because funds were flowing, they got away with it.”

However, the end of the crypto boom that took place at the end of 2017 translated to a serious decline in the amount of capital being thrown around the cryptocurrency space: “since the crypto winter, companies have had a lot [fewer] funds to spend on media and crypto media readership has also been down, meaning that there has generally been a lot less money to go around.”

As such, “a lot of crypto media companies died during the crypto winter because they were unprofitable,’ Tatibouet said. “Those who survived were the ones who got creative. Crypto media started turning to more digital ways to increase revenue: banner ads & digital services.”

Tatibouet says that ultimately, this was a positive thing: “this brought more transparency to the industry, and smart companies like Coindesk or BTC Magazine have put down very firm lines in between the sales and editorial teams so as to preserve their integrity.”

”The standard for newsworthiness has increased substantially.”

David Wachsman, CEO of Wachsman, the world’s largest communications firm focusing on the blockchain industry, has also noted a marked improvement in the quality of journalism within the blockchain space since the crypto winter: “the reporters who remained after the most recent crypto bear market have a much deeper well of knowledge and therefore tend to write even better stories,” he told Finance Magnates.

“Also, the standard for newsworthiness has increased substantially — you have to pass an awfully challenging test to earn coverage. We see this as a signal of a maturing market.”

Additionally, “because blockchain technology can at times be complicated and industry fast-moving, reporters in the space usually have to achieve a certain level of prerequisite knowledge of the landscape before being able to dive into a story”; therefore, journalists who have managed to survive within the blockchain industry so far tend to be more informed about the things that they cover.

But Wachsman also noted that the slimming-down of the crypto media during the crypto winter has not been a totally positive thing for the industry: “some terrific news sites devoted to the industry have had to shut down consequently, and that has been a terrible loss for the blockchain space.”

Events, data have become a popular way for crypto media sites to profit

As readership and capital are becoming more and more difficult for crypto media sites to obtain, organizing corporate events has become an increasingly popular way of bringing in capital: CoinDesk’s Consensus has become extremely popular; CoinTelegraph is jumping into the game with Blockshow. Finance Magnates hosts a number of events of its own, including the Barcelona Trading Conference that took place in July of this year, and the upcoming London Summit that will take place this November.

“Events have also constituted a large part of [crypto media sites’] income during the boom of 2017, due to many companies using conferences as a platform to raise awareness for ICOs and funding rounds,” explained William McCormick, Founder of Pure Knot, a strategic communications and PR agency for blockchain companies, to Finance Magnates.

However, the industry is only so big: “events became extremely saturated and newer events are noticing a significant decrease in attendance. The larger established events like Consensys NYC and San Francisco Blockchain Week are still going strong.’

“This is due to their reputation, and also to their approach in spreading these events over a week-long community gathering in each city’s financial and tech hubs. We are seeing this trend globally, with Japan blockchain week coming up soon, and many other countries holding their own Consensys style ‘week of crypto events.’”

McCormick also mentioned the importance of good data. “There is an increasing trend for publications to paywall their more detailed research or specific topics, based on the analytics and data they gather through their publication,” he said.

“Also as part of a growing trend, Binance, a leading crypto exchange, for example, made a strategic investment into the Chinese crypto-data website Mars Finance, joining the funding round that valued them $200M. It’s blockchain data could potentially be an effective resource for Binance to expand its reach in Asia.”

Solid SEO strategy is key in the cryptosphere

Because there is less money flying around in the media side of the cryptosphere than in 2017, the sites that have managed to survive have had to rely more heavily on search engine optimization (SEO) strategy in order to stay ahead of the competition.

“SEO still remains a cornerstone for successful crypto businesses who invest their time to do it properly. While Google’s algorithms have changed in favor of sites with SSL, mobile first and other changes, companies who do it well have been able to position themselves against their competitors,” McCormick explained.

“For those who’ve invested in localization as well, this can help them get discovered in all of the non-English versions of Google, as well as other search engines such as Yandex, Bing, and DuckDuckGo,” he added. Of all of the most popular crypto media sites, CoinTelegraph seems to be the one that has put the most effort into developing localized content: in addition to its English news site, the publication also has sites in Spanish, Japanese, and German.

In any case, SEO is key: “depending on what sector of crypto business operates in, strong SEO can make the difference between acquiring users at a modest cost, versus having to pay large amounts through advertising to compensate for weaknesses.”

One important aspect of this is domain names: “if we are looking at just the domain name alone, it is undeniable that you want people to recognize your brand, your business or what your website is all about,” reads a post from the aptly-named Website.com. “A SEO-optimized domain name is one that tells people what the website is about, the products and services it offers, etc.”

As such, the battle over cryptocurrency domain names has ensued–cryptocurrency-related domain names have begun to fetch particularly high premiums in the online world. In 2018, Crypto.com sold for a whopping $12 million; at one point, Ethereum.com (which has no relation to the creators of Ethereum or any aspect of the technology itself) was on sale for $10 million. Now, a visit to the website bears a brief statement and an invitation for potential buyers to “Inquire.”

Even “lesser” domain names will fetch a pretty penny–for example, a quick search on GoDaddy’s domain value calculator revealed that “Bitcoin.cloud” was worth nearly €60,000; “Bitcoin.global” was worth nearly €5000. “Bitcoin.love” was a bargain for just €135.43.

But having crypto-related domain names is not the be-all and end-all for SEO in the cryptosphere–for example, CoinTelegraph acquired CT.com in October of last year, and paid heavily for it: although the exact price of the purchase is unknown, NamePros reported that “it looks as though MediaOptions was brokering the sale of this name in 2017 after it appeared on several newsletters, with the price on February 16th, 2017 quoted at $1.3 million.”

Because two-letter .com domain names are such a rarity (there are no more than 676 of them in existence), they can fetch a particularly high premium; in 2013, IG Group purchased IG.com for roughly $4.7 million. Other notable two-letter domain sales include $8 million for “WE.com,” $5 million for “JD.com,” and $3.2 million for “MI.com.”

CT.com is also over twenty years old. While the exact impact of domain age on search engine optimization (SEO) is unknown, the consensus among experts seems to be that the older a domain is, the more likely it is to rank highly in Google searches.

This lack of disclosure has caused some speculation within the cryptocurrency community. Former CoinTelegraph journalist Ian DeMartino wrote in a Medium post that following a number of experiences he had at the publication that “my suspicion is that someone close to the Bytecoin team, perhaps the Bytecoin team itself, owns CoinTelegraph. But it could be as CryptoCoinNews’ P.H. Madore proposed, that they are simply funded by MinerGate, which they certainly have connections to.”

In any case, CoinTelegraph is certainly doing something right; the site is largely regarded as one of the most reliable news sources in the sphere. Additionally, India-based crypto journalist and digital marketing consultant Akshay Makadiya told Finance Magnates that  “in terms of traffic, Cointelegraph leads the board followed by CoinDesk and Bitcoin.com,” he said. “According to the data from Similarweb, the multilingual sub-domains by CoinTelegraph helps them to gain approx 6 million unique visitors a month. while CoinDesk [receives] 5 million unique visitors and Bitcoin.com receive approx 3.5 million visitors a month.”

What do you think that cryptocurrency news sites are doing particularly well (or not-so-well)? Let us know in a comment below.