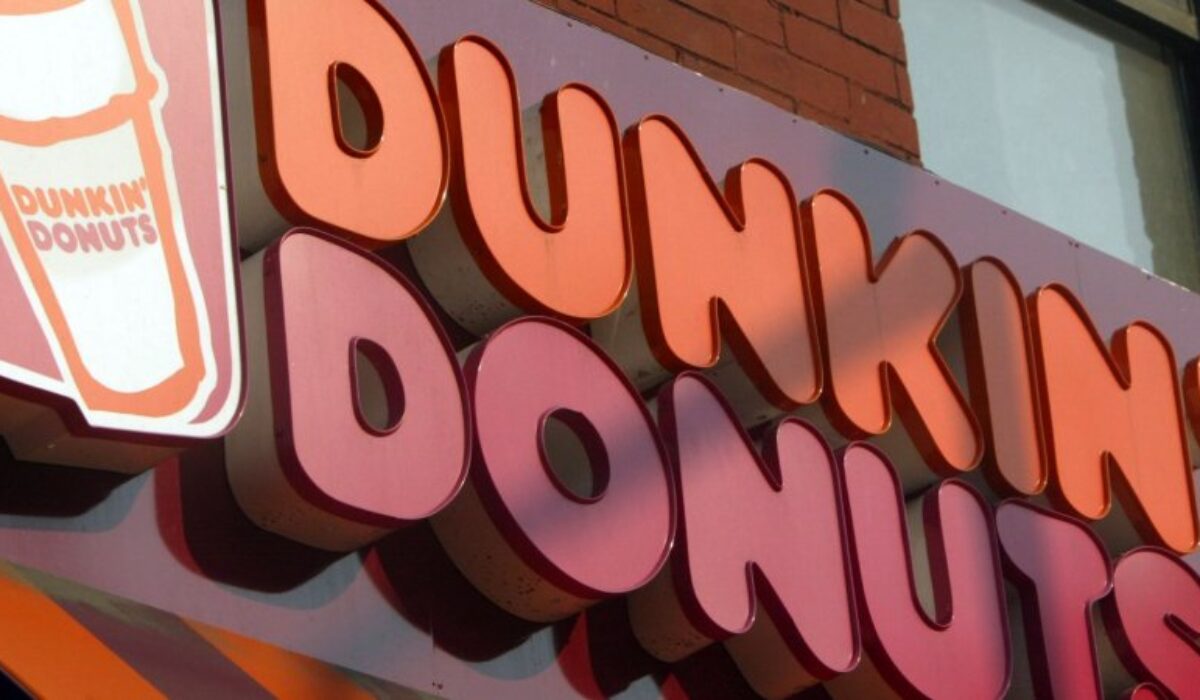 But for all of Dunkin’ Donuts regional ties, the company has its sights set on world domination. And as corporate leaders explained this week, they’re using some surprising tricks–some of them so simple you’ll wonder why nobody else is doing them–in order to get there.

A lot of this comes down to how fast Dunkin’ Donuts can get a cup of coffee into your hands, so it can turn around put another cup of coffee in somebody else’s hands. (Maybe an egg sandwich, too.)

The more quickly they move you through, the more customers they can serve, and the more money they make. Basic math.

So, they’ve got a couple of short, simple words for you: “drive-thru,” and “mobile app.”

It’s all on display now at the company’s new “next generation concept store” in Massachusetts. Pull up to the drive-thru there, and you’ve got a choice of two lanes.

There’s the regular drive through, where cars line up, order, wait their turn, and pick up their coffee and food–pretty much like every other drive-thru lane in the world.

But, there’s also an “exclusive On-the-Go drive-thru lane,” as Dunkin’ Donuts calls it in a press release, that lets you skip ahead of all the other customers, and go right to the front of the line. Think of it as first class for coffee.

READ ALSO  Looking to get out of the SEO business? Good! - Search Engine Land

What do you have to do in order to fly first class at Dunks? Join their “DD Perks” rewards program, and place your order via your phone on the Dunkin’s Mobile App.

It’s a pretty simple concept, and if you’re from New England like me, it might even strike you as “wicked smart.”

Dunkin’ Donuts certainly isn’t the first restaurant to try to push people to order via an app–but they claim to be the first national restaurant to combine it with the drive-thru.

In retrospect, it’s almost obvious, given that industry wide, between 30 and 70 percent of customers reportedly use drive-thrus. (The wide range has a lot to do with individual restaurants’ focuses, and the times of the day that customers visit.)

Now, it will probably tick some people off in the short term, at least the first few times they show up and realize that they have to wait longer than other customers because they’re paying in cash or with a credit card.

A lot of them will convert, though, because if you grab a coffee on the way to work each day, and if using the “On-the-Go” lane saves you 90 seconds each time because you’re not stuck behind somebody else putting in their order–that could add up to six hours a year.

There are some other smaller changes being tested in the new “next generation store,” (which happens to be about a mile from the original Dunkin’ Donuts location from 1950). Among them: a tap system for cold beverages, electronic order kiosks, and greater energy efficiency.

They also want to convince you that Dunks is a place to visit in the afternoon, and open hundreds more stores outside of the northeast. And they’re getting rid of their foam cups.

READ ALSO  15 Things Every Entrepreneur Should Know About Email

But I’m going to put my money on the “mobile-preferred” drive-thru ordering experiment as the smartest, simplest innovation.

There’s some history, too: This is the company whose lineage includes the entire concept of franchising restaurants in the United States–years before McDonald’s started doing it–and leveraged it to build Dunkin’ Donuts into a national name.

Oh, right. The name. I almost forgot. They’re dropping the “Donuts” part of it soon. They should just go with Dunks, since that’s what everyone calls them in New England anyway, but apparently they want to change to just “Dunkin’.”