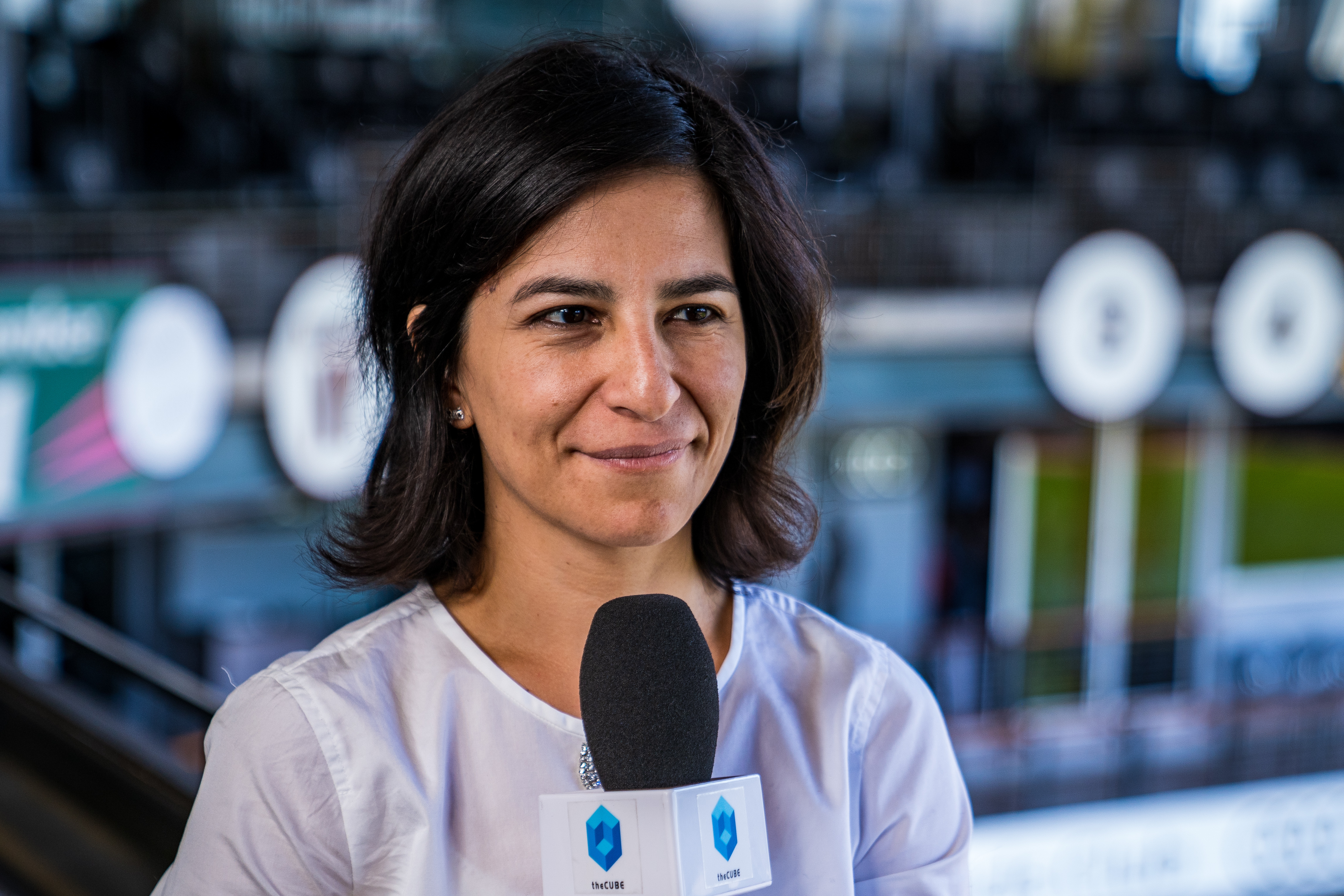 Buy a ticket. Attend the event. Have fun. It seems a simple process. But today’s ticket agents are doing more than selling admissions to sports games or concerts. Thanks to new data technologies, customers are tracked from the minute they first visit a sales site through to when they leave the venue after the event.

This may seem scary. No one wants to think big-brother ticket touts are watching over us. But the truth is, everyone can benefit from the data-power of big-ticket agents. And cheaper pricing is only one of the perks.

This week, theCUBE spotlights Sezin Aksoy in our Women in Tech feature.

A brief history of dynamic pricing

Altering pricing levels to match consumer demand is a practice that pre-dates the information era.

“My father-in-law talks about when he was doing dynamic pricing as a young kid [in the hotel industry],” Frick said, referring to desk clerks making on-the-fly pricing decisions for late-night walk-ins. But while observations and instinct have influenced fluctuating prices since humanity started trading, computing advancements have introduced data science into the equation.

In the early 1980s, access to data from computerized reservations systems coupled with airline deregulation and increased competition from discount airlines to lead AA’s then Chief Executive Officer Robert Crandell to introduce dynamically adjusted pricing for the airline’s tickets.

Aksoy’s passion for pricing analytics also started with American Airlines. She attended Duke University, graduated with a bachelor’s degree in mathematics, economics, and Italian, and was immediately hired by AA as an internet pricing analyst.

Five years later, Aksoy left the airline business to pioneer dynamic pricing in professional sports. As first director of analytics for the Cleveland Cavaliers NBA basketball team, Aksoy faced the challenge of building a business analytics team from scratch in an industry where static pricing was still the norm.

“If you think about it, there are a lot of similarities between airlines and live entertainment,” she stated. Both have fixed costs and schedules: “The flight has to go, or the game has to be played no matter how many people are there,” Aksoy explained.

Another similarity is fluctuating demand levels based on day, date or time of the flight or event. “You have to study the sort of the behavior from the consumers when they buy their tickets. What are the factors they put into play to make that decision?” Aksoy asked.

During this time, Aksoy also studied for, and was awarded, an MBA in business from Northwestern University Kellogg School of Management.

The challenge of the untrained consumer

Aksoy is currently the senior vice president of global data strategy and analytics for Los Angeles-based ticket sales platform AXS (pronounced access). Leaving the Cleveland Cavaliers for the bright lights of L.A. wasn’t an intentional career choice for Aksoy, who moved when her husband, a cardiologist, accepted a position with the UCLA Medical Center. But 15 years of data analysis and revenue management experience made her a prime candidate to oversee AXS’ dynamic sales game plan.

While most people understand that the travel industry operates on a fluctuating pricing model, many aren’t aware that ticket sales for events can change based on similar parameters. Aksoy encountered this problem with both the Cavaliers and AXS. Her solution? To introduce dynamic pricing gradually while educating customers on the benefits.

“The right way to think about it is, you want incentivize people to buy early,” she stated. “And you want to make sure they are the ones getting the best price, and not necessarily the people that are buying last minute.”

Selling the seats is no longer enough

A sold-out show is obviously the goal of event sales management. But “just selling the seat doesn’t get you far enough,” Aksoy said.

AXS collects data on the customer from first point of contact on the AXS website. “Whether they buy the ticket or don’t. Whether they buy or sell and transfer the ticket, or they attend the event, all those are various touch points we are collecting,” she stated.

This data can be used to track sales, and adjust pricing and marketing strategy.

“We can understand the web traffic. Did they buy the ticket when you sent out that email, or did they buy it three days later?” Aksoy asked.

She also gave the examples of tracking attendance demographics. “Typically, for a Friday game versus a Tuesday game, your crowd will look different,” she said. “The Friday game may be more families … but Tuesday may be more corporate world. So understanding there are patterns.”

READ ALSO  What Is a Hardened Browser? Do You Really Need One?

Building the infrastructure to gather and manage this data is not easy. “But we’ve done it at AXS,” Aksoy said.

The AXS platform uses Amazon Kinesis Data Streams to provide venue business intelligent teams real-time access to customer data. Rotating barcode technology, known as AXS ID ticketing, provides a unique ID to each ticket. This means that only the registered holder can use it to enter the venue.

“If you just copy-paste the ticket and text your friend, that doesn’t work,” Aksoy explained.

This real-time scan data provides event management with detailed information on the demographics of attendees — where they are sitting and even what time they arrive. As all tickets are tied to registered account holders, it also gives sales teams access to a verified fan database that they can use to target event-goers with personalized offers.

“It could be that you have people that typically come in late. You could actually come up with promotions on merch and food and beverage to incentivize them [to arrive] early,” Aksoy stated.

“You may have had a lot of hot dogs left that you couldn’t sell,” Aksoy said. “Towards the last quarter, you could send a message to everyone saying … ‘Hot dogs are 20% off.’”

Watch the complete video interview below, and be sure to check out more of SiliconANGLE’s and theCUBE’s coverage of Sports Tech Tokyo World Demo Day.