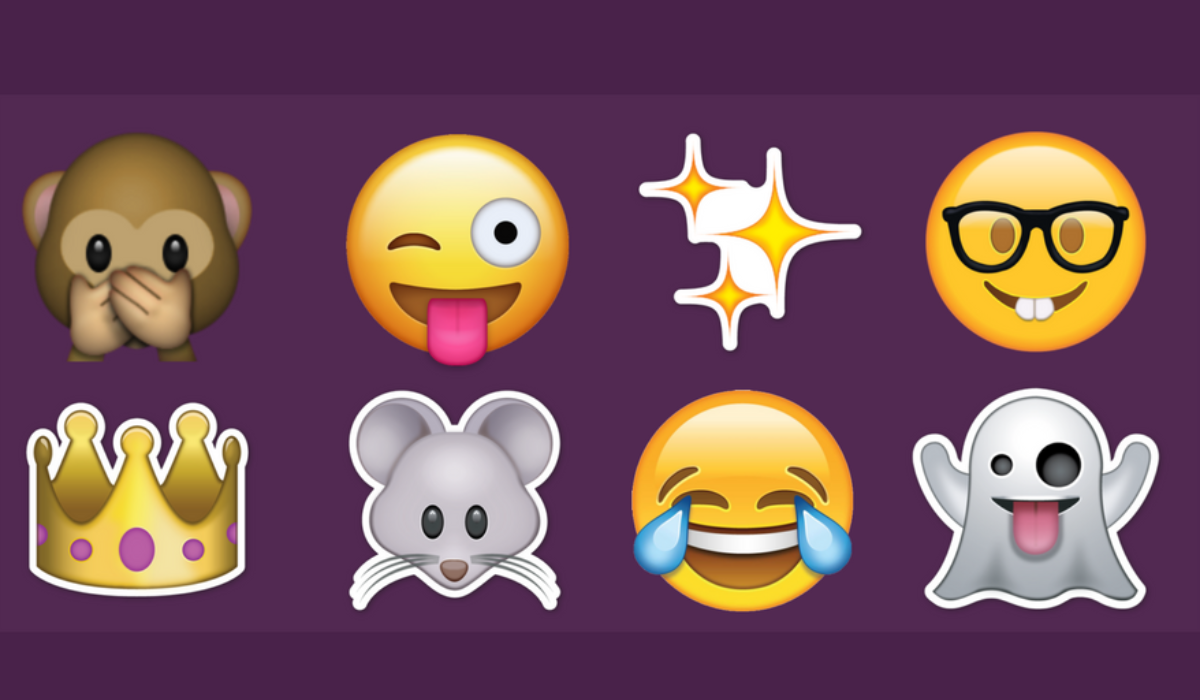 How to use emojis for social and email marketing success

With more than 60 million emojis sent each day and 2,666 emojis in the Unicode Standard to choose from it’s hard not to notice the popularity of these small icons. Emojis are no longer limited to text messages. Emojis are everywhere in movies, marketing campaigns, clothing, emails and even as bank passwords. But before you start packing emojis into your campaigns, we consider the best ways to incorporate emojis into your marketing strategy.

Emojis are not for everyone, you need to fully understand your target audience before you start including emojis in your content. According to Sproat Social, 60% of women use emojis frequently compared to 41% of men. They also reported that 75% of men and 84% of women respondents believe emojis are a better way to express their emotions than words. Emogi have broken emoji users down into three groups light, medium and heavy users.  “Heavy” mobile users are female, younger, and highly engaged with emojis. Over 50% of their messages will include a emoji and they would like to see more alternative emojis beyond the standard set. As we can see from this graph its not just millennials using emojis. Gen X and baby boomers are using emojis more and more as a form of communication.

Including emojis in Tweets is shown to increase engagement by 25.4%. Larry Kim did a simple split test to see which paid ad performed best, (with or without emoji). The one with an emoji received a higher engagement rate. Consider doing this test for yourself to see how your audience responds before using emojis regularly in your content.

Even if emojis do increase your performance that doesn’t mean you will get it right. Take Sports Centre for example. They attempted using all emoji tweets to represent the length of the game because of the high-number of replays. This was highly misunderstood by their followers. Goldman Sachs shared a tweet in March 2015 that looked at the spending habits of millennials. They condensed their findings into a series of emojis. People criticized the businesses for the message being unprofessional and misunderstood.

We might not always get it right, and sometimes it will require some trial and error. Test out tweets including emojis and evaluate the response.

The most popular emoji used on Facebook last year that received the highest engagement was😀. Consider the context for you featuring an emoji, and don’t sprinkle them in every update. Use them in the right context and stick to one or two. Over 50% of Instagram captions now feature an emoji, its hard sometimes to find a caption not featuring an emoji. This will be due to over 50% of Instagram users being millennials. This Instagram emoji study shows that faces account for 6 of the top 10 emoji hashtags. Unsurprisingly, the hearts and hand gestures round out the top 10.

Instagram’s use of emojis is focused on communicating a mood or feeling to their followers. Of the 20,000 Instagram profiles examined by Quintly, 56% used emojis during 2016. According to AdWeek marketers are using emojis to appear more friendly and to tell stories in their marketing campaigns, tapping into the language their followers and fans use. AdWeek believes emojis are a necessity on Instagram.

Of the 2,000 existing emojis the most popular emoji was used nearly 50,000 times. If you plan to include new emojis in your posts it might improve the interactions you receive on videos and images. Over the past few years, we have seen more emojis used by marketers in their campaigns. Marketers need to evolve with their customers, they need to use new technologies such as emojis if they want to truly understand and emotionally connect with their target audience.

Using emojis can help improve communication with your audience and keep a playful company tone of voice across your platforms. It has been found that emojis trigger the emotional parts of our brains, almost the same way as seeing a smiling face tends to trigger a reaction in our own feelings. Therefore using emojis can have a positive impact on your marketing efforts.

One brand who nailed their emoji advertisement was McDonald’s. They used a series of Emojis which told a story, resulting in a burger and a smile. They used emojis to associate positive thoughts towards the brand. This was a simple campaign allowing McDonald’s to tap into the pop-cultural conversation. We have seen some brands taking emojis to another level and creating their own. Marketers are now harnessing emoji and creating an integrated experience around them. Brands like Loreal, Star Wars, Ikea and celebrities like Kim Kardashian have built their own emoji keyboards for fans to use on messenger, text and on social media.

Branded emojis have now moved beyond advertising enhancements and celebrities to politics. Last year Hillary Clinton created her own emoji keyboard to enhance her election campaign.

If you plan on using emojis consider how they will engage your target audience first and if they will tell the right story. Future emoji marketing campaigns that will generate buzz will be the ones that communicate effectively and are authentic in their emoji usage.

MailChimp did an interesting study looking at the trends and usage of emojis in subject lines. They found the top 15 emojis used in emails and found that 31% of campaigns with emojis use more than one of them.

MailChimp recommends using emojis to convey meaning rather than as a gimmick. As screen sizes get smaller, senders need to find ways of including more information and emotion into shorter messages. Emojis are great for this.

Seasonal emojis are a great way to start using emojis and to visually boost your seasonal content. Consider using Christmas, Halloween or Easter to push your content and have fun with your emails.

Therefore, by using emojis or animations in your subject line, you can help you stand out in your subscriber’s fully loaded inbox. If your email marketing campaigns can communicate effectively through emojis and are authentic in their emoji usage, they may help re-engage your lost subscribers.

For now, emoji marketing is still generating buzz and you can find them everywhere on social media, television, and in print. But there are a few questions you should ask yourself before including them in your campaigns and content.

Do you know the meaning behind the emoji?

Make sure you are using emojis in the right context and understand the different meanings of emojis. Using emojis can put your brand’s reputation at risk and can communicate a totally different message to what you initially planned. Here is a funny, but an unfortunate example. Is it the appropriate time and place?

As we have seen, over the top long emoji messages can sometimes miss the mark, but a well-timed post can benefit from an emoji. If the occasion calls for it, you can get creative with emoji art. Budlight took advantage of 4th July, just for fun. The biggest risk in using emojis, is your message getting lost in translation. Consider your audience first before including emojis. Don’t just stick an emoji in a tweet for the sake of it. Check the meaning, then consider if it’s relevant. If you want to ease your way into using emojis start with seasonal emojis or look at trending topics or national holidays to make your posts relevant.

Have you tested emojis in your marketing campaigns? Which marketing channel do you plan to target for testing emojis? If you want to see more examples of how brands have emotionally connected with their target audience using emojis check out these 5 examples.