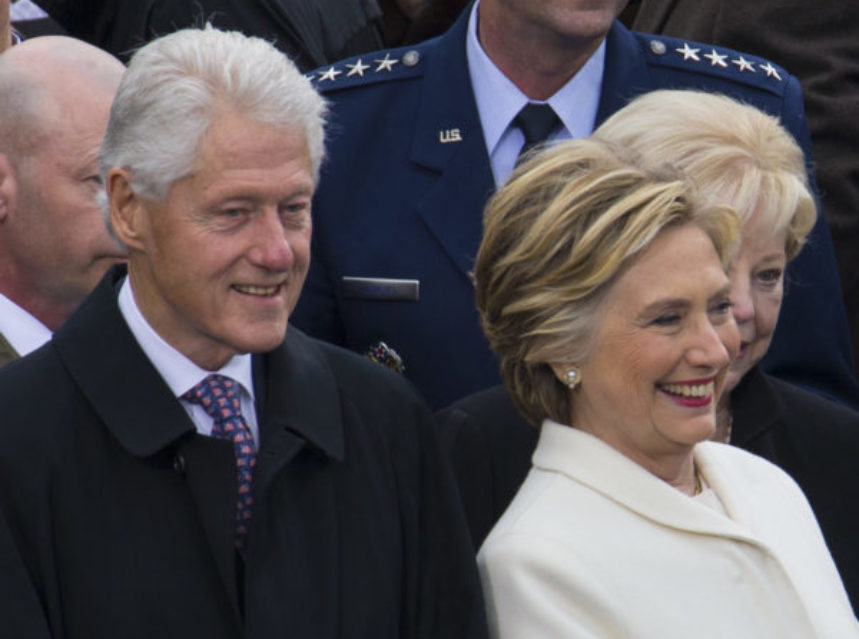 The FBI being on their way to the home of Bill and Hillary Clinton with a warrant before the house caught on fire is fake news. There is no truth to a report that the Clintons were about to be given a warrant when their Chappaqua, N.Y., property caught fire.

Where did this fake news originate? The Last Line of Defense published the fake news article on Jan. 3, 2018, (archived here) reporting that the FBI were on their way to the Clinton’s compound with a warrant when the home caught fire. You can read the fake news below.

FBI Special Agent Scott MacTaggart has confirmed to Fox News that he and his team were on their way to serve a warrant on the Clinton residence in Chappaqua, New York when they got word that a fire had broken out. Their mission was scrubbed and they were sent back to Manhattan to regroup.

The fire, which was conveniently confined to a building behind the residence “operated by the Secret Service” gives the Clintons plausible deniability to destroy any documents they may be hiding there.

The Clintons have decided they don’t even need to bother making a statement on this one since the warrant was never served and whatever was there has surely been destroyed. McTaggart says his next task is to go back to the FBI and figure out who the mole is who keeps alerting the Clintons to upcoming raids on their properties. This is the 4th time in five years they’ve narrowly escaped warrants to search their home or offices.

However, there is no truth to the above story, according to Hoax Alert. Nick Merrill, a spokesman for Hillary Clinton, said that the Clintons were not around at the time. There is no record of a “FBI Special Agent Scott MacTaggart” having spoken with Fox News about a warrant on the Clintons.

Additionally, there is no legitimate news coverage of the Clintons being served a warrant.

BREAKING: FBI Was On The Way To The Clinton Compound With A Warrant When It Caught Fire https://t.co/tFJEsHqF9y

BREAKING: FBI Was On The Way To The Clinton Compound With A Warrant When It Caught Fire https://t.co/8gqhRjJ88t

BREAKING: FBI Was On The Way To The Clinton Compound With A Warrant When It Caught Fire
https://t.co/28xK4VsbBS

BREAKING: FBI Was On The Way To The Clinton Compound With A Warrant When It Caught Fire https://t.co/avUOES951h via @Politics Daily

Finally, The Last Line of Defense carries the following satire disclaimer at the bottom of each article:

sat·ire ~ˈsaˌtī(ə)r
noun
the use of humor, irony, exaggeration, OR ridicule to expose and criticize people’s stupidity or vices, particularly in the context of contemporary politics and other topical issues.
If you disagree with the definition of satire or have decided it is synonymous with “comedy,” you should really just move along.