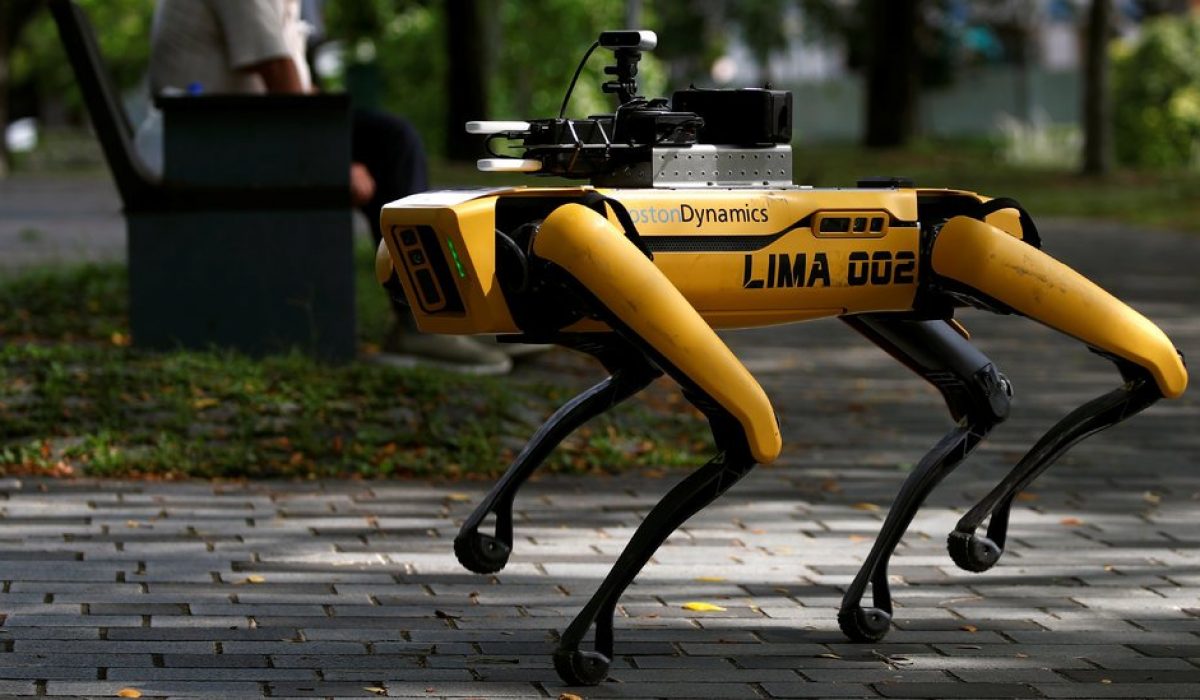 This article is part of Owning the Future, a series on how small businesses across the country are coping with the coronavirus pandemic.

Dr. Cristiano Huscher has long used robotics and artificial intelligence for surgical procedures at the Policlinico Abano chain of hospitals in Italy. So when six doctors contracted Covid-19 at his hospital in Sardinia two months ago, he once again turned to technology — in this case, UVD Robots — to disinfect the rooms.

The robot moves autonomously through a room, using ultraviolet-C light to kill the DNA in the virus, effectively destroying it, along with bacteria.

“This robot kills 99.99 percent of viruses, bacteria and fungal spores,” Dr. Huscher, chief of oncological surgery, robotics and new technologies, said. “We don’t have any nurses, doctors or patients with coronavirus since we started to use the robots.” He expects the robots to eventually become mandatory at hospitals.

The Italian hospital chain is among a surging number of businesses rushing to adopt innovative technology to combat the Covid-19 pandemic. These include robotic dogs that monitor parks for social distancing, thermal sensors that detect fevers from 10 feet away, and hand-washing sensors.

The CARES Act, which offers funding for tech upgrades in the United States, is also spurring companies to embrace shiny new technology faster — and more willingly — than in the past.

“This is going to accelerate it,” said Victoria Petrock, principal analyst at eMarketer, a market research, data and analysis company.

Tech that uses UVC light has been particularly hot.

“Each year millions of patients are infected, and thousands of patients die, due to infections acquired during hospitalization,” said Claus Risager, co-founder and chief executive of Blue Ocean Robotics.

Mr. Risager said scientists had long lauded UVC light as a weapon against SARS, MERS and other viruses. So the company built a mobile UV Disinfection robot that can move around a room, zapping airborne viruses and bacteria from surfaces in 10 to 15 minutes. It hit the market in 2018.

“I could see its potential,” said Darren Smith, an early investor in UVD Robots from Brisbane, Australia, adding that demand has soared beyond expectations during the coronavirus. UVD Robots are now used in hospitals, airports in Southern Europe, a prison in Southeast Asia and a hotel group in Ireland, according to Per Juul Nielsen, the company’s chief executive.

Other companies making UV robots include Xenex, Tru-D, Puro Lighting and Surfacide. Many of these are stationary — rather than mobile — robots.

The ADDAMS robot, developed at the Viterbi School of Engineering at the University of Southern California, goes one step further. It is equipped with a Universal Robots arm that can pick up items, open drawers, move objects and even open and close doors remotely while disinfecting the room with UV light and chemical hydrogen peroxide spray.

But UVC light can’t be blasted into rooms where people are. Prolonged exposure to it can cause skin cancer, cornea damage and other problems.

Healthe of Melbourne, Fla., has created disinfectant devices that use a different technology, far-UVC light, which scientists say is a safe version of UVC for humans. The technology uses a shorter band of wavelength that can’t penetrate the skin, and therefore won’t damage the cells and tissue under it, said David Brenner, director of the Center for Radiological Research at Columbia University. But it can still zap microbes, bacteria and viruses on surfaces and in the air.

“One of the useful properties of UV light in general is that it doesn’t distinguish between drug-resistant bacteria and drug-sensitive bacteria,” Dr. Brenner said. “All it does is damage the DNA or RNA in that bacteria and kill it,” he added, noting that, “we realized it also applied to viruses.”

Fred Maxik, a former NASA scientist and founder of Healthe, said he had been promoting the technology for about three years, but it took Covid-19 to get people to respond. “I really did believe that a pandemic of this magnitude was possible,” he said. “It sometimes takes things as terrible as this is to bring it to focus.”

Magnolia Bakery in Manhattan is installing Healthe’s far-UVC tech devices at two of its retail locations.

Then there’s Spot, a robotic dog built by Boston Dynamics, which wanders around a popular park in Singapore, enforcing social distancing rules. The robot, which has sensors and a 360-degree camera, is steered around the park remotely and uses its built-in speaker to play a recorded message when it comes across people defying social-distancing rules.

Sensors and wearable IoT (internet of things) devices are also big in the coronavirus battle.

Triax Technologies of Norwalk, Conn., makes sensors for construction sites. Its Spot-r sensor, worn on a belt, automates the check in/check out process, which eliminates the need for workers to line up at entry-points or turnstiles. It also tracks workers on a job site, gets notification of a fall and allows workers to report emergencies by pushing a button.

In April, Triax added a new device, Proximity Trace, that beeps if employees stand less than six feet from each other. It also tracks a worker’s daily movements: If the virus is found in a worker, the tracker can identify the people and equipment that might have been exposed to the infected person.

The Gilbane Building Company, based in Providence, R.I., started using Spot-r sensors at many of its construction sites three years ago, and then added the proximity tracers in April.

“When Spot-r first came onboard three years ago there was some pushback — it was seen as kind of a Big Brother device,” said Michael McKelvy, president and chief executive of Gilbane. “But those apprehensions are no longer the case.”

But Ms. Petrock urged caution. “When you start collecting personal data, companies are going to have to start treading very carefully.”

Temperature sensors are also in demand.

Hitachi created a device that detects elevated body temperature from up to 10 feet away. It has infrared cameras that allow a company to flag someone with a high body temperature, giving the business a chance to pull aside high-risk people for secondary screenings or quarantine before they enter a property.

Justin Bean, global director of Smart Spaces Marketing at Hitachi, said he believed temperature scans could become the new normal at airport and train stations — the way the confiscation of nail files and water bottles at airport checkpoints became the norm after 9/11.

Then there’s Hitachi’s automated hand-washing monitoring device, which detects whether workers wash their hands sufficiently — for at least 20 seconds — in a company restroom. The device monitors activity and provides the data — without names — to managers.

But are these tech devices temporary tools, to be tossed away when the pandemic passes?

Mr. Risager noted that there had been three outbreaks of serious viruses — SARS, MERS and Covid-19 — over the past two decades.

“This is the third in 20 years — it’s not something unusual — it’s just unusual that we didn’t manage to contain this one,” he said. “This will not just be forgotten.”