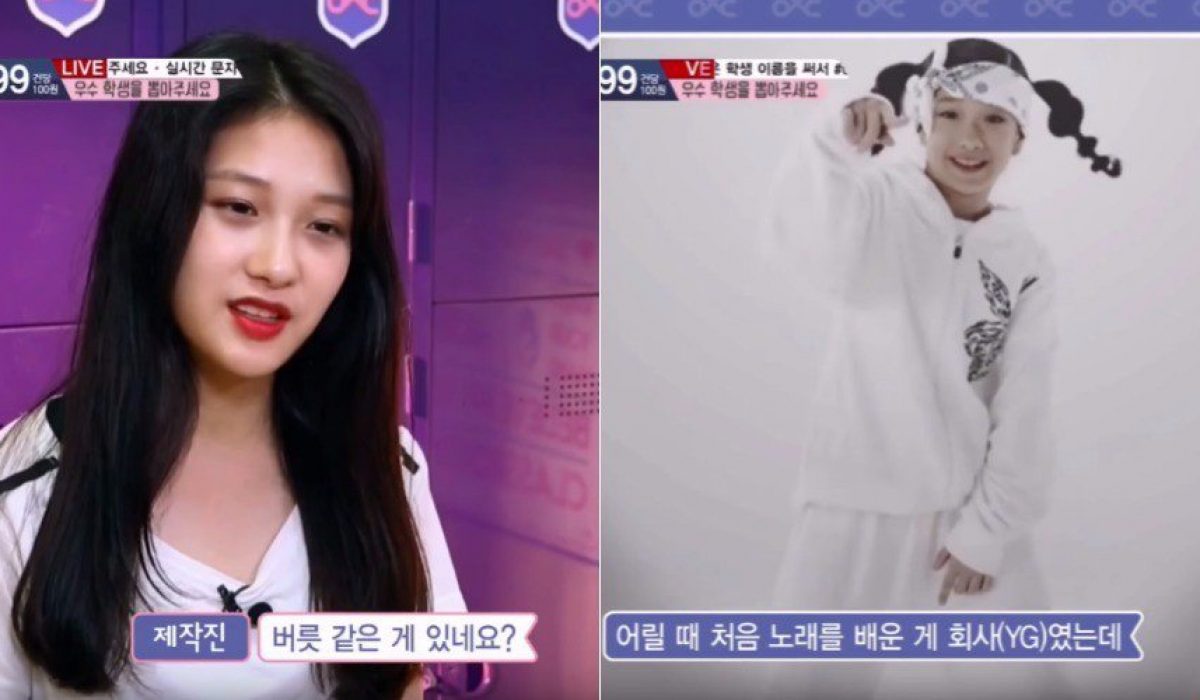 Lee Seo Yeon revealed concerns on having the ”YG style” in her.

On the July 27 airing of ‘Idol School‘, a group of students practiced Black Pink‘s ”Whistle”. The girls asked Lee Seo Yeon, a former YG Entertainment trainee, to sing a part of the song for them because she knows the ”YG style”.

Lee Seo Yeon perfected the lines of ”Whistle” and gained compliments from fellow students. However, Lee Seo Yeon revealed that having the ”YG style” in her is a problem to her.

She explained, “I have a habit. I really want to get rid of it. The agency is where I first learned music so I tend to have a lot of the agency’s style in me.”

Not only in singing but Lee Seo Yeon was also captured having similar gestures as YG artist G-Dragon.

You can watch Lee Seo Yeon’s talk about her ”YG style” in the clip above.