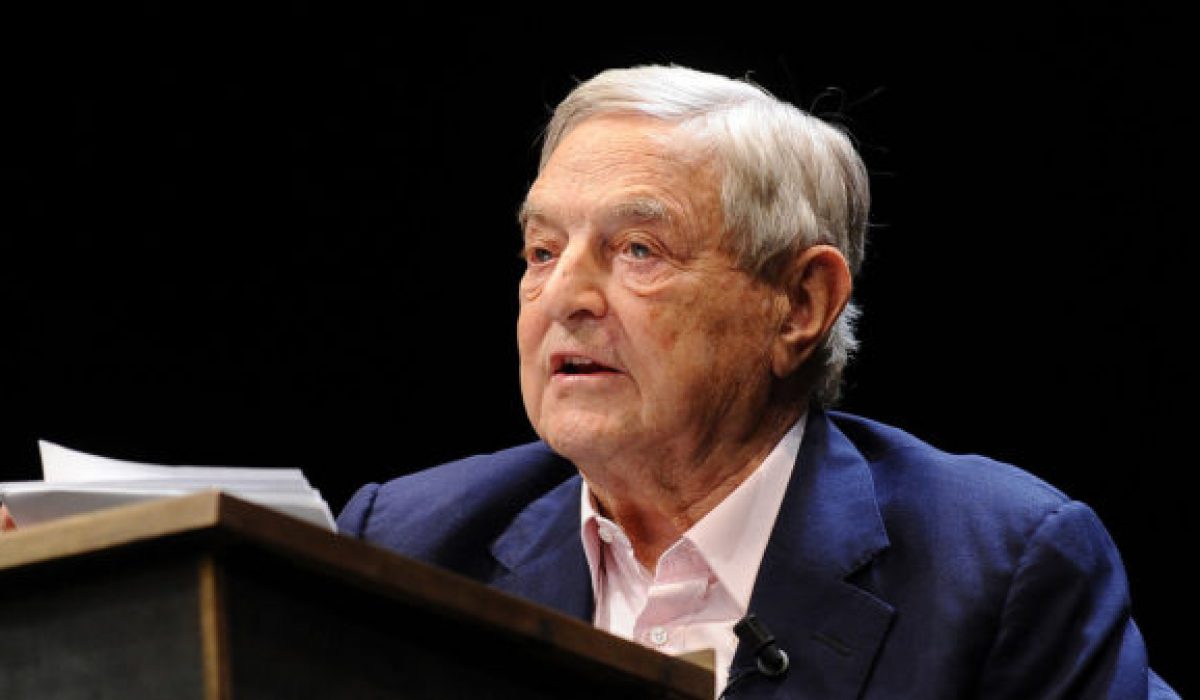 Billionaire George Soros dead in the Burj Al Arab Hotel in Dubai is a death hoax. There is no truth to a report that the billionaire philanthropist of liberal causes has died in a Dubai hotel.

Where did this death hoax originate? Red Line Page published the death hoax falsely reporting that the world was in shock that the 87-year old Soros was found dead in the Burj al Arab hotel in Dubai. You can read the death hoax article below:

From what we now know, the cause of death was heart attack. The death of a Jewish billionaire caused a huge stir in Dubai. The whole hotel was surrounded by the police and the army in just over an hour and a half. All guests in the hotel are prohibited from leaving until the end of the matter. Nobody can enter it. The UAE authorities are already in place, and even Jacob Rothschild has appeared on one of the journalists.

At 11:30 AM, George Soros was to meet Sheikh Mohammed bin Rashid Al-Makotum. He did not appear at the meeting. Concerned by this situation, the sheikh went to the Burj al-Arab hotel where Soros had recently been staying. From one of the consignees, he learned that he had never been a sign of life since last night! Mohammed ordered him to enter his room and check what had happened. There he saw him dead, lying beside the bed. He immediately alarmed the hotel manager and called the ambulance. But it was too late … George Soros had been dead for many hours.

It was initially determined that death occurred between the hours of 21 and 22, the day before yesterday. After the corpses will know more about this. For the time being, the police refuse to provide explanations.

However, there is no truth to the above story, according to Hoax Alert. Of course, there has been no official reporting from any legitimate news outlet. Despite the death hoax being published on Oct. 24, 2017 by Red Line Page, Soros tweeted on Oct. 26 the following:

Nonetheless, people on social media were confused as to whether Soros had died. Soros has been the subject of a previous death hoax so it should not come as too much of a shock that he was once again. Here are some reactions on social media to the death hoax about Soros.

Could it really be true?: George Soros was dead! He was found dead in the Burj al Arab hotel… https://t.co/DpBNj3JWfj

I saw a blurb on FB that George Soros was found dead in a hotel in Dubai. Could be fake, anyone else heard this?

Can anyone confim??? A few hours ago the world was in shock – George Soros is dead! https://t.co/kjeHCF4WDa

Literally a few hours ago the world was in shock George Soros dead! He was found dead N the Burj al Arab hotel in Dubai. @ 187 years old.

Is Soros dead? https://t.co/pGTZan2kpo can someone confirm this story from original source https://t.co/U79973lemM Hungary or Polish I think

ANYBODY HEARD THIS NEWS? IS IT TRUE?https://t.co/aeIQt80ksg

Hoax Alert further noted in an archived version of the article a disclaimer on the death hoax article. In the closing paragraphs which were put through Google Translate, you can read:

THIS ARTICLE IS FAKE NEWS !!!

This is. I’m not kidding. The whole article is sucked from the finger. There is no truth in it. George Soros lives and continues to chaos in the world …

Many of you, reading this, are probably boiling now with rage. You’re probably screaming out loud: ‘What a liar!’, ” Damn fool! ” ‘And I thought that skur ** el ran!’ Yes, you have the right to be pissed. But at least I am honest with you and I immediately say that it is FAKE NEWS! This article was kind of a test. I wanted to see how many of you read this article to the very end. If you have reached here – congratulations! You will be able to verify what you will find on the net. If not – let it be a lesson for you. Today is full of false and misleading information. A lot of people (somewhere I’ve read about research on this subject) after reading only the headline of the article, make it available further, without checking if it is real information. This is exactly how the plague spread into the network a variety of fake news.

Soros founded the Open Society Foundations (OSF) which financially supports civil society groups around the world, with a stated aim of advancing justice, education, public health and independent media. Since its founding, OSF reported expenditures of over $11 billion.

What did you think of the death hoax about Soros? Did you believed the news that he had died or see people sharing it falsely on social media? Let us know in the comments section.

Webcast, November 2nd: How to Get Your Lost Rankings Back in Google (Quickly!)