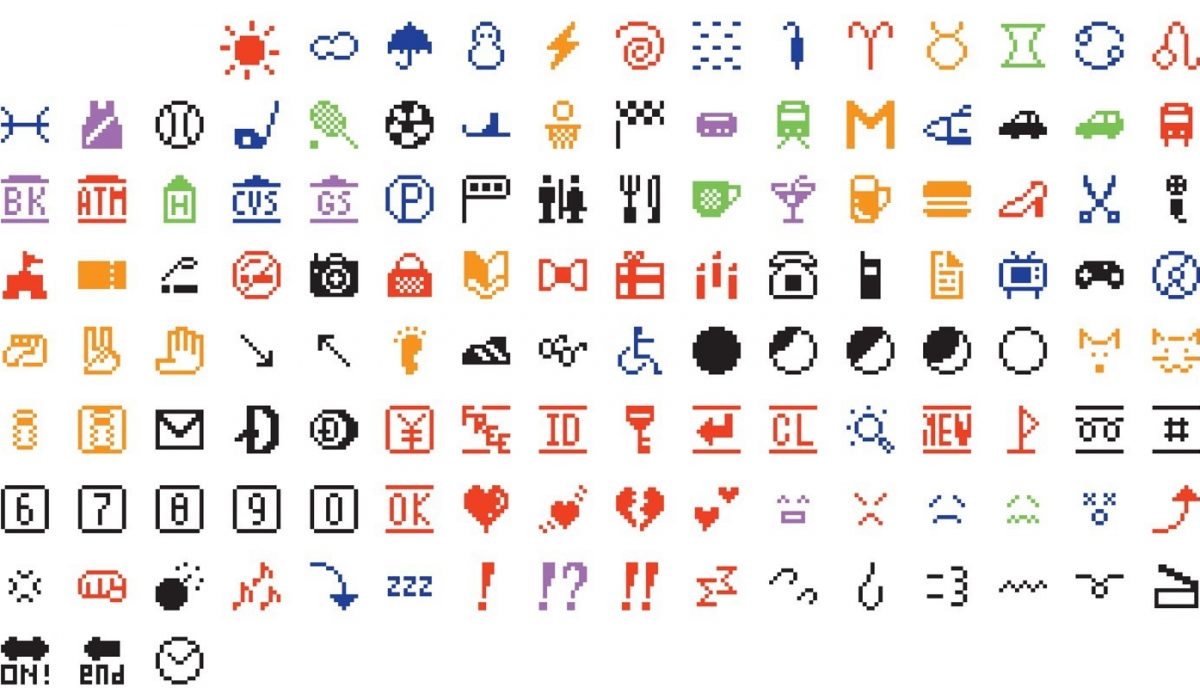 The use of emojis worldwide is continuing to increase each year. And with this trend, many people consider emojis to be a universal language.

Sure, while emojis generally share a meaning between the individuals using them, they don’t always have the same meaning for everyone.

Using emojis in email marketing can be a bit tricky, as global emoji meanings aren’t always the same across cultures.

Looking for the emoji subject line guide? Find it here.

Emojis have come a long way since the initial release of the first 76 pictograms were adapted by the U.S. nonprofit known as the Unicode Consortium.

What’s interesting to note is that, in 1999, a set of 176 pictograms were invented by interface designer Shigetaka Kurita. They were initially created for a Japanese phone operator, and these are often considered the first set of emojis.

From these humble beginnings, hundreds of emojis have been added to the Unicode emoji list each year. In fact, as of January 29, 2020, Unicode announced that Emoji 13.0 was finalized, adding another 62 emojis to the list, including 55 gender and skin-tone variants and gender-inclusive emojis.

With so many emojis at our disposal, it can be quite overwhelming to figure out which are considered the most frequently used, especially when it comes to global emoji use. According to Emojipedia, in 2019, these were the most popular emojis used:

Our sister brand, Emma, tells you when to use emojis in this video.

With a total of 3,304 emojis in the Unicode Standard, it comes as no surprise that emojis are being used to replace words and phrases in marketing content worldwide. However, despite popular belief, thanks to variations in global emoji meanings, emojis aren’t the universal language that people might think.

In fact, many of the most commonly used emojis don’t have the same meaning across various cultures, including these 12 frequently used emojis.

The clapping hands emoji is often seen as a way to express happiness, agreement, or celebration, especially in western culture. However, in China, it’s often used as a symbol for romance.

In the U.S., many people perceive the clasped hands emoji as a form of sending prayers to someone in need. However, in many Asian cultures, this emoji is used as a way to ask someone for forgiveness.

Who doesn’t enjoy receiving the thumbs-up emoji after sharing some news with friends and loved ones?

While in the United States, this emoji can convey a message of agreement or congratulations, many cultures in the Middle East see this emoji as offensive.

READ ALSO  Mark McGuiness on Being a 21st Century Creative

The “waving hands” emoji is often seen as a way to say hello or goodbye to someone via emoji. While less controversial when it comes to global emoji meanings, it can cause a snafu between friends if the message isn’t made clear as to whether you’re saying hi or bye.

When someone’s looking for reassurance, receiving the “OK” emoji is often a sign that things are going as planned. However, the “OK” symbol doesn’t share the same global emoji meaning in part of South America, and many see it as offensive.

In the US, the “metal horns” emoji is often used as a way to convey the message “rock on” or “keep it up.” It’s a way to express excitement and congratulations across the U.S.

However, in countries such as Argentina, Portugal, Greece, Brazil, and Italy, the “metal horns” emoji indicates relationship issues.

The “get well soon” emoji is characterized as what looks like a hospital with a little heart over it. While many cultures share the emoji as a way to express the “get well” sentiment to friends and loved ones, in other cultures, it’s considered to be a hotel.

While a peach emoji is often used as just that, a peach, it can take on several different meanings. This is especially true in the United States, where the fitness industry uses it for getting into shape.

The eggplant emoji is one that doesn’t share a global emoji meaning at all. In the United States, Ireland, and Trinidad, it’s used as a joke emoji. In other countries, it’s simply a vegetable. However, when used in Japan in the new year, it’s seen as a sign of good fortune.

The “poop” emoji has been used for several different things throughout the years, including ice cream. However, when it was released as part of Japan’s original 1997 set of emojis, it was associated with a character from the anime series, Dr. Slump.

Should you use emojis in email marketing?

With so many popular emojis having various global emoji meanings, is it really a wise decision to use them in your email marketing correspondences?

The good news is that, in most cases, your email marketing messages will have a particular geolocational target.

For those brands that have gone international, then you’ll want to make sure you’re practicing careful email segmentation practices to ensure that you aren’t sending something that can be deemed offensive.

So should you be using emojis in email marketing? Yes. Here’s why:

When it comes to using emojis in email marketing, the most common place you’re going to find them will be in an email subject line and sometimes in the email preheader text.

While you may see them occasionally used in the body of an email (particularly in those that utilize a plain-text format), they won’t have the same impact on your readers as they would in the subject line.

When utilizing emojis in your email subject line, not only do they help you convey a very specific message or emotion to your readers, but they help you do so in fewer words.

This is vital because you don’t have much room to work with. In fact, if you’re optimizing for mobile views, you know that you only have about 30-40 characters to use, including spaces.

While they made creative use of a stopwatch to indicate that there are only a few hours left to take advantage of the current sale, they could have further cut down on their character count by removing the word “hours” and just using the stopwatch. The same message conveyed, just in a shorter way.

Another common concern that often has marketing teams wondering whether or not to use emojis in a subject line is the fact that some email clients won’t display them correctly—or at all. To help you out, here’s a current list of which email client supports the use of emojis in email subject lines:

While the global emoji meanings may not all be the same, that shouldn’t scare you away from utilizing emoji symbols in your email marketing correspondences. If you plan on using them in your email subject lines or preheader text, then you may want to consider these best practices:

Want to learn more about using emojis in email subject lines? Be sure you read our extensive guide on the subject!