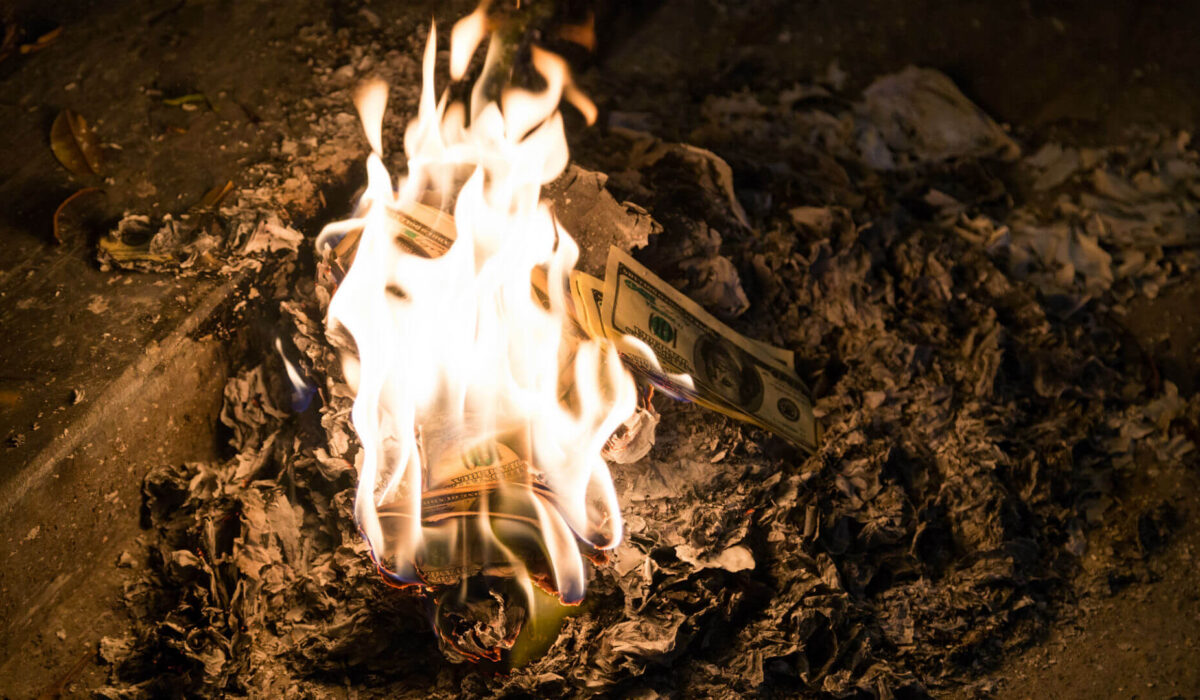 On Wednesday afternoon, Google AdWords notified advertisers in their accounts and on Twitter that a change had already happened to the way budgets get handled on a daily basis. It is not going over well.

In the tweet, Google announced, “To help you hit your advertising goals, your campaigns can now spend up to twice your average daily budget.”

The link leads to the broader notice that the change took effect Wednesday, and is not optional.

What gets lost in the tweet, which reads like something from The Onion, is that that advertisers “won’t be charged more than your monthly charging limit: the average number of days in a month (30.4) multiplied by your average daily budget.”

The concept behind this change actually makes a lot of sense: that campaigns will be better equipped to account for lulls and spikes in daily activity. And, this is something Google has long been doing, just at a much lower increment. Before this update, campaigns could spend 20 percent more than the daily budget on a given day, but overall wouldn’t exceed the calculated monthly budget.

Why oh why does AdWords only have daily budgets?

We set budgets for A REASON. Do not make us guess what that figure should be. And what “goals” are you referring to exactly?

The real question to me isn’t about the loss of control in yet one more area of campaign management, but why is daily still the only budgeting option? Why, particularly with this change forced on advertisers, isn’t there an option to set a monthly budget or a budget for the duration of the campaign if it has a fixed run time? That’s how budgets get allocated, and that’s how managers are expected to operate. Daily bid adjustments don’t address this issue. And usually the reason daily budgets get adjusted — resetting Google’s monthly charging limit — is because advertisers see that campaigns are under or over performing.

At the end of the month, advertisers want to have had the opportunity to get as many qualified clicks and conversions as possible within their given budget. A daily budget is really just a limitation advertisers are forced into by having to allocate a monthly budget evenly throughout the 30-day period. But Google’s change here — that daily spend could exceed the budget by “up to 2 times” — is also arbitrary. What if it turns out there are a handful of days when it would benefit the advertiser to triple the daily budget, knowing there are days that will spend a fraction of the daily limit?

Ideally, if Sunday was a particularly slow day and my campaign only spent $200 of the $300 budgeted, I’d want the system to automatically roll over the unspent $100 to be available Monday and allow the campaign to spend up to $400 that day. That’s not quite what’s happening here. How can advertisers know that their campaigns aren’t being throttled after multiple days of heavy overspending, for example?

With overdelivery credits, maybe it doesn’t matter. “Sometimes we deliver over your monthly budget. In those cases, we’ll credit the overdelivery cost back,” says Google. This is the measure that should help advertisers feel a bit better about the change. Advertisers can see overdelivery by day from the Reports section in AdWords. Google clarifies on this page that it considers monthly budgets to be calendar month budgets and not a rolling 30.4 day period. That’s good. The over delivery credits will show up in an advertiser’s transaction history once they are processed and show up on the invoice once a month.

What happens when advertisers adjust their daily budgets at any point(s) during the month? The calculation is reset the same way it has in the past. But advertisers will need to pay particular attention to how Google will interpret the new monthly budget based on any daily budget changes.

The ability to have fluid daily budget allocations based on traffic trends and projections while maintaining a set monthly budget is a good thing — an ideal case for machine learning, and with the push to Smart Bidding, this change makes all the more sense.  In many cases, small advertisers might not even notice the change, but many other advertisers suddenly find themselves having to retool how they think about budgeting. Just as we head into Q4. That’s not ideal. This forced approach still feels like a clunky (and poorly messaged) way of getting there.