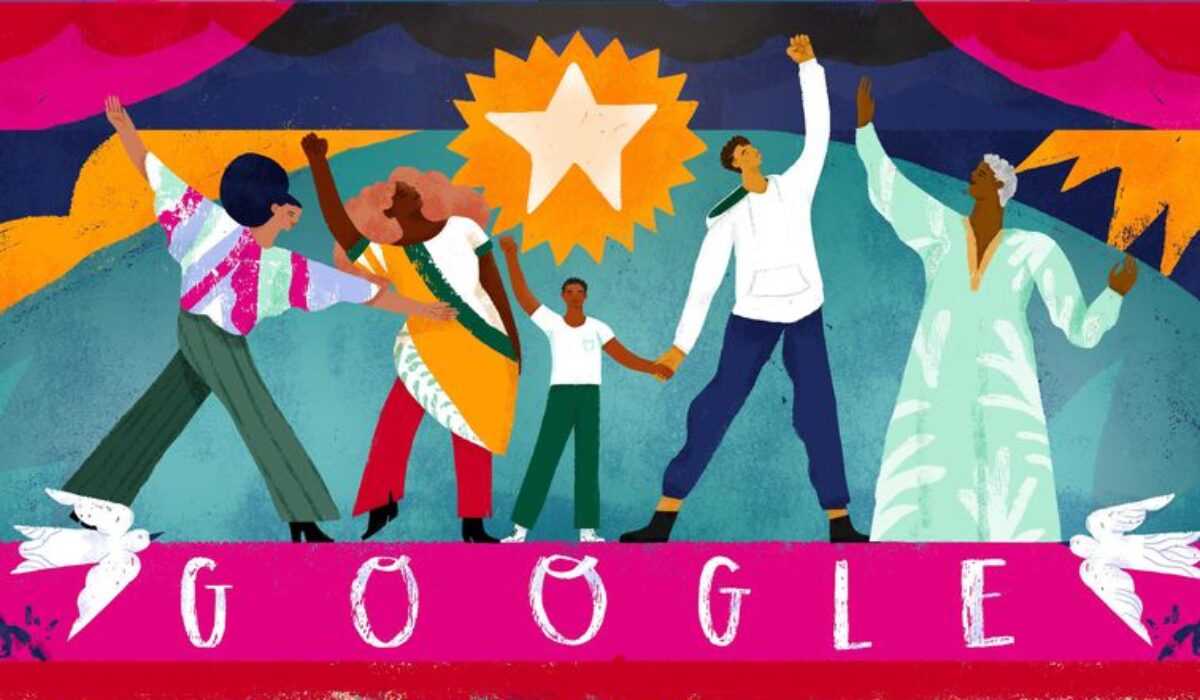 Juneteenth, an annual holiday celebrated every June 19, marks the end of slavery in the US. Also known as Freedom Day or Jubilee Day, Juneteenth is a state holiday or special day of observance in 48 US states, and major companies such as Spotify, Twitter and Lyft have recently added Juneteenth to their calendars as official holidays.

But it’s not always been embraced as widely as it is today.

To mark this year’s celebration, Google dedicated a video Doodle on Friday — this year’s Juneteenth — to the 155th anniversary of the day Union Army Major General Gordon Granger arrived in Galveston, Texas, and read a federal order abolishing the institution of chattel slavery in the state.

Geographically remote from Washington DC, Texas had been a holdout state where enslavement continued, despite President Abraham Lincoln issuing the Emancipation Proclamation to end slavery two years earlier, in 1863, declaring “all persons held as slaves … shall be then, thenceforward, and forever free.”

This year, the day carries special meaning, in light of the Black Lives Matter protests against racial injustice and police brutality, sparked by the deaths of George Floyd, Breonna Taylor, Ahmaud Arbery and Rayshard Brooks.

The Doodle is set to LeVar Burton — known for his iconic role in the 1977 miniseries Roots — reading the first verse of James Weldon Johnson’s poem Lift Every Voice and Sing, often referred to as the Black National Anthem. The video opens with an animated depiction of General Order No. 3: “All slaves are free.”

With a soundtrack created by Chicago-based music producer Elijah Jamal, the Doodle moves on to show Black people celebrating their newfound freedom’s benefits, which like General Order No. 3, usually arrived after some delay. Among them the right to an education, the right to vote and the right to use the same facilities as whites.

The Doodle comes after the search giant faced criticism last year for not having artwork to commemorate Juneteenth. When Davian Chester, a freelance artist from Georgia, noticed the company didn’t create a doodle, he made his own. The image depicted a Black person’s hands breaking free from chains. It went viral on social media, and Google eventually reached out to Chester about a job.

This year, a handful of tech companies, including Twitter and Uber, have declared Juneteenth a company holiday. Google stopped short of doing that, but encouraged employees to cancel mandatory meetings.

The bright and colorful Doodle comes from the vibrant palette of Loveis Wise, a freelance illustrator based in Los Angeles. The 25-year-old artist, who has more than 45,000 followers on Instagram, has designed two magazine covers for The New Yorker, and as part of Google’s Artist in Residence program, she painted a mural for Black History Month at YouTube Space LA in Los Angeles.

Angelica McKinley, Google’s project creative director, notes that while the holiday was widely celebrated by the community in its first years, it was an “unknown holiday” to many people for decades. She writes that she only learned of the holiday herself while attending a historically Black university in Virginia.

“I was shocked that schools back home hadn’t taught us about the day and that my family was completely unaware of it,” she writes in a blog post about the Doodle. She cites a resurgence in interest in the holiday as a reason for optimism, noting that in the past week, Google Search interest in “Juneteenth meaning” spiked +850%.

“I hope folks across the nation commemorate Juneteenth by remembering and sharing the stories of those who lived in slavery before us and those who died for our freedom,” McKinley writes. “I hope they celebrate it by creating space for expressions of Black joy and triumph, as well as teaching that June 19, 1865, was just the beginning.”