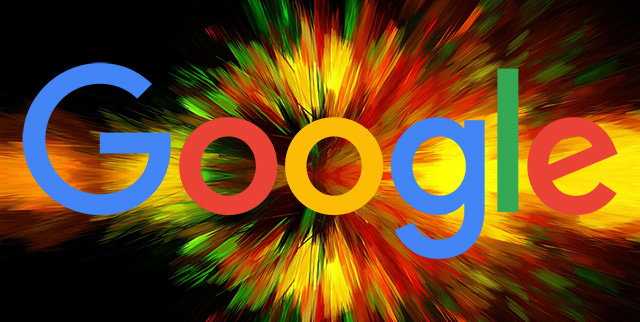 It took some time, but now the SEO community is noticing the impact of the Google September 2019 core update. Yesterday morning most weren’t seeing any significant impact but later on in that day, people began noticing the search results shaking up.

Note, this began rolling out on Tuesday afternoon and it should take a few days to fully roll out, so from the 24th through maybe tomorrow, on Google’s birthday, the 27th? Happy birthday Google!

Here are some newer comments from both WebmasterWorld and Black Hat World after around 10am ET yesterday:

Okay, now I’m seeing huge fluctuations. Some of my pages have gone from page 10+ to pages 2 – 5. Hasn’t really resulted in any change in traffic, but seeing ranking improvements across multiple keywords that I’m looking at. Even if I gained a little back from what I lost in June, it would be nice.

I’m getting my lost traffic back bit by bit. This is rather slow unlike the last update that went wild within 2 days. I’m gaining daily traffic boost since Monday, I’d say 10% increase day by day since Monday. Some of my lost keywords are back to page one.

For me this is another bad update:

I am in the medical sector with user generated content (seems to be evil for G). Some hospital, goverment and pharmacy pages rank me out for keywords they dont have on the site.

I have had around 60% jump in traffic from Yesterday, I was hit by the June core update and changed nothing to my site since then. I actually gave up.

These updates just go to show that when an update is rolled out, Google itself doesn’t know if it will make search better or worse.

I just started seeing impacts a few hours ago in the US.

One of my primary keyword gone from 2nd page to outside of search results.

Just checked again. All my keywords are droping a couple of positions

One of my health sites is +100% today (compared to yesterday and same day last week).

Here are some of the tweets shared with me:

OK, here’s one of the first I have seen with impact. It’s a news publisher that was impacted by the June update. They worked on a number of things since then (thin content, earning links, etc.) Not a heavy traffic site, but the impact is clear starting yesterday evening. pic.twitter.com/8k9I6tuNx4

Looking rosy over here 🙂 The June update hit us hard so this is beautiful to see. Only changes since June is needed to up my anti-depressants for the first time in 15 years. pic.twitter.com/s22mTErIFM

And here are a few examples of surges (GA data). One was heavily impacted by the March update and the other June update. Both are seeing nice gains since the September update rolled out. I’ll post more updates as more data comes in. pic.twitter.com/3YD4yCDf3f

Here’s the full 90-days with scale. Sorry, we didn’t intend to hide that info. @gyitsakalakis pic.twitter.com/UQcm9aJxCu

It seems like it is rolling out very slowly. #GoogleCoreUpdate pic.twitter.com/z09j6wzqy7

Crushed in June 2019 update by 75% organic traffic but not now it boomed. pic.twitter.com/wLLf5ufj18

Another interesting thing is comparing my poll from yesterday to this morning; notice how so many more people (percentage-wise) are noticing this update today vs yesterday. It is hard to see from the poll, but yesterday morning like 80% said they saw no change and then over the day it creeped to over 60% only saying no change.

Anyone seeing and significant changes in rankings or traffic after the Google Sept. 2019 core update release from yesterday?

New poll for today: Anyone seeing and significant changes in rankings or traffic after the Google Sept. 2019 core update release?

And now the tracking tools, most are showing changes, big ones, this morning:

It looks like we got a Core Google search update with teeth. Hope you are all seeing positive gains!