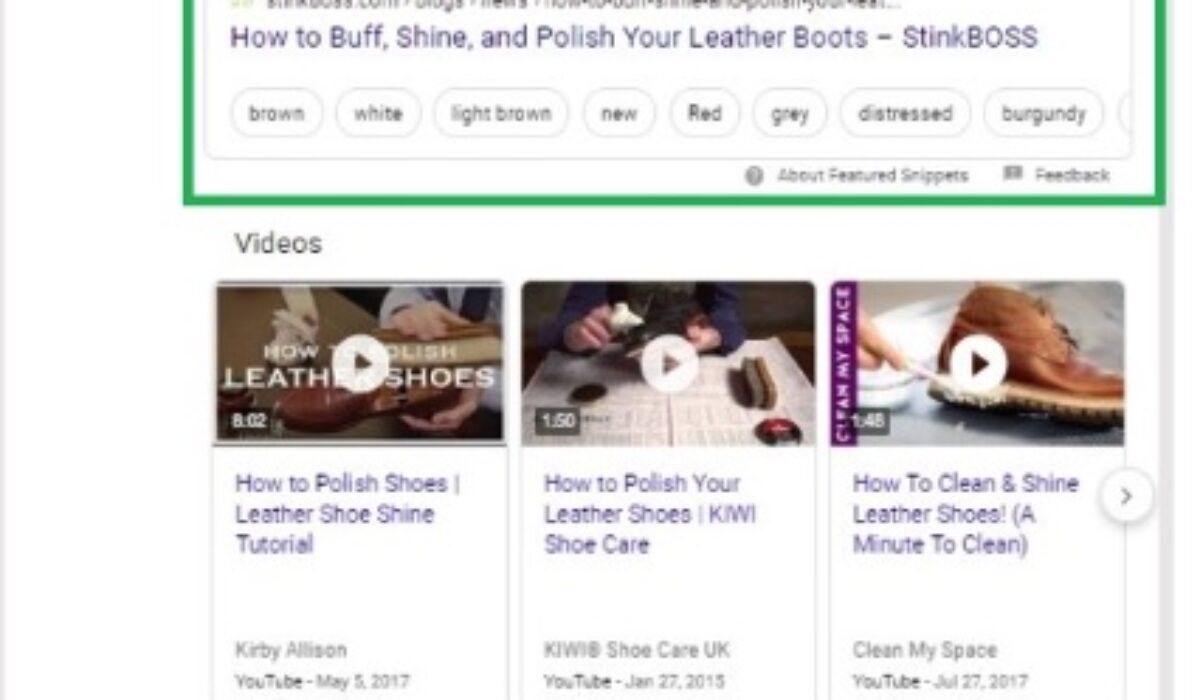 The term “host crowding” refers to multiple organic search results from a single domain for the same query. Host crowding makes it harder to break into the first page of results. In what should be good news, Google announced last week that it’s reducing the occurrence of host crowding.

So why is the search engine optimization industry up in arms?

Over the decades that it has dominated search, Google’s use of host crowding has vacillated.

With its latest update, however, Google changed host crowding by removing the traditional organic listing on page 1 when that site occupies the featured snippet.

For example, in the search below for “how to polish leather shoes,” Stinkboss.com occupies the featured snippet at the top of Google’s organic search results. Before the update, Stinkboss.com also had a prominent ranking in the traditional blue-link listings.

Before the update, Stinkboss.com occupied the featured snippet for “how to polish leather shoes” as well as a traditional blue-link listing.

But after the update, Google removed the traditional listing. 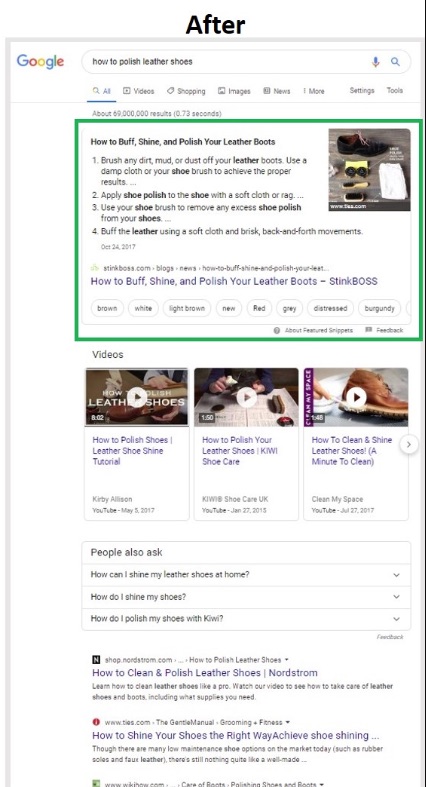 Only the featured snippet remained after the update. Stinkboss.com’s traditional listing was gone.

As a consolation prize, Google now places on page 2 (top listing) the site that occupies the featured snippet.

Interestingly, the update does not apply to the site from which the image is pulled for the featured snippet. In the example above, Ties.com served the featured-snippet image and also ranks in the second position on the first page.

Videos in Google’s web search results are also unaffected, evidently. YouTube videos can win the featured snippet, be awarded a traditional link in the video carousel immediately below the snippet, and also rank at the top of page 2. That’s three placements for the same video, all for the same search query. (If you’re not optimizing your videos, this is a good time to start.)

Images and videos aside, Google’s renewed interest in search-result diversity should be positive. After all, sites at the top have stronger visibility. And that’s the goal of SEO.

There are many theories for this. For one, if the featured snippet includes the answer to a query, there’s no need to click to the site. Or it could be that searchers have the equivalent of banner blindness and mistake the snippet for an ad.

Nonetheless, showing only a site’s featured snippet and not its traditional listing is usually harmful, on balance. To confirm the impact on your site, check the Search Appearance tab in Google Search Console’s “Performance” report.

In the example below, the click-through rate (“Average CTR” ) from search results remains consistent at 1 percent for both the site overall and listings with “Rich results.” This isn’t a precise measurement, however, since rich results covers every kind of snippet: from product to recipe to featured. And many ecommerce sites will have product rich snippets, thus skewing the data. 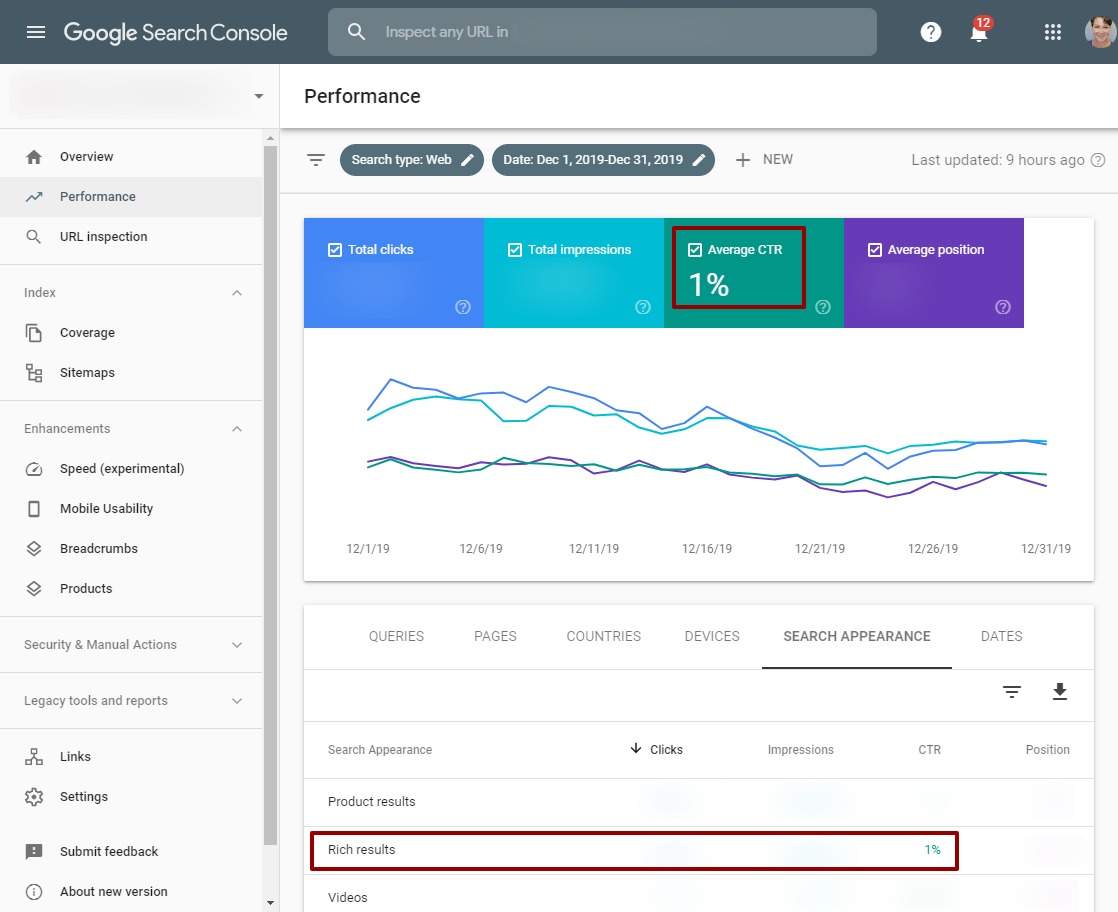 Google Search Console’s Performance > Search Appearance report includes the average click-through rate on search results. In this example, the rate is 1 percent for both the site overall and listings with “Rich results.” But “Rich results” is more than just featured snippets. Click image to enlarge.

It’s worth noting that enterprise SEO platforms — seoClarity, BrightEdge, Searchmetrics — could provide a more refined version of the above report.

If featured snippets produce fewer clicks and conversions than traditional product listings, you have a couple of options.

First, decide what you want out of search: awareness or revenue? If it’s awareness, featured snippets are the place to be. Awareness is best achieved with low-converting pages anyway, such as product manuals, how-to instructions, and FAQs. And it’s those pages that typically appear in featured snippets.

If your goal is revenue, however, look closer at the snippet itself. Construct the content in the snippet to entice the searcher to click for more information or to act.

You can also optimize your images since image placement in featured snippets does not preclude a traditional listing high on the page.