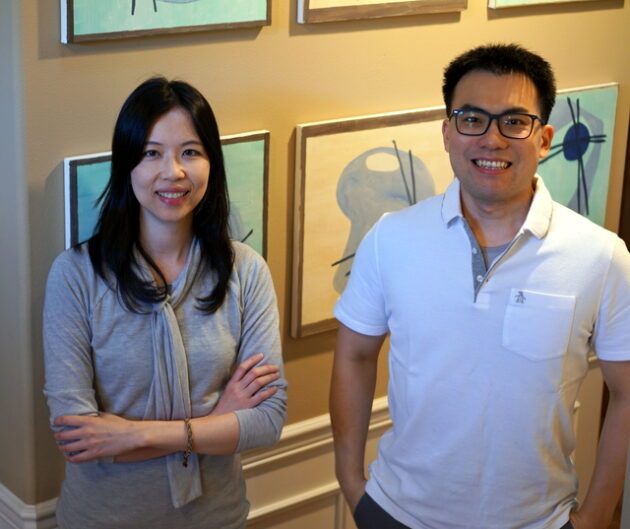 Rushin Liu likes panning for digital gold, sifting through and reading promotional emails and newsletters for nuggets of useful information. But even when the messages were automatically sequestered into a folder for commercial correspondence, the good emails were getting drowned out by the unsolicited junk.

Liu, a software engineer, wrote a simple prototype of a program making it easy to toss the promos from sources she didn’t want, and keep the ones that she did. She liked the tool and so did friends who tested it out for her.

Liu had always worked for corporations — the Disney Co. and Demand Media (now Leaf Group) among them. But the positive response from people using her tool propelled her to launch a startup to address a problem that interested her.

“If you have the ability to build something, will you choose not to build it and let others take over?” she asked. “Or can you build it and solve a problem.”

In 2017 Liu launched her startup, naming it Groota in a nod to her favorite Marvel Comics character, a tree-like creature called Groot. Her co-founder is Cho-Min Chou, a software engineer who has worked at the Yellow Pages, Warner Bros. Entertainment and AOL. The company is based in Redmond, Wash., located east of Seattle nearby Microsoft.

Liu is particularly concerned about privacy, and Groota does not copy or cache emails that its users are filtering. The tool is only for an email “promotions” folder, not the more personal exchanges in the “primary” tab. Groota is also working on a tool that can remove tracking information that companies can insert into emails to monitor users’ actions. The team hasn’t released the tool, and is still researching the market interest.

Liu realizes that many users might not be aware of how much they’re tracked, she said. “They’re not aware of the problem.”

The founders are considering different monetization models, including a low monthly fee of perhaps 99 cents, but they haven’t settled on a strategy or price. There are companies offering related services for free but they sometimes require users to give them access to sensitive emails with receipt and shipping information, Liu cautioned.

Liu declined sharing how many people have downloaded the app. The company has been growing organically so far, and will be investing in marketing and partnerships to increase downloads over the coming year.

Our goal, said Liu, “is to be the ‘no soliciting’ sign of everyone’s inbox.”

We caught up with Liu for this Startup Spotlight, a regular GeekWire feature. Continue reading for her answers to our questionnaire.

Inspiration hit us when: A 60-year-old man who was a frequent online shopper told us that he had to create a new email account every year to break free from promotional emails that filled his inbox. We think this is a universal problem for people who get emails — myself included. I’m one of those people who reads newsletters and promotions, and had a hard time managing the messages.

VC, Angel or Bootstrap: Bootstrap. Investors who believe in the business model of user privacy first are yet to be found.

Our ‘secret sauce’ is: One for all, and all for one — the Seattle startup entrepreneurs are the best community we’ve experienced. We joined the Female Founders Alliance and were amazed to find that fellow entrepreneurs wanted help each other to succeed, even if you aren’t paying them or don’t have something to barter.

READ ALSO  Why to choose 3D for your next virtual event

In different meetup groups, founders offer to download your app, just to find out what you’re doing and support you. I had the chance to reciprocate recently with a founder needing Photoshop help, while an AI expert helped me talk through a challenge I was having.

The smartest move we’ve made so far: We started our product development with one platform (iOS) and one mail client (Gmail). This significantly saves our tech resources and allows us to iterate fast.

The biggest mistake we’ve made so far: A wise person once said: “Simplicity is the ultimate sophistication.” We made the mistake of not embracing simplicity and spending more time than we should have on building bells and whistles for our app. In the past, we had users ask for new features, including one that allowed them to forward promotions to a friend. We built it, but didn’t do surveys to figure out how many people were truly interested in it, and few people used the feature. Since then, we’ve been conservative in putting in new features.

Which leading entrepreneur or executive would you most want working in your corner? Sebastian Thrun, co-founder of the online education company Udacity; founder of Google’s “moonshot factory,” GoogleX; and Stanford University professor. We loved his insights on online education and his broad knowledge in many non-tech areas.

Our favorite team-building activity is: Coffee runs. The newsletters in our system notify us which days are the best days to get discount coffee!

What’s the one piece of advice you’d give to other entrepreneurs just starting out: Prepare yourself for failures, and don’t operate in fear.