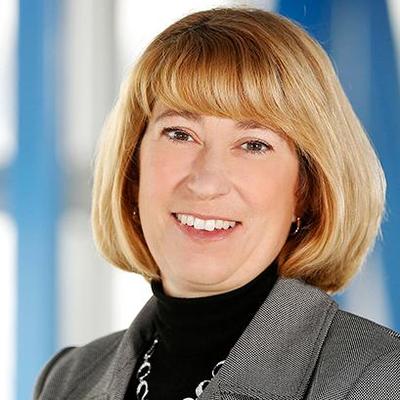 When it comes to Canadian tech hubs, the province of Nova Scotia rarely comes to mind – but it should.

Nova Scotia’s world-class post-secondary institutions like Dalhousie University, which has often been leveraged when promoting technical innovation in the region, garners a lot of interest. Retaining that talent to grow the tech scene in the province, however, has been an ongoing challenge. Students graduating from those programs often leave for what they deem as greener pastures in Ontario, Quebec, or the U.S., according to Laurel Broten, the chief executive officer of Nova Scotia Business Inc. (NSBI), the province’s business development agency,

But over the past two years, the province has found a way to retain the talent it produces, leading to a burgeoning tech hub on the country’s East Coast.

“We educate students from all across Canada and around the world. We have many more students that come to Nova Scotia, than our kids who grew up in Nova Scotia. And so our talent pool that we can draw upon, is very vast. In the last year, we would have had more young people staying in the province than leaving,” said Broten in an interview with IT World Canada.

According to the most recent numbers from Halifax Partnership, 12.6 per cent of Nova Scotia’s international post-secondary students chose to stay in the province after completing their education. This was the third year in a row that number was on the rise.

But it wasn’t just international talent coming to the province and staying. Nova Scotia saw some of its highest interprovincial net migration numbers between 2017-2018. It saw net migration totaling 1,182 people; with the largest gains in the 25-39 demographic, according to the same release from Halifax Partnership. Young people are moving to the province to start their careers, and it’s helping develop the local economy.

Broten said Nova Scotia ranks among the top provinces in the tech landscape of Canada for future generations; but she admitted that there is heavy competition.

“There’s no doubt that we know from experience of working with our clients that we are competing aggressively with other parts of Canada and around the world. It is a global competition for talent and our strong education system and our strong ability to recruit new immigrants and Canadians that might come and relocate to Nova Scotia, I think will bode well for the future,” she said.

What exactly changed in recent years?

One of those partnerships is with IBM Corp., which NSBI was instrumental in orchestrating back in 2012. This union has brought with it many benefits.

In March, IBM brought its Pathways in Technology Early College High School (P-Tech) curriculum into elementary schools, high schools, and colleges (like Nova Scotia Community College) across the province. This not only enhanced an already strong educational system but brought uniformity to the education of young people with an interest in technology. The program officially opened its doors to students in September.

Along with the educational benefits, IBM offers guaranteed job interviews to anyone who completes this curriculum.

“We saw this as having an ability to actually blend together post-secondary and high school to make a natural track. For our graduates, we saw this as the ability to continue to grow the workforce and attract more people into a program that had a better fit, potentially, for their current situation to then engage with IBM or another technology firm as an employer in Nova Scotia,” said Dave McCann, the vice-president for Canadian public sector and global business services at IBM.

When IBM first teamed up with Nova Scotia in 2012, it made a promise to create 500 jobs in the province by 2020, and according to a blog piece from NSBI, they are well past that target. Together, they’re on track to creating an additional 250 jobs by the time that deadline comes around.

This has lead to IBM having approximately half of its workforce in Nova Scotia coming from schools in the province, according to McCann.

The second major initiative that Nova Scotia worked together with IBM to develop was the IBM Client Innovation Centre (CIC), which opened its doors in 2013 and is the first of its kind in Canada.

Not only has the centre served as a hub to develop technology and the related skills to match the needs of IBM clients, but it’s also become an incubation hub for innovation focused on localized issues.

“What we saw was, in the province of Nova Scotia, the desire and the citizen expectation to see continuous innovation. And that allowed us to start, collaboratively with the province, this idea of an innovation garage,” said McCann. “And it’s all about allowing the entire ecosystem to come in, participate, and work with all of us in partnership to deliver innovative solutions for the problems in Nova Scotia, but more importantly for the citizens.”

One such example of a localized problem was the need to have a system to track down AEDs (heart defibrillators) when they’re needed in an emergency. These locations are often difficult to track down.

In just 10 weeks, through the use of this innovation hub, students and other tech enthusiasts were able to accelerate the development of an app that provided a solution to the problem. Today, the app is in its pilot program stage. Not only does the app track AEDs and lead you directly to them, but through the implementation of IoT technology, it can actually tell you how much of a battery charge each of the units in your area has as well as how recently the unit was serviced.

McCann says that innovation like this has been very encouraging when assessing the success of the CIC.

“If you just look at some of the broader components that Nova Scotia brings in terms of cost of living, if you look at the fact that they’re on the ocean, you look at their airport, you see the international flight schedule they have as well as the ability to almost get anywhere in Canada with a direct flight, they have many of the attributes of some of the larger cities, but without necessarily being as well known in the space of tech,” said McCann. “We strongly felt like they had that the characteristics of being a leading hub in this country, and that’s proven to be quite successful. I think those pieces coming together were key elements of success.”

For other provinces that may be not as well-positioned currently, or not possess the post-secondary education system that Nova Scotia does, McCann said there are lessons to be learned from Nova Scotia. Chief among them, the idea that you should not try and replicate what another province has done, but instead look to leverage the strengths you already have, as Nova Scotia did with its education system; citing examples like the oil and gas industry in Alberta and the farming industry in the central provinces of Canada.

By leaning on these industries and taking inspiration from the problems they face as they look to modernize themselves, the rest of Canada can jump up to the top of the tech landscape the same way Nova Scotia has.

“Those are examples of strength that those specific provinces would have that I think gives them a huge advantage to inspire growth. There are natural synergies to that marketplace that could help build different types of skills or different economic advancements that are impactful to that progress.”


The Zen of a Connected Business