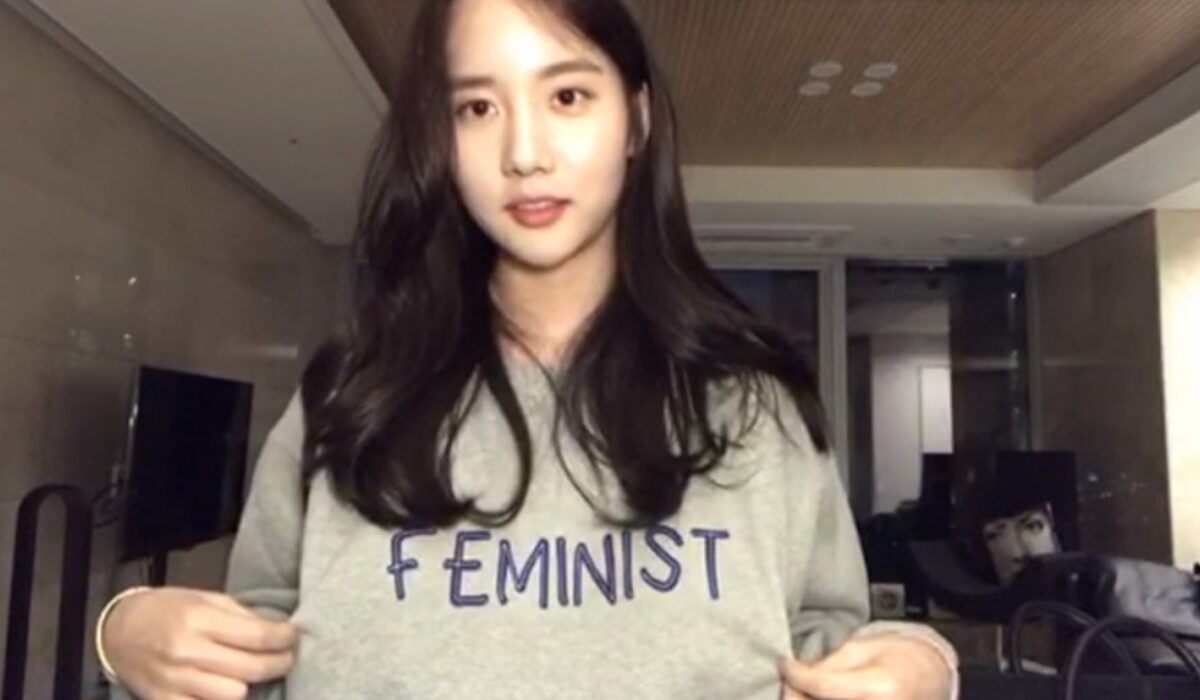 During the recordings, she expressed her reasons for voicing her strong opinions on her being a feminist. She said, “I know that me appearing in front of the public can be too much at the moment. There could be differences in expressions but people who see me as a straight-forward person may have a feeling of antipathy towards me.”

She continued, “If I said things in a good/calm way, no one listened and I know that because that’s what I’ve done until now. I have to voice my opinions strongly for it to become newsworthy. If I didn’t do it this way, things like me being a feminist wouldn’t even have gained attention. There are definitely things I say in a more forceful ways.“

She finished off by saying, “We as feminists are experiencing all kinds of reality and I’m speaking for those can’t speak out about it. I think people will be able to understand more about the issue through me.“