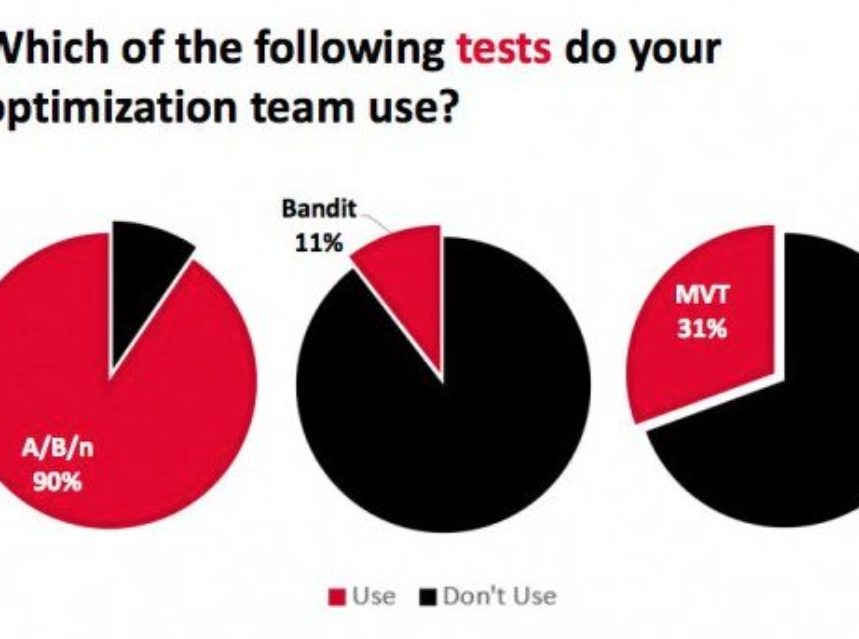 Chart of the day: Most marketers are not using Bandit, a CRO testing method.

Most marketers are doing A/B testing, whilst Multivariate testing and Bandit testing, are less used. 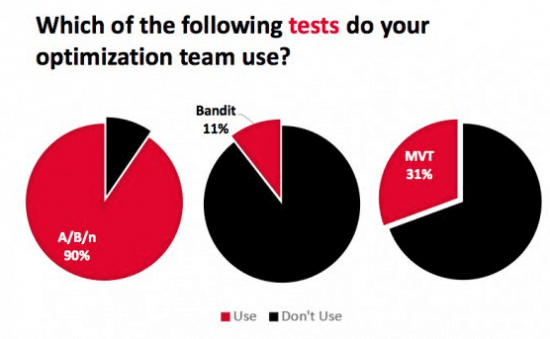 What are the differences between each method?

A/B testing involves testing two versions of a page. There is a challenger and a control (usually the original page if you’re testing a different version against an existing page). Visitors are randomly assigned a version. Tests usually continue until a page (or version) is statistically (and significantly) better than the other.

The diagram below by Crazyegg shows the difference between Bandit and AB testing. 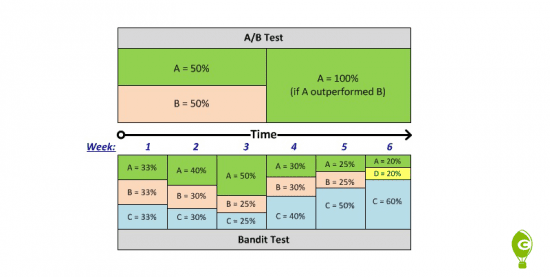 Which method should you use?

It depends on what your testing and for how long.

A/B testing is the most popular method as shown above, it’s also very easy to setup and manage.

Bandit testing is best off used instead of MVT, as it’s similar to MVT but with the added protection that whichever version is winning and most successful, you can direct traffic to this version and hopefully increase conversions quicker.

Is testing structured in other businesses? 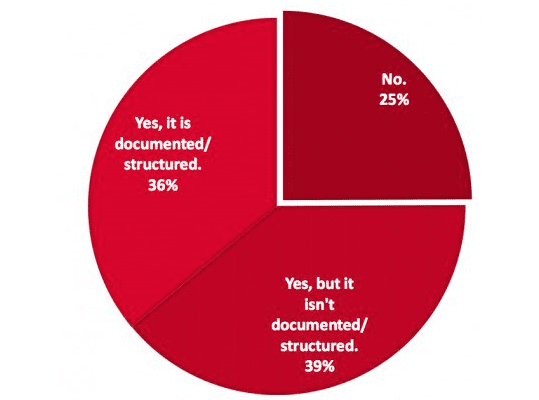 Most optimization, according to a CRO report by ConversionXL, also reveals that most CRO is conducted by one person in the company.