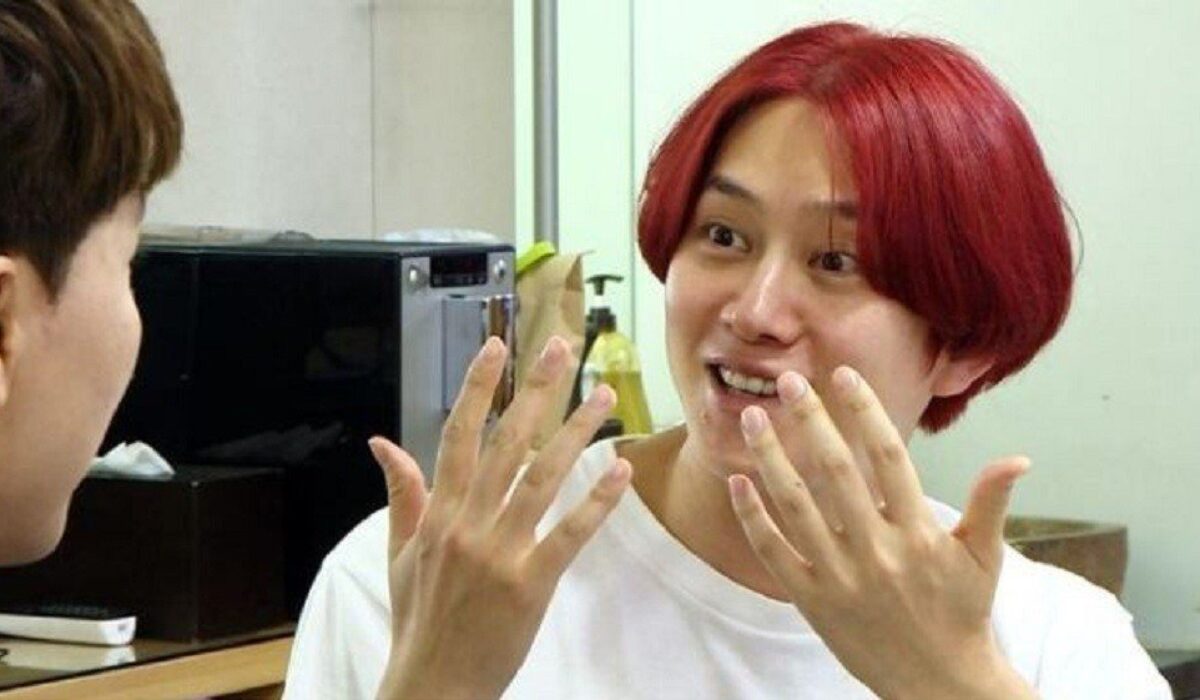 On the September 15th installment of ‘My Little Old Boy‘, Heechul visited his favorite professional manicure and pedicure salon with entertainer Park Soo Hong. At the salon, Heechul revealed that he is actually “addicted to nail care“, as he’s been getting treatment for fourteen years.

“I come here [nail salon] at least once every two weeks,” shared Heechul. “When you start getting these nails done, you can’t bear seeing them get all dirty.”

Back in the studio, MC Seo Jang Hoon agreed with Heechul and, too many people’s surprise, revealed that he also enjoys going to the nail shop quite often. Since not many had imagined this former basketball player to gets his nails done, Seo Jang Hoon explained by himself:

“I knew that this would bring that kind of reaction. But, I go not for my nails but for my toes. It’s hard for me to cut my toe nails since I am too tall. Of all the things that I must do, caring for my toe nails is the most difficult.“

And so, it has been revealed that the former basketball player and boy group idol enjoy going to the salon just for their nails. Seo Jang Hoon also shared that he “gave up [his] embarrassment” when he went to his neighborhood salon for the first time.

Anyone out there who regularly goes to the nail salon like Heechul or Seo Jang Hoon?