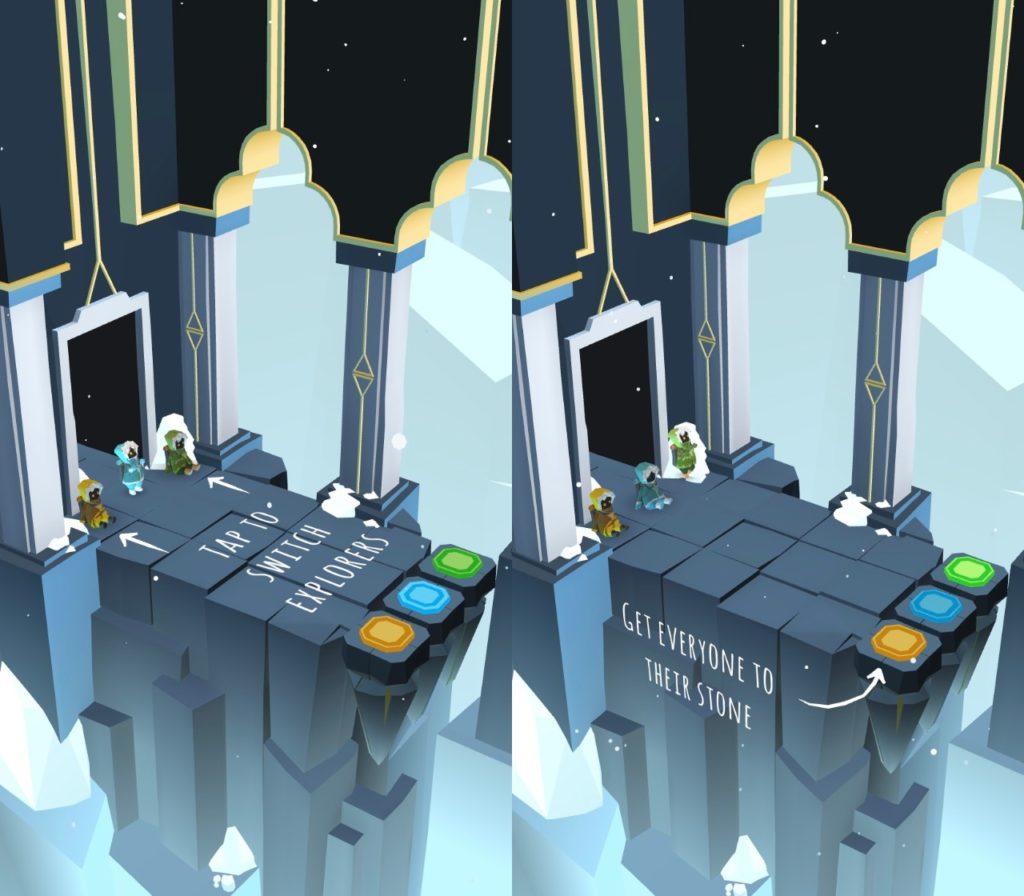 This week, I climbed wintery mountains and helped three explorers conquer obstacles and puzzles to find lost treasure in the game Path of Giants.

Thankfully, I didn’t need a winter jacket to play the game, but I did need to put on my thinking cap because Path of Giants is not easy.

It’s also worth adding that it’s also not free, unlike a lot of mobile games.

Path of Giants was created by Journey Bound Games, a small two-person team based in Vancouver.

The aim of the game is to help navigate Bern, Matchi and Totch over concrete blocks so they can finally reach floating blocks that move them onto the next portion of a level. Each floating block features corresponding colours to the characters.

While the concept sounds fairly simple, it’s not.

The blocks could be arranged in different levels that can only be reached by climbing mini stairs, or by using one of the characters to hoist yourself up. This is where it gets complicated and you need to figure out the right strategy to help the three explorers get to their corresponding coloured floating blocks. Solving the puzzle hinges on utilizing the help of all three characters.

Once you’ve completed stages within each level, the three explorers reach a blocked wall. In order to move onto the next level, you need to tap moving squares on the screen to match up the circuits. Think of it like one of those childhood puzzles where you move pieces around to create an image. 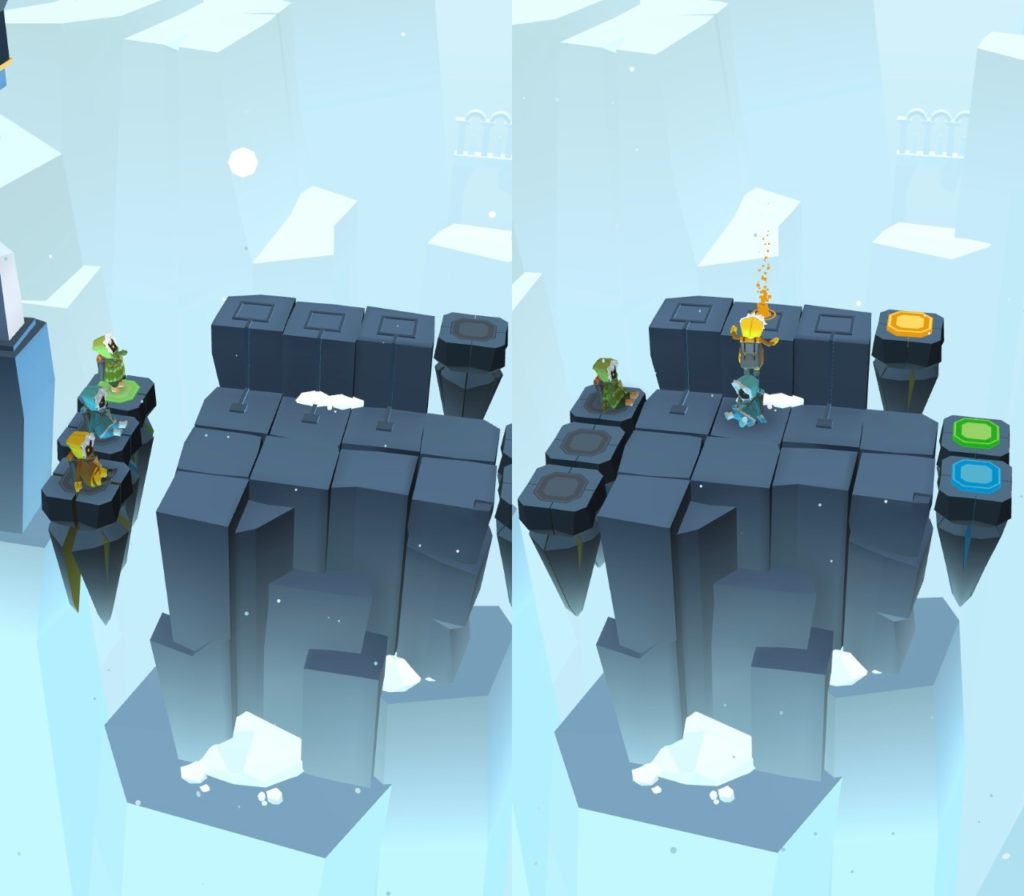 In every level, you collect amulets that are also hidden in little clay pots. To be honest, I have no idea what the point of these amulets are, but they’re around and I collected them.

While level one seems like a piece of cake, I can guarantee that by the time you hit the third level, you’ll be incredibly stumped — at least I was.

While Path of Giants is incredibly challenging, I really enjoyed it.

I probably wouldn’t play it as a decompressing, end-of-the-night type of experience. I remember playing it one night before going to bed and I felt even more exhausted trying to solve the puzzles.

That being said, I love puzzles and solving things. Path of Giants really gets your brain going in a fun way. I also love the graphics because the three explorers are so incredibly adorable.