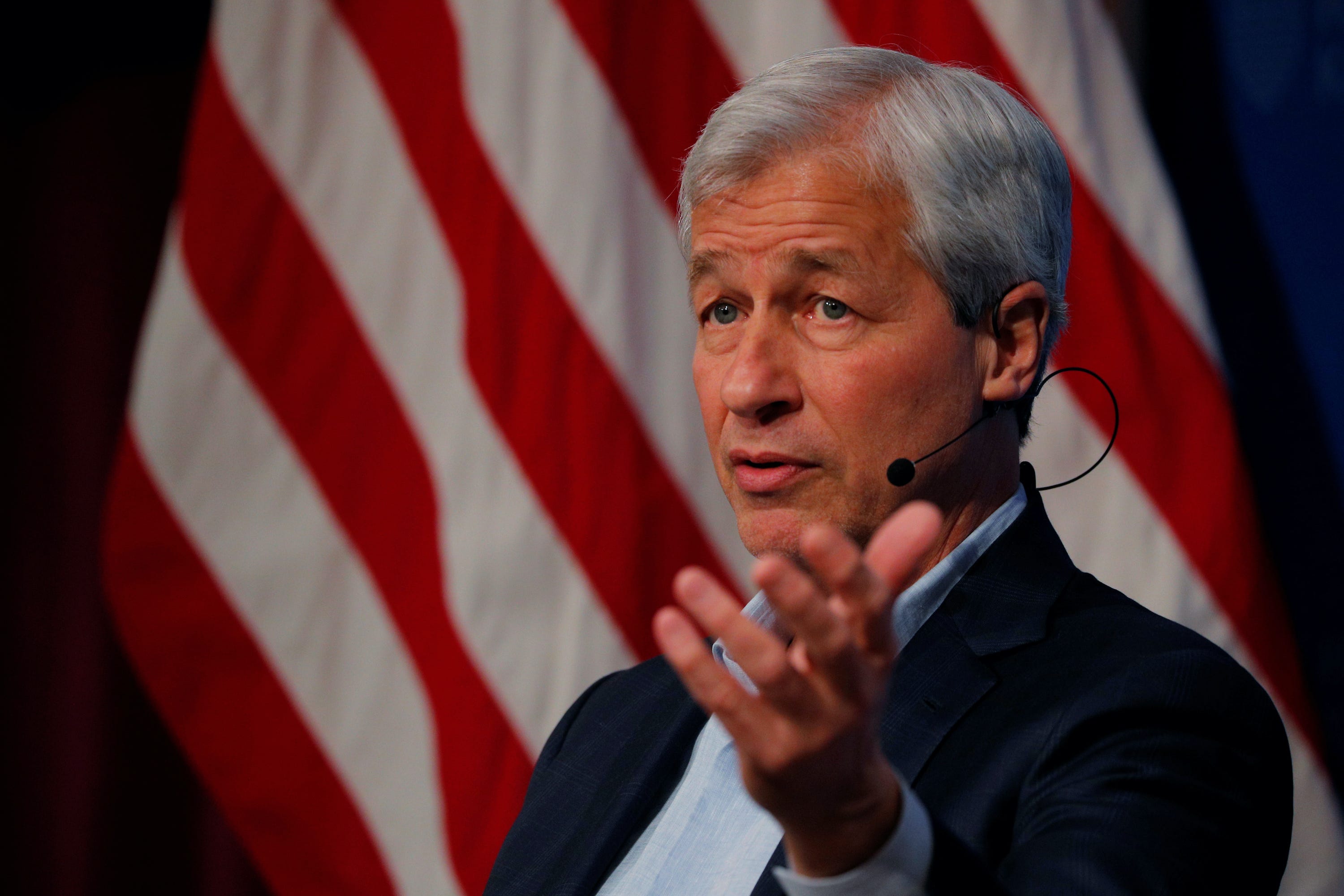 With WeWork weeks away from running out of cash, SoftBank this week stepped in to bail it out to the tune of some $10 billion.

It’s a risky strategy. SoftBank had already invested more than $9 billion into the company, both directly and via its massive Vision Fund. It may well have to invest still more, given how quickly WeWork’s been burning cash. And SoftBank may have to wait years for WeWork to turn things around.

Even if its does, the best case scenario for the Japanese conglomerate may well be that WeWork ends up being a slightly more hip and valued version of IWG, the coworking pioneer that has a market capitalization of $3.5 billion.

All of which begs the question: Why did SoftBank step in? Why didn’t it just let WeWork go bankrupt — or leave a rescue up to JPMorgan or someone else?

A big part of the answer, business experts say, is that SoftBank likely felt compelled to rescue WeWork to shore up its $100 billion Vision Fund, where a total failure of the coworking company would hurt both its returns and its stature in the investing community.

But another part of it is that SoftBank likely believes there is still value in WeWork — and that it can still see some kind of return on its investment. The best way for SoftBank to do that was to take control of the company — and the sooner it did that before WeWork fell into bankruptcy, the better.

SoftBank’s thinking was likely along the lines of “‘If we want to protect our investment…we need to put this to bed, we need to take dramatic action,'” said David Hsu, a professor of management at the University of Pennsylvania’s Wharton School of business. “‘Every single day that goes by in which we don’t have a deal, in which there’s uncertainty, everyone loses — all the internal shareholders lose.'”

Softbank is still a “firm believer” in WeWork

A SoftBank representative did not respond to a call seeking comment. But in a statement SoftBank issued on Tuesday announcing the bail-out deal, it emphasized WeWork’s promise as a business.

“SoftBank is a firm believer that the world is undergoing a massive transformation in the way people work. WeWork is at the forefront of this revolution,” the conglomerate said in the statement. “Since the vision remains unchanged,” in continued, “SoftBank has decided to double down on the company.”

WeWork has been reeling since it officially filed in August for an initial public offering. After the deal faced stiff resistance from potential investors over the company’s massive losses and questionable governance, WeWork first slashed its targeted valuation and eventually pulled the offering.

The failed IPO was more than just a public relations disaster, though. WeWork was counting on raising at least $9 billion in the process through a combination of selling shares in the offering and raising debt in a deal that was contingent on a successful IPO. Instead, it got nothing.

That left it with only enough money in the bank to cover its massive and mounting losses until next month, according to multiple reports. Money was so tight that WeWork is said to have delayed a mass layoff because it didn’t have enough money to pay affected workers.

With WeWork teetering, SoftBank could, in theory, have sat on its hands. JPMorgan was putting together a rival bail-out plan that reportedly would have provided WeWork with $5 billion in debt financing. If that proposal hadn’t come together, SoftBank potentially could have played a waiting game with WeWork and its controlling shareholder, cofounder Adam Neumann, to see which blinked first.

Presumably, the closer WeWork came to running out of cash, the less it would have been worth — and the less SoftBank would have had to pay out. And if WeWork had gone into bankruptcy, SoftBank potentially could have bought it back at a fraction of what it ended up paying.

The problem with such an approach is that playing hardball with WeWork could well have sunk the company, and with it, any hopes that SoftBank would see any kind of return on its investment, business experts said.

“If SoftBank believes that there is value in WeWork, and they want to the save company, avoiding the bankruptcy seems to potentially make sense,” said Filippo Mezzanotti, a professor at Northwestern University’s Kellogg School of Management.

It’s not irrational to think that WeWork still has value, business experts said. The company has a prominent brand and existing leases. There’s clearly demand for the service it offers — short term leases for entrepreneurs, startups, and small teams, they said.

“I got to believe there’s enough assets there that it is salvageable,” said Dan Malven, a managing director at 4490 Ventures, continuing: “There is a need for their product.”

But rescuing WeWork was likely going to become increasingly difficult the closer it got to running out of cash, business experts said.

One of the big dangers was that the uncertainty surrounding its business would prompt its best employees to leave, they said. The company’s already seen the departure of numerous executives in the wake of Neumann’s resignation as CEO and is planning to cut thousands of jobs. It ran the risk that crucial employees would precede or follow them.

“When a company goes into bankruptcy, talent will walk out the door,” said Rob Siegel, a lecturer in management at Stanford Graduate School of Business.

Bankruptcy could have spurred customers to leave

Another worry is that the company’s customers could ditch it for offices operated by other coworking companies. Many of WeWork’s clients are on short-term contracts that they can cancel with as little notice as one calendar month.

With all the bad news surrounding WeWork, those clients had reason to worry that they could be left in the lurch if the company went under, or that the service it provided would get markedly worse. Some might also have started to worry that WeWork’s troubles might harm their own reputations.

Malven, for instance, said he would advise his own portfolio companies to avoid WeWork spaces for precisely those reasons.

“That entire business could be gone in six months,” he said.

Indeed, SoftBank was running the risk of inflicting permanent damage to WeWork’s own reputation. That could be fatal to the company, because the company doesn’t have much in the way of other real assets.

“At the end of the day, lots of the value in WeWork is its brand, which probably would be hurt going through bankruptcy,” Mezzanotti said.

And SoftBank had other pressures on it. It’s in the middle of trying to raise a second $100 billion Vision Fund. The more that WeWork’s value declined, the bigger loss SoftBank and its first Vision Fund were going to have to recognize on their investments in the company. Writing WeWork off completely could have torpedoed SoftBank’s hopes of closing the second fund, the experts said.

“I’m not sure how WeWork going into bankruptcy helps SoftBank in the long run,” Siegel said.

To be sure, there was another option — letting JPMorgan bail out WeWork. But that deal appears to have been half-baked. JPMorgan reportedly only had commitments from outside investors for $1 billion of its $5 billion debt financing.

SoftBank was so unenthused by JPMorgan’s plan, according to Reuters, that it refused to acquiesce to one component of it — that it go forward with a $1.5 billion investment in WeWork that it had previously committed to.

The Japanese giant likely pushed its own bailout plan because it wanted to get control of the situation and a company in which it had so much riding, business experts said.

“SoftBank had to make this move,” Hsu said. “Either they’re going to be passive and watch their $10.5 billion invested trickle away in a way that they don’t have an active way to turn around the ship, or they have to do something like this.”

Got a tip about SoftBank or WeWork? Contact this reporter via email at [email protected], message him on Twitter @troywolv, or send him a secure message through Signal at 415.515.5594. You can also contact Business Insider securely via SecureDrop.