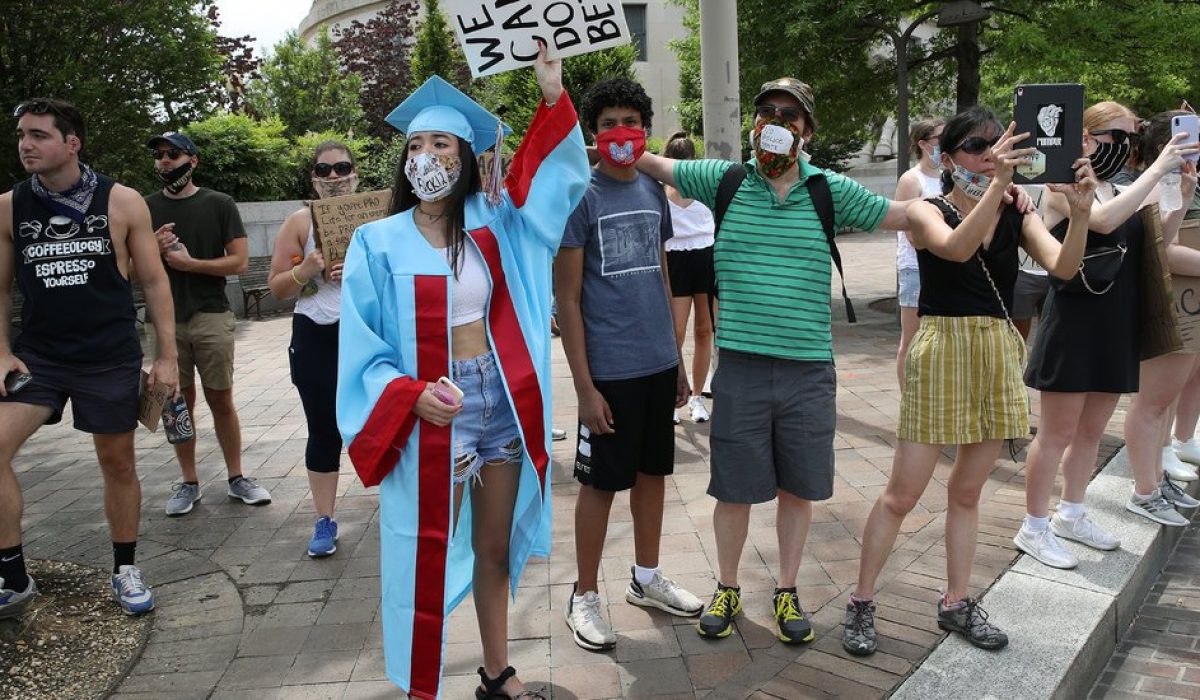 “I get a lot of DMs from people sending racist things their classmates have said online, things people have said in livestreams, on Snapchat stories,” she said. “If I have their Instagram or Snapchat, I’ll post that along with their racist behavior because I believe in having productive conversations. My aim is not to send people to bully these people; it’s to send people to go educate and inform them about what they’re saying and how they’re wrong.”

But often, the result is a social media pile-on: harassment, doxxing, cancellation. Brynna Barry, 16, a student at a Catholic day school in Jacksonville, Fla., learned this firsthand.

After posting some advocacy on Instagram and TikTok for the Blue Lives Matter movement, Ms. Barry, whose father is a police officer, was met with vicious harassment. Her posts spread across her peers’ Instagram feeds, and “my own friends were commenting that I was racist, that they can’t support me,” she said. “Things travel fast. I’m nervous about my address getting leaked.”

For students who have been on the receiving end of racial slurs for years, these Instagram accounts can feel like the only theater of justice they have. Jayden York, 18, a recent graduate of Bowie High School, decided to share a Snapchat post his former girlfriend had made, posting it on his own Snapchat. In it, she used the N-word as she stated that she would “never date” a black person again.

READ ALSO  What Does a QA Analyst Do? Testing Out This Tech Career

Solange Dzeketey, 15, a black student at Pacific Ridge School in Carlsbad, Calif., said that she understands the feeling of wanting justice for having to endure a lifetime of discrimination. She follows one account called Exposing Ignorance on Instagram and has seen students from surrounding high schools exposed for bigoted behavior. But because she trusts her school’s administration, she has shied away from outing peers on social media.