Hoax marketing isn’t something new. And while some of you may be hearing the term for the first time, it’s actually a technique that has been used by brands for decades.

Hoax marketing is basically pranking an audience with something humorous in hopes that the prank goes viral. If you want some examples, just remember the brand commercials you may have seen this past April.

According to Statistic Brain, 89 million people take part in an April Fools’ joke each year; for businesses, April 1 is the busiest day for hoax marketing, since companies can run their tricks without too much fear of people taking them literally. Unfortunately, so many brands do pranks now, many will go unnoticed.

“Hundreds of brands unleash their, uh, wittiest little wonders onto the world,” writes Jeff Beer for Fast Company. “Wonders that, after 24 hours, become the pop cultural equivalent of the plastic island floating in the middle of the ocean.”

While there are benefits to hoax marketing, don’t just run off and start a campaign for your brand. You need to understand that there is a potential downside, too.

Most of today’s hoax marketing takes place on social media, but according to some, it can be a dangerous game. “Using social media for marketing campaigns means walking a fine line,” writes Andreas Illmer for the BBC. “It’s a medium to be handled with great care if you don’t want things to backfire.”

Illmer points out that you are testing customer loyalty and their trust with your brand. It takes a while to build that trust and you could lose it in an instant with a hoax marketing campaign.

A good example is when Taco Bell ran an advertisement in the New York Times in 1996, stating it was purchasing the Liberty Bell and renaming it the Taco Liberty Bell. Despite it being April 1, many people did not pick up on the prank. The National Park Service received thousands of calls from angry people demanding they stop the sale.

Taco Bell did generate quite a bit of buzz, but they left a bad taste in the mouth of many—(figuratively speaking, of course).

“On April Fools’, our brand can earn media coverage and attract the attention of millions of people with a single video ad,” says Ryan DiMillo, Director of Digtal Marketing for Life Storage. The company has run hoax marketing campaigns in the past, and in 2018 introduced “Howie,” an AI-powered robot, that can help you pack and store your belongings. 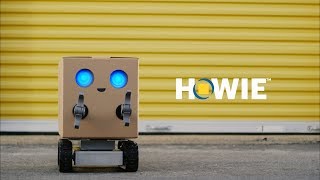 “We’ve found that people are interested in the April Fools’ brand pranks the same way they watch for the ads during the Super Bowl,” adds DiMillo, noting that while similar, it doesn’t cost $5 million for a thirty-second spot.

In addition to using hoax marketing as a branding tool, some companies use it as a chance to show off their humorous side. “We are always looking for disruptive ways to create moments of joy,” says Daniel Birnbaum, CEO of SodaStream. “April Fools’ Day is the perfect time for us to do that.” In 2018 SodaStream partnered with Bed Bath & Beyond to create a way to carbonate your bath water in what they dubbed the “SodaSoak.”

Birnbaum also states it is a way for brands to bring awareness to other areas of their business. “April Fools’ Day allows us to show off our humorous side while driving awareness of the very serious message of sustainability and environmental responsibility,” he says.

Hoax marketing can be a great way to show off your witty side and brand your company. However, there are potential pitfalls and you could alienate or lose some of your customers, whose trust you have taken years to build.

If you are going to attempt a hoax marketing campaign, don’t cross the line, and make sure it’s clear to everyone you are making a joke. If you’re unable to do that, save yourself from a PR crisis and don’t do it at all.

RELATED: 4 Companies That Use Humor in Marketing (And How You Can Too)