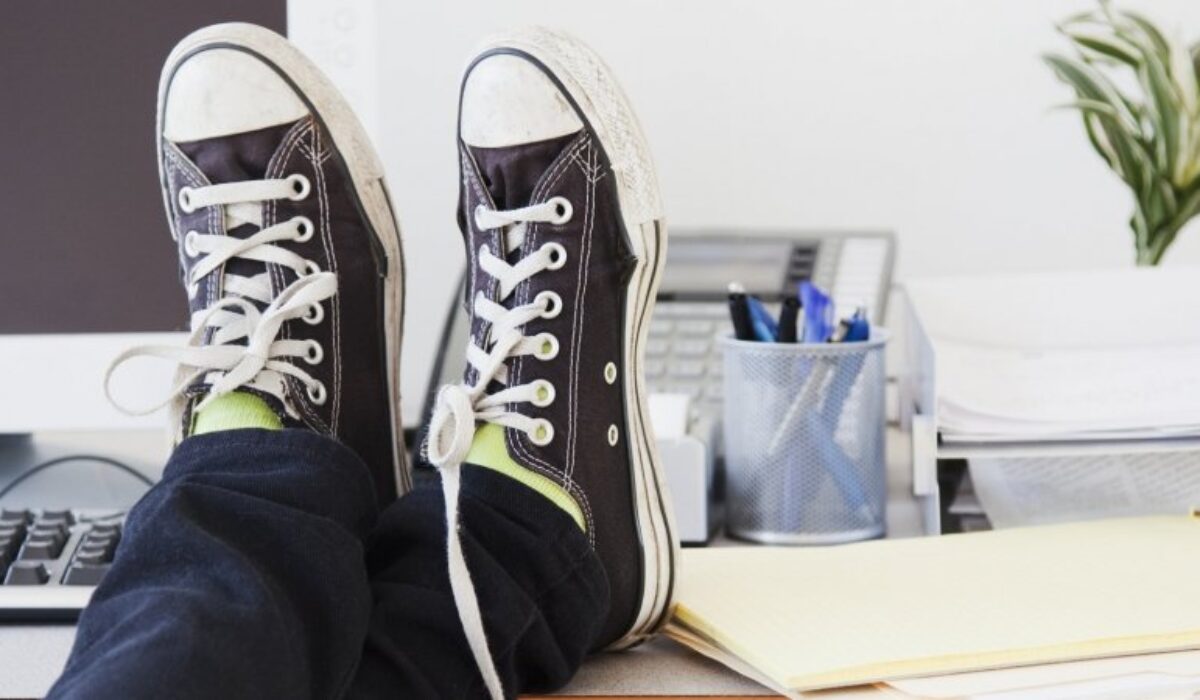 In previous columns, I’ve explained why working long hours is both counter-productive and bad for your health. After a certain point (around 52 hours a week on average), most people start making mistakes and bad decisions.

For me personally, the “working too hard” threshold is much lower. In fact, when I’ve tried to focus on my business writing and consulting for more than about 30 hours in a week, my productivity goes down the toilet.

I discovered the hard way that I’m more successful when I spend at least half of my time in the office doing creative activities that don’t make any money and are completely unrelated to my business. My success (such as it is) requires a lot of goofing off.

For example, over the past eighteen months, I’ve written my daily column for Inc.com and helped more than a dozen clients on sales and marketing strategies and tactics. Financially, I hit my yearly numbers, which I define as grossing at least twice my age.

During that time, I also wrote, directed and produced an animated short film, The Blood Pope, that’s won two awards and selected for showing at several film festivals, including the very prestigious Worldwide Animation Celebration in Los Angeles.

Now, you might assume that doing computer animation is just another form of work. Quite the contrary. When I’m not fooling around with iClone, I spend time playing computer games. I’ve racked up 2,500 hours (roughly 1.3 work years) on the Total War series alone.

Some of my other goofing-off projects include an historical novel (it flopped); an animated Star Trek feature-length fan film that’s gotten millions of downloads; two obscure books on Renaissance history; the actually sorta-kinda famous Tao of Programming series, and even some architectural models.

So, obviously, I’m a world-class goof-off, at least when it comes to keeping my focus on my business. Not that I dislike business… I just think it’s so straightforward that it doesn’t require my full-time attention.

Seriously, I’ve tried–really!–to spend 8-12 hours a day “focusing on my core business.” You know what happens? My creativity dries up. I get writer’s block. I spend an hour futzing over a single paragraph or even a single sentence. I get less done each day. I feel miserable, tired and uninspired.

By contrast, when I’m spending at least half my time goofing off and doing completely unrelated creative activities, then when I finally get to my “real” work, I find it easy to “get into the flow.” I get more work done in far less time. And the work is higher quality than if I tried to work my butt off.

I’m not the only one. According to a recent study published in the Journal of Occupational and Organizational Psychology:

In other words, doing creative stuff that’s not related to your work, makes you more productive at work. Too bad almost no company on the planet gets that simple fact.

There’s no question, in my mind at least, that my “hobbies” (but of course they’re much more than that) are an integral reason why I’ve had what I think most people would agree is a reasonably successful career so far.

I’ve won technical awards and marketing awards; written hundreds of feature articles and market research reports; published several business books (including an Amazon bestseller); helped clients double or triple their sales; given numerous speeches and keynotes; appeared on national television and radio; and twice built a blog from zero to a million pageviews a month.

At this point, I’m financially secure, debt-free, ready and able to put my two kids (now 11 and 13) through college and, with the exception of the occasional heart attack (obviously not the result of overwork), I can pretty much do whatever I want.

Am I a billionaire? Not even close. But I think I’m doing reasonably well. And, frankly, I think I enjoy my life more than a lot of richer folk. Especially the gung-ho workaholics, whom I truly pity.

I’m not setting myself up as a role model and certainly not criticizing anybody who’s decided to live a more work-focused life. But I think I can hold myself up as Exhibit A that it’s possible to be reasonably successful–and probably a lot more successful than myself–while still goofing for much of the time.