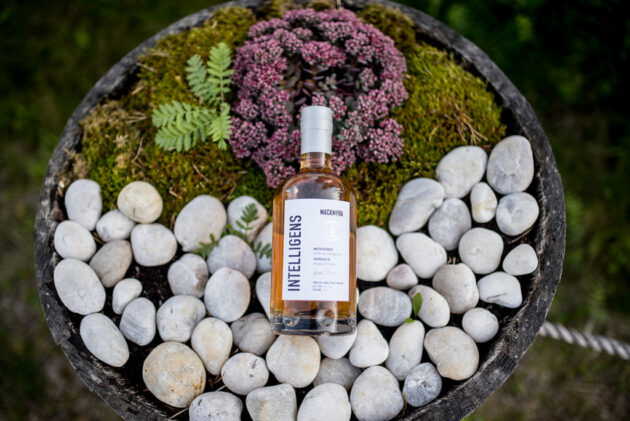 Computer scientists have tried using artificial intelligence to write poetry and compose music, with mixed results. But have they tried using it to make whisky?

We now know that they have, although drinkers in the U.S. will have to wait to judge how the AI experiment turned out.

Jarno Kartela, principal machine learning partner at Fourkind, said in a Microsoft feature about the project that his company went with the cloud-based Azure platform and Machine Learning Studio “for its massive infrastructure … and its ease of deployment.”

Fourkind created a software solution that generated different combinations of the basic ingredients, including grain, water and yeast. The computer model also accounted for the characteristics of the casks where the whisky would mature, as well as pre-existing sales data and customer preferences.

Mackmyra had 75 whisky recipes on its original playlist, but Fourkind’s AI algorithm could generate more than 70 million different combinations for analysis.

At the end of each round of analysis, D’Orazio singled out ingredients that would work well together and corrected combinations that she knew wouldn’t work. Round after round, the algorithm learned more and more about the art of distillery.

Recipe No. 36 won D’Orazio’s nod to go into production.

The whisky, dubbed Intelligens, came onto the market this week. It’s a no-age-statement, single-malt whisky that’s bottled at 46.1% alcohol by volume. Mackmyra describes Intelligens as “fruity and oaky, slightly salty and with a dryish end.”

The first batch of 5,000 bottles is being sold via Mackmyra’s website, at a price of £59.99 ($74) a bottle. But even if you were willing to pay a steep shipping charge, you can’t get the stuff sent to the United States. You’ll have to wait until later this fall to see it in U.S. markets.

Intelligens’ master blender is listed as “Artificial Intelligence, Supervised by Angela D’Orazio.” But D’Orazio isn’t worried that her job is at risk.

“While the whisky recipe is created by AI, we still benefit from a person’s expertise and knowledge, especially the human sensory part, that can never be replaced by any program,” she said. “We believe that the whisky is AI-generated, but human-curated. Ultimately, the decision is made by a person.”

Will the same be said if robots develop human-level capabilities for smelling and tasting? To quote one of this year’s Super Bowl commercials, “It’s only worth it if you can enjoy it.”