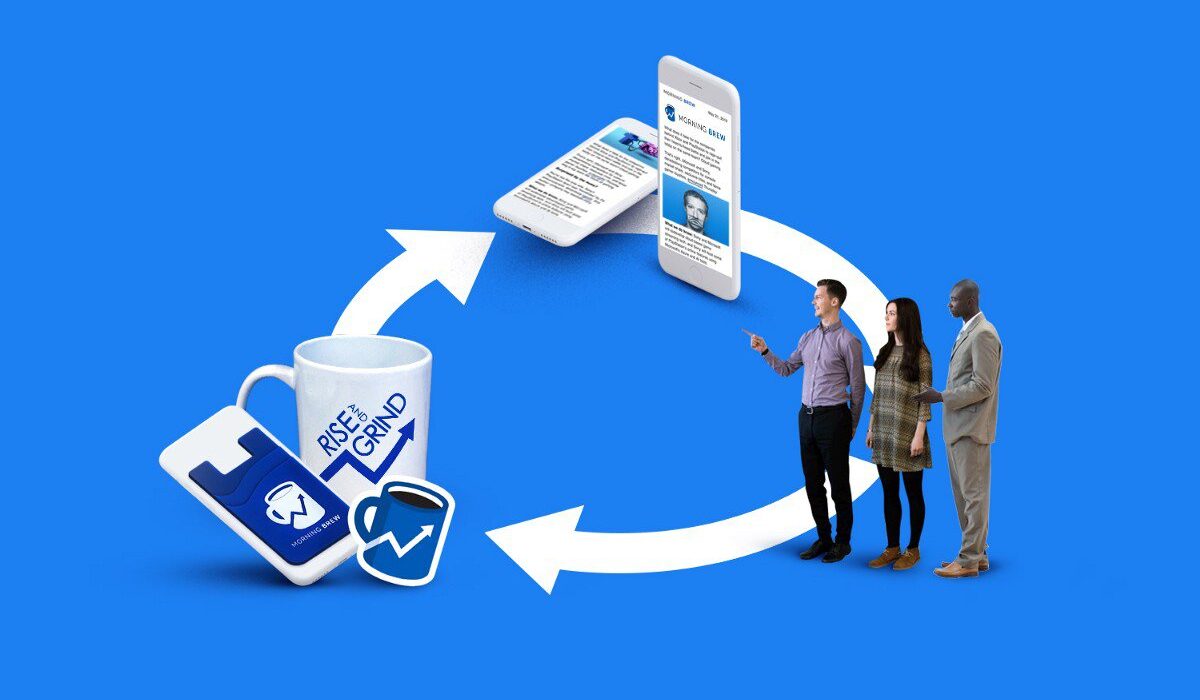 I have been an avid reading of a business newsletter Morning Brew for almost a year now and for a while I thought it had a fairly limited footprint, but have recently learned that A LOT of people read it (1.6 million).

Recently Tyler Denk, Morning Brew’s Senior Product Lead, had a little bit of a publicity blitz by publishing an article on Medium (How Morning Brew’s referral program built an audience of 1.5 million subscribers) and being on a podcast (The Growth TL;DR) focusing on their marketing strategy and its role in subscriber growth. Today I also came across an old post by u/yortb0t that analyzes how they grew so effectively and thought it would be worthwhile to add onto the post with information that was new (at least to me).

I don’t want to be accused of plagiarizing so I’m going to grab some of the 22 points to success that u/yortb0t used and cut out his explanation so that you still have to visit the original post for the full scoop. The explanation under the bullets is my own and recognizes changes since his post about 9 months ago.

The team has definitely grown in recent months with Austin, one of their two co-founders, posting that they are looking for a new space. The team has grown from a WeWork office and now supports multiple newsletters a week (4 in total plus a weekly podcast), but it is still fairly lean for what it provides.

Morning Brew now has 4 Newsletters, the original daily Morning Brew, plus Emerging Tech Brew, Retail Brew, and The Turnout (a political recap) which each has a differing schedule ranging from 3x a week to 1x a week.

The Squeeze page remains extremely simplistic and may have been simplified further since this original post was made 9 months ago.

Morning Brew is delivered on weekdays at about 6 AM Eastern unless you are part of a test group mentioned below. This gives you the ability to add it to your morning routine and increase the open rate they rely on for sponsorship appeal.

It could be said that the subject line is a bit of click-bait or bait and switch but to me they are catchy and related to at least one of the topics in the newsletter. Tyler mentions that they do a pre-release at 5 AM eastern and this is running an A/B/C/D test. Whichever test headline has the highest open rate is used at the full release at 6 AM eastern. They also track the winner each day and identify trends in what subscribers respond to.

I think the referral incentives is one of the keys to Morning Brews growing subscription base. They promote an occasional giveaway, such as a Mac or trip to New York City, so that subscribers can be “trained” on how to refer friends. Once they have figured out that it is easy to refer friends or colleagues they see an increase in referrals. Additionally, if you use the giveaway to refer friends and pick up a couple, you’ll get ticklers at the bottom of your email letting you know you are X away from the next incentive.

The referral program is key because it also builds up the loyalty of the person referring others. From Tyler’s perspective they are creating a loyal customer because you won’t give up on something that you just recommended to a friend or colleague.

They also have experimented with the referral items and the cost per subscriber is extremely low despite the items being fairly high quality.

The swag adds to the culture of status and feeds into item 19.

IMO Tyler goes pretty deep into some of the technology and the strategy seems pretty straight forward but they’ve really gotten it right to grow their audience.

They make sure the product is meaningful to their target audience. Pretty obvious and hopefully most companies recognize this need.