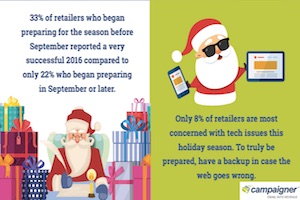 Retail marketers say developing content and promotions well ahead of time is the most effective thing that can be done to prepare for the winter holiday shopping season, according to recent research from Campaigner.

The report was based on data from a survey of 100 retailers who are Campaigner clients.

Some 62% of respondents say early development of marketing content and promotions is the most helpful approach for preparing for the holiday season. 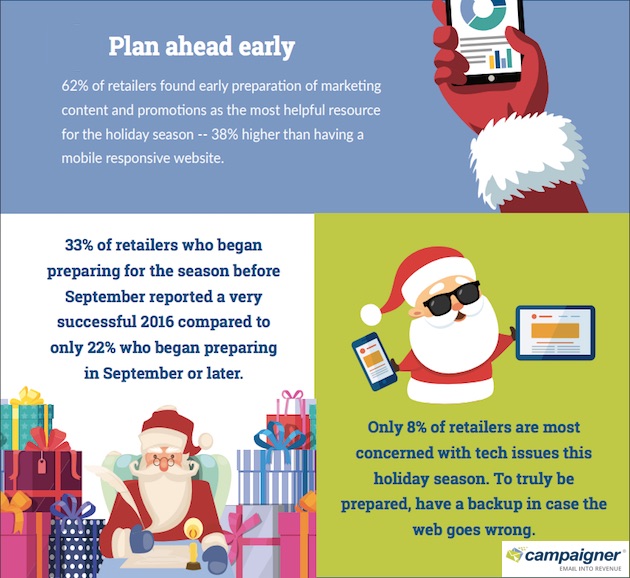 Nearly three-quarters (72%) of retailers say Facebook was the most effective social media platform they used for marketing/selling purposes during the 2016 holiday season.

Some 42% of retailers say they are planning to focus more on social media integrations this holiday season than they did last season. 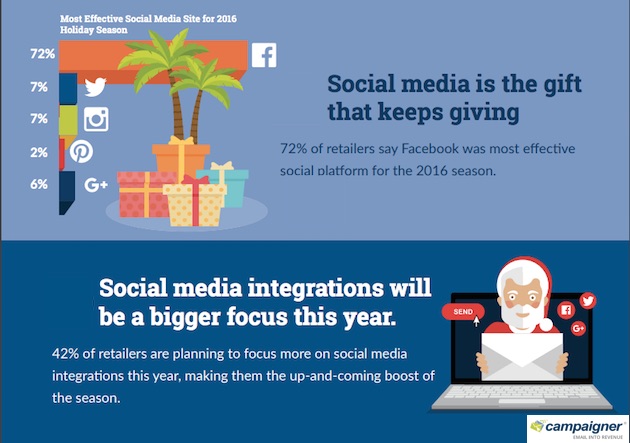 About the research: The report was based on data from a survey of 100 retailers who are Campaigner clients.

READ ALSO  How Much Should You Pay a Social Media Manager