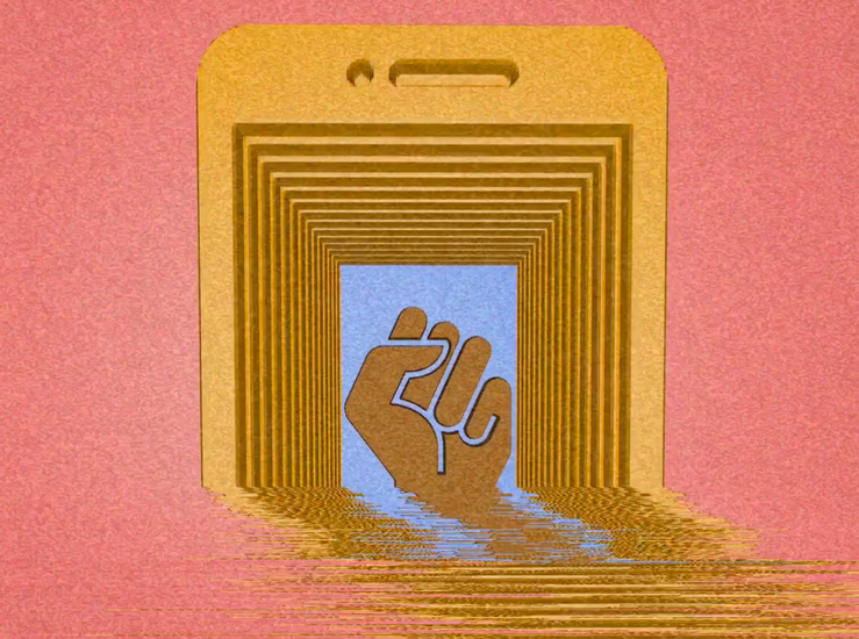 Omar Wasow is steeped in both social media and the civil rights movement of the 1960s. And he marvels at how the two have melded in the current demonstrations against racial injustice and police brutality.

Wasow, a professor at Princeton University and co-founder of the pioneering social network BlackPlanet.com, said social media was helping publicize police brutality and galvanizing public support for protesters’ goals — a role that his research found conventional media played a half century ago. And he said he believed that the internet was making it easier to organize social movements today, for good and for ill.

Here are excerpts from our conversation.

How has social media changed, or not, civil rights protests today compared with the 1960s?

The 1960s civil rights leaders figured out that images in national media that showed the brutality of Jim Crow forced an often indifferent white America to take seriously the concerns of black citizens.

There’s a through line today. The video of George Floyd taken by Darnella Frazier is an echo of the bearing witness of the beating of Rodney King, and before that the images of Bloody Sunday in Selma [in 1965]. Part of what social media does is allow us to see a reality that has been entirely visible to some people and invisible to others. As those injustices become visible, meaningful change follows.

But racial inequality or police brutality didn’t end with Selma or Rodney King. Does the internet change that?

It’s obviously depressing how often excess force by police against African-Americans resulted in protest movements that didn’t ultimately fix the problem. But after Selma, public opinion on concerns for civil rights spiked dramatically. The Voting Rights Act was passed in five months.

The legal scholar Thomas Stoddard talked about cultural shifts leading to durable social change. I think you’re seeing that now with broad public support for the goals of the Black Lives Matter movement.

Are there ways in which meaningful protests are harder now?

Social media radically simplified organizing and coordinating large groups. The downside is there isn’t a deep well of trust among demonstrators, as there was among people who did the first sit-ins of lunch counters and all knew each other.

But if one way this movement has an impact is by having weaker ties but with broad reach, that is OK in some cases. And social media is enabling new kinds of protests. My wife has been doing activism around a chronic health issue, and many of those people are bed bound. Organizing online has been a way to raise consciousness and call attention to the health system’s failures.

Are there lessons from the social networks you ran 20-plus years ago to make today’s online hangouts healthier for the world?

When we launched what used to be called a bulletin board service in the 1990s, our slogan was “the mix is the message.” We were trying to get the variety of New Yorkers to talk to each other. Today there are places online where people can find others like them, and that’s good. But I wonder if there’s also more that could be done on sites like Facebook and Twitter to bring people together rather than sorting them into camps.

Any app maker that wants to sell a video game, a digital subscription or most other virtual goods in an iPhone app has a binary choice: Make people pay with Apple’s payment system and share revenue with Apple, or don’t allow any purchases at all in the app.

A lot of app makers chafe at this choice. It’s why you can’t buy a subscription to Spotify or Netflix from those companies’ iPhone apps. Spotify and Netflix refuse to give Apple a cut of sales, and Apple’s rules mean there’s no alternative.

I understand both sides here. Apple wants to be paid for keeping its app store appealing and safe. App makers say they feel it’s unfair to hand over a chunk of their hard-won sales in perpetuity.

But the status quo does more harm than good. It’s annoying to iPhone users, makes developers angry and risks getting Apple in trouble with regulators.

How about a middle ground: Give people multiple ways to pay.

What if people had the choice to pay for things in iPhone apps with either their Apple account or another payment method of the app maker’s choosing?

It would be easier for you to buy a Netflix subscription in the iPhone app with your fingerprint or face scan connected to your Apple account. If you do that, then Apple would get to take a slice of Netflix’s sales.

But Netflix could also let you create a new account and hand over your credit card details to Netflix. In that case, Netflix would keep all the money. This is similar to the approach on Android, where app makers have the option to let people pay them directly and not share revenue with Google.

This split-the-baby approach might not end all the fights about what Apple allows in its apps. I bet it would resolve a lot of disputes, though, and it would make many apps a bit less confusing for all of us.

This child is enjoying television’s hottest new drama: “Washer,” followed by an all new episode of “Dryer.”