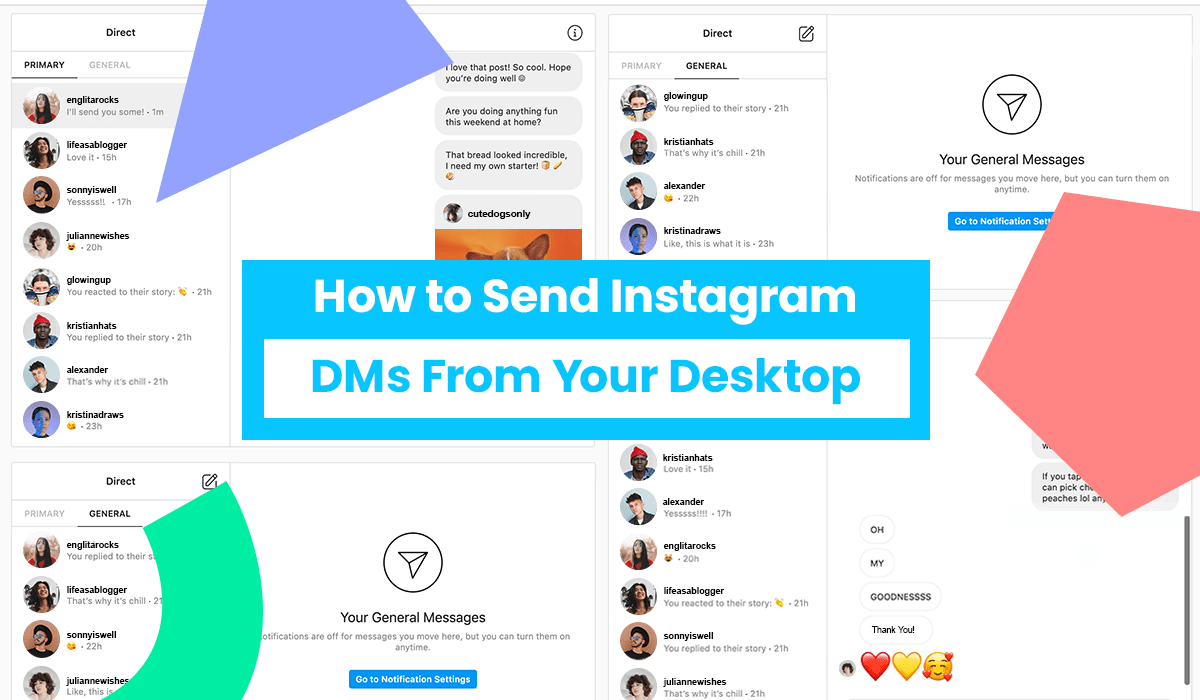 Have you ever wished that you could reply to Instagram DMs from your desktop?

Well, your wish has been answered: Instagram is officially bringing direct messages to the web!

While the feature was first spotted by Jane Manchun Wong last February, Instagram recently confirmed to The Verge that it was rolling out web DMs to a “small percentage” of the platform’s global users (with a potential wide-scale rollout in the future).

Here’s everything you need to know about sending Instagram DMs from your desktop:

The direct message experience on desktop is pretty much the exact same as it is on mobile, so there shouldn’t be much of a learning curve.

To start, head to your home feed on Instagram’s website and tap the DM button at the top of your screen (note: if you don’t see the button, you probably don’t have access to the feature yet!).

From here, you can view your whole inbox, start one-on-one messages and group chats, send photos (but not capture them), double-click to like messages, and more.

You can then search for the person or group you’d like to send the post to (up to 32 people).

The accounts you follow also have a new “Message” button next to their name.

There are some limitations, however! At the moment, you’re still unable to video chat via Instagram, which you can do through DMs on the mobile app.

Receiving a healthy influx of direct messages on Instagram is a great indication that your audience is engaged with your brand and the content that you’re posting.

As such, the new feature should be *very* useful for businesses, influencers, and anyone else who sends and receives a lot of DMs.

There are some concerns, however. According to Tech Crunch, the new feature may contradict Facebook’s plan for end-to-end encryption in all its messaging apps.

This is fascinating, as it cuts directly against the announced goal of E2E encrypted compatibility between FB/IG/WA. Nobody has ever built a trustworthy web-based E2EE messenger, and I was expecting them to drop web support in FB Messenger. Right hand versus left?

Regardless of potential security risks, we know that users are going to love the ability to manage their DMs from the web!

Have you tried the new feature yet? Let us know what you think in the comments!