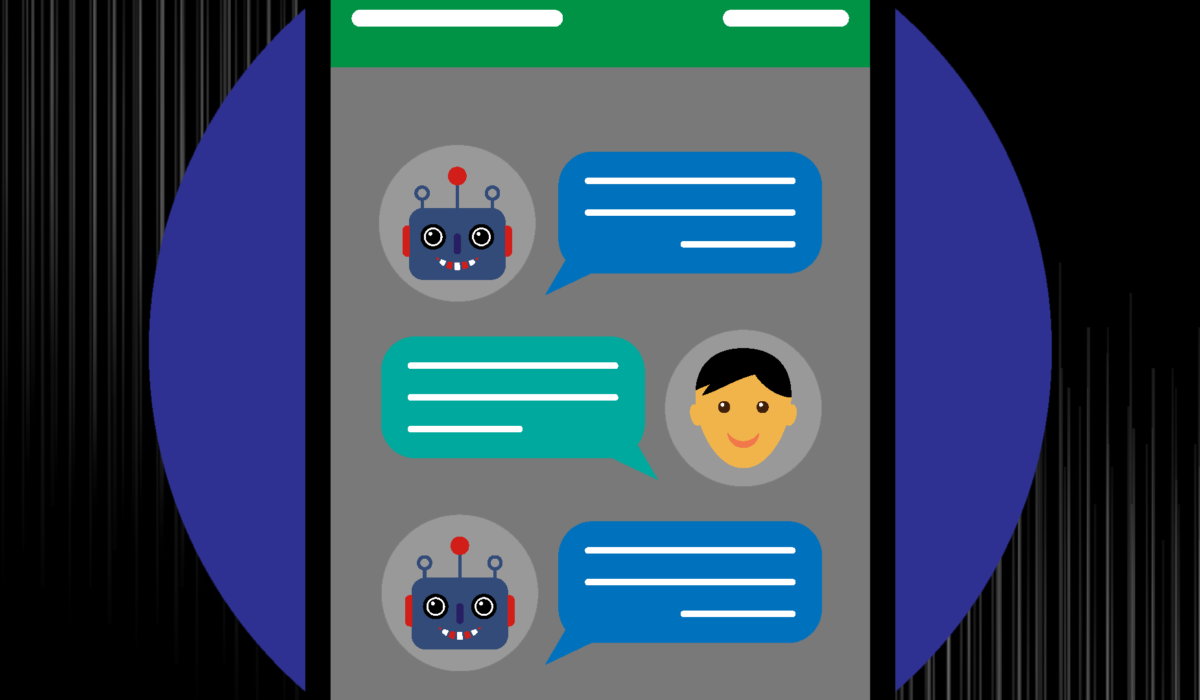 Think back to five short years ago: Facebook IPO’d; Oxford American Dictionary named “gif” its word of the year; and your only options to order pizza were by phone or on a website.

Now, Facebook stock has only gone up since its much-decried stock market debut, gifs are old hat (though the “jif” vs. “gif” pronunciation debate rages on), and you can order pizza by text, chatbot, Alexa, Google Assistant, Cortana and more.

It’s not just pizza. New technology is changing the way we behave as consumers and marketers. The landing page, once the internet’s gatekeeper and conversion hotspot, is becoming unessential. It’s a middleman that’s growing middle-aged and might not know what “the cool thing” is anymore.

The new conversion platform for brands and commerce?

From AI with love

Where the conversation happens matters.

According to a 2016 Ovum study, 53 percent of American and German respondents stated that they favor talking with businesses through chat apps versus the phone, mainly because of speed and convenience.

Meanwhile, 50.6 percent of consumers responding to a 2016 Ubisend survey said they believed that a business should be able to respond to their queries 24/7.

So, we have soaring usage of messaging apps, and a considerable number of our customers who believe we should be contactable 24/7. But staffing a customer service center 24/7 is costly and expends human capital by the bucketload.

Created by Microsoft (my employer) in 2014, XiaoIce is an AI chatbot that is based in part on Bing’s search technology. She’s designed to have a high IQ, as well as high EQ (Emotional Quotient, or emotional intelligence), to help her build strong bonds and connections with humans.

She’s able to remember and learn from previous conversations, and she is sensitive to emotions. For example, if you chat with her about a relationship ending, she’ll put you on a 33-day break-up recovery plan, checking in with you throughout.

To say she is popular would be an understatement. In just her first three days, XiaoIce was added to 1.5 million conversations on WeChat. On Weibo, she’s one of the most popular celebrity accounts. Can you imagine a bot having celebrity status? She has approximately 40 million users in China, with incredible engagement stats. The average conversation with her lasts 26 turns, and one out of four users has even said “I love you” to her!

READ ALSO  SEO Pricing: How Much Should You Pay?

What we learned from Xiaoice is that people want their tech to be approachable and to adjust to the way we communicate.

WeChat has proven just how profitable that can be.

Did you know, over half of WeChat’s 938 million monthly active users have linked their bank cards to the app? They can easily do a staggering number of tasks — from booking a flight to booking a doctor’s appointment to ordering a new pair of shoes — all without leaving the app.

That’s got to be worth a lot of money, right?

According to estimates by Nomura, WeChat’s average annual revenue per user is $7, compared to $1 per user on WhatsApp.

There are three key steps you need to take to bring your bot from being a twinkle in your eye to the online version of your best salesperson.

You can’t solve world peace with your bot (at least, not yet).

What you can do is consult with your customer service teams, conduct surveys and read customer feedback from as many avenues as possible in order to pinpoint key customer issues. Can a bot address any of these?

If not, then other options include building a bot whose purpose is solely to engage in a fresh new way with customers, or save time and resources relating to customer service.

Let’s think about a bank, for example. It’s quite likely that they spend hundreds of thousands of dollars each month handling repetitive calls like a balance inquiry.

Now, even though it’s a quick question, it usually takes three or four minutes, with the security questions and hold time factored in. It’s not the best customer service experience, and it costs the business a lot of money.

But what if the bank had a chatbot? It would be easy to just use the phone verification (fingerprint in iPhone, for example) and answer the question via a bot.

READ ALSO  New OnePlus 7 Leaks May Not Be Accurate, But Highlight Why OnePlus Is Winning

That’s so easy that a kindergarten bot could do it. More complex questions are well within bots’ capabilities, such as, “Hey, bank, how much did I spend on Uber in May?”

This bot saves the bank money and improves the customer experience. It’s a win-win. Think about how this could apply to your own business.

Your users already have multiple options to interact with you, such as your website or app, so how can your bot compete for attention? Good planning is the key, especially when it comes to the user experience.

The experience needs to make sense to them and appear seamless. The most important consideration is making interaction as easy as possible for your customer. Look at the two options below. Which one do you think is easier?

Example 2 is easier because the user doesn’t have to type anything, and the options are foreshadowed and one tap away. A combination of typing, talking and tapping can make the interaction a lot easier for your customer.

In all of this, remember to make it feel as personal as possible. When the bot addresses the user with, “Hello, Anonymous,” it comes across as rude and impersonal, like an uninterested shop assistant. The bot should ask the user their name, creating a rapport.

Some opinions expressed in this article may be those of a guest author and not necessarily Marketing Land. Staff authors are listed here.

Purna Virji is Senior Manager, PPC Training at Microsoft. Named by PPC Hero as the most influential PPC expert of 2016, Purna specializes in SEM, SEO and Voice Search. With over a decade in search, she regularly speaks at conferences across the globe such as MozCon and SMX Advanced and is a popular industry columnist. An award-winning former journalist, Purna was the CEO of Purview Marketing prior to joining the Bing Ads team. In her spare time, she’s an avid traveler, aspiring top chef and amateur knitter. Say hello @purnavirji.