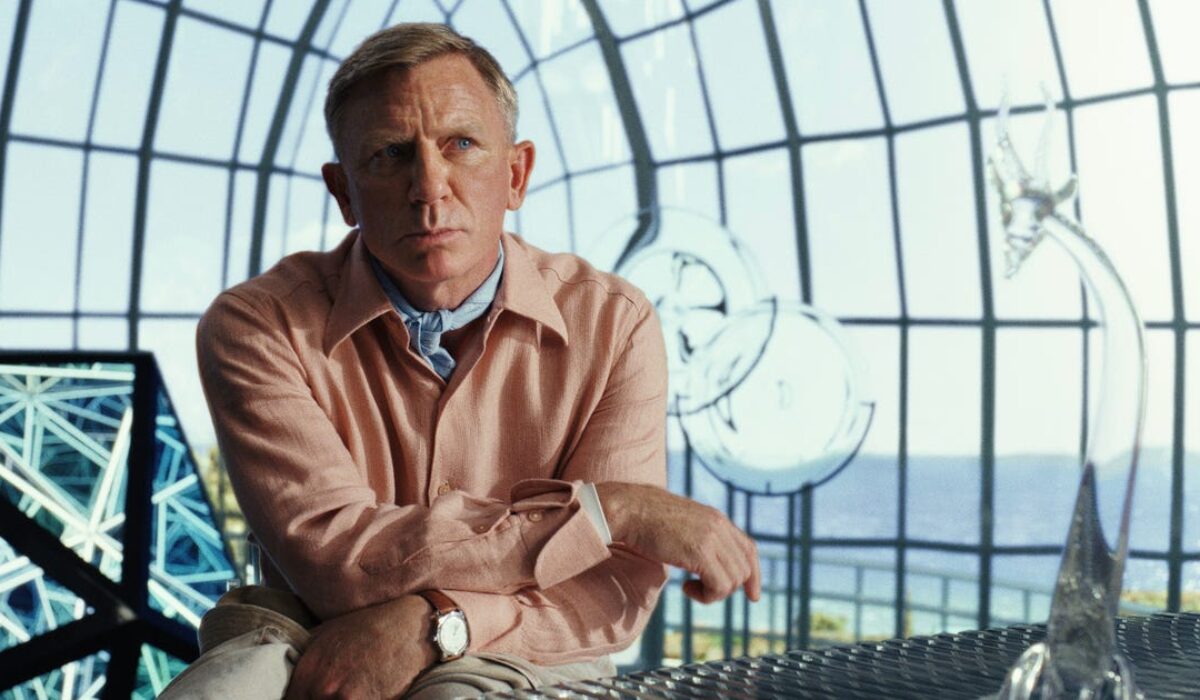 Murder and mystery are a thrilling combination in Glass Onion, the follow-up to 2019’s Knives Out. But before you put on your crime-solving hat — or perhaps a snazzy Daniel Craig-inspired neckerchief — you’ll need to know when you can tune in.

Glass Onion: A Knives Out Mystery will land in movie theaters on Nov. 23, a full month before it hits Netflix in late December. Also, and this is a key detail, you’ll have just seven days to catch one of those theater screenings. Miss those and it seems you’ll have to endure the blackout period before the movie arrives on the streaming service.

Craig is reprising his role as razor-sharp detective Benoit Blanc.

What is Glass Onion about?

The sequel sees a group of friends gather at a lavish private estate on a Greek island. They range from a governor to a scientist to a former model and more. Someone turns up dead, and the culprit could be any of them, according to Netflix.

Why is it called Glass Onion?

The title pays homage to the 1968 Beatles song Glass Onion, according to Netflix fan site Tudum. The idea of “glass” came to director Rian Johnson in the context of landing on “an overwrought metaphor” for Craig’s detective Blanc. With that in mind, he turned to his music library.

“I’ll be very honest. I literally got out my iPhone and searched my music library with the word glass,” Johnson said. “The first thing that came up, because I’m a huge Beatles fan, is ‘Glass Onion.'”

How do I watch it early in theaters?

The film will play in theaters for one week, from Nov. 23 to 29. Netflix said approximately 600 theaters in the US will show the film. Tickets are already on sale.

It’ll debut across chains AMC, Regal and Cinemark, as well as at other theaters in the US and internationally, including Canada, the UK, Ireland, Italy, Germany, Spain, Israel, Australia and New Zealand, according to the streaming service.

When does it hit Netflix?

Movies Coming in 2022 From Marvel, Netflix, DC and More