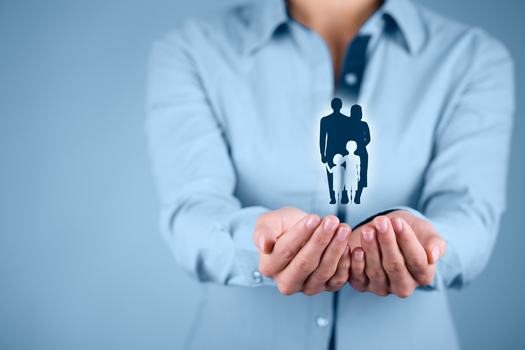 In the battle for legal talent, Florida firms are going beyond big bonuses and diversity pledges in their efforts to attract and retain lawyers: they are now also offering generous parental leave policies.

The six weeks (plus two paid vacation weeks) were vital for Lara Rios, senior counsel at Holland & Knight, and her wife, who gave birth to their second child in July.

“Being able to be home in those early weeks are just so critical to develop a bond with your child and support your spouse who has to recover physically,” Rios said.

The legal industry’s salary arms race can only go so far, especially when it comes to attorney retention. Rios says work-life balance is a hot topic nowadays, and a new generation of attorneys expects a healthy balance. That means paid parental leave policies are going to be increasingly instrumental in attracting new talent, and it will be especially crucial to have policies that account for an attorney’s annual billable hours so there’s no penalty for taking time off, she says.

Only 15 percent of all U.S. businesses currently have paid parental leave policies, according to the U.S. Bureau of Labor Statistics. But in white-collar industries with tight labor pools, such policies are increasingly common, labor statistics show. The tech industry, for example, has been implementing robust paid family leave programs to attract talent for years.

“Law firms are often a trailing indicator of many things, including benefits like these,” said Kent Zimmerman, a consultant with the Zeughauser Group. “But I do think law firms are catching up in this area in enhancing benefits to attract and retain lawyers.”

Zimmerman said leave policies are fairly common at South Florida firms, especially those in the Am Law 200. Larger firms are more likely to have paid family leave, but Zimmerman says he is starting to see more higher-end boutique firms offering paid time off.

“I think it’s appreciated by lawyers. And in a number of markets, firms have enhanced the benefits over the past couple of years as the market has tightened in South Florida and elsewhere,” Zimmerman said.

Joe Zumpano of Zumpano Patricios, a midsized general practice outfit, has made family leave a priority from the early days of the firm. Since 2003, attorneys and staff are given three months time off, fully paid.

And the plan is gender neutral: The father or noncaregiving spouse can also take the three months. This puts his firm in line with the paid parental leave industry first-movers, such as Susman Godfrey and Fenwick & West, which also offer full leave regardless of caregiver status.

To Zumpano, the policy signals to his attorneys that their families come first, and doubles as a way to finally do away with the “mommy track,” a long-running phenomenon where women lawyers are punished for taking time away from their careers to start a family.

“How could you end up loving a firm that would overlook that one possibly rare moment in their life?” Zumpano said. “Our firm comes second to our families. It’s allowed us to succeed and I don’t think we’ve lost a penny in that process. It’s created great stability and great loyalty to our firm.”

Matt Wright, a partner at Zumpano Patricios, took three weeks off last year when his wife had their second child.

“It takes a lot of weight off of my shoulders to have [family leave],” Wright said. “To know that it’s not going to hurt me to take care of my kids.”

Andie Viele, a consultant at Viele Consulting Group, says a stigma still exists for men looking to take time off after the birth of a child, as many attorneys “still feel the pressure of meeting their hours.”

To shift this stigma, not only do firms have to offer paternity or gender-neutral leave, but attorneys have to be comfortable taking it. Wright said he took the time off in part because Zumpano sat him down and encouraged him to take it to help his wife recover from the birth.

“It’s a magical time when you’re starting a family,” Wright said. “You don’t want to miss that opportunity just to get more billable hours in.”